This is no way to talk | The Indian Express

This is no way to talk | The Indian Express 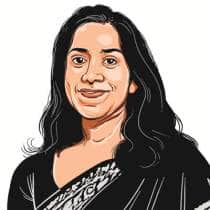 This is no way to talk 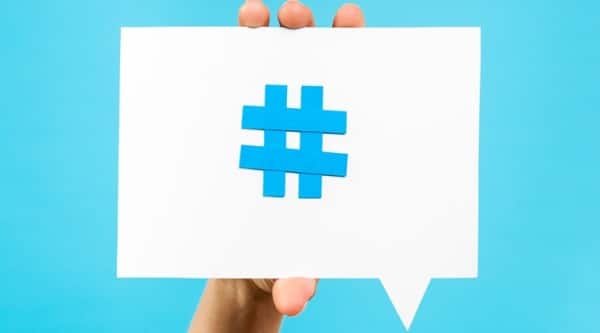 #TalkToAMuslim misses the point, focusing as it does on the image of the “othered” Muslim to be discovered, and made familiar by the open-minded Hindu.
Last week a hashtag, #TalkToAMuslim, began trending on Twitter. Its stated purpose was to encourage Hindus to make an effort to interact with “Muslims” in order to understand the relentless “othering” they encounter in their everyday lives. Such an exercise could potentially open up Hindu minds to the travails of being a Muslim in contemporary India and thus alter their prejudiced ideas about the community. Both Hindus and Muslims participated in the campaign, often by posting images of themselves with a placard and a message which ended with the adage “I talk to a Muslim. Guess they are humans too/ I am a Muslim. Guess I am human too” .
At the very least, it becomes difficult to miss the inherent naivety of the apparently well-meaning campaign. The act of defining persons solely in terms of their religious identity, actual or perceived, misses the whole point of plurality of identities and their contextual nature. It reinforces just what it had set out to resist: An abstract monolithic identity conferred from the outside, usually by the majority, to all members of a faith.
Perhaps the pervading stigmatisation of Muslims, recurrent instances of mob lynching, beef ban and discriminatory institutional practices are material enough for the initiators of the campaign to assume that an average Hindu needs to “talk” to a Muslim. Even then, one cannot overlook the patronising tone of the campaign. It assumes that all Muslims are aware of the trajectory of the community’s marginalisation in independent India. For most ordinary Muslims, whose everyday lives primarily revolve around pursuing a decent livelihood, speaking about “Muslim marginalisation” might not be either a priority or a luxury they can afford. Muslim experiences of being othered and discriminated against are located in their lived contexts and draw significantly from their class and status positions. For the many Muslims working in the informal sector, who often go about looking for odd jobs using fake Hindu monikers, being identified by others as a Muslim is not a coveted option.
None of this is meant to imply that there is no value in engaging with the question of Muslim marginalisation. Our social world is equally composed of performances and negotiations in everyday life as it is with institutions and social processes. Interventions at this level, therefore, hold every potential to bring about gradual changes in institutional patterns.
Recent efforts such as the #KnowThyNeighbour campaign, which consisted of inter-faith iftaars/”dosti ki iftaari” in Delhi and other parts of the NCR and Kolkata, or the #OpenADoor drive, which sought to bring together landlords willing to have Muslim tenants on a common online platform have attempted to do that: Promote novel yet sustainable avenues of positive contact among members of the respective communities. But #TalkToAMuslim misses the point, focusing as it does on the image of the “othered” Muslim to be discovered, and made familiar by the open-minded Hindu.
The politics of “othering”, which began with Partition, has only gained in momentum with the rise of Hindutva forces. It has worked its way towards a perceived Hindu unity by relentlessly casting Muslims as the diametrical other of the authentic Hindu self. The compelling power of this construct lies in the fact that despite the countless instances of personal friendships, the Muslim continues to remain the ultimate enemy in the average Hindu psyche. Any intervention to dislodge an idea as entrenched as this needs to organise itself very carefully and at different levels. Inexpedient social media campaigns could potentially cause more harm than good towards that end.
The writer teaches sociology at Miranda House, Delhi
For all the latest Opinion News, download Indian Express App
Publicado por salud equitativa en 7:11