The lurking bear | The Indian Express

The lurking bear | The Indian Express 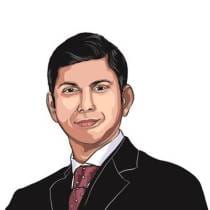 India is not in a bear market yet. But the risks are high enough for investors to turn vigilant
Udayan Mukherjee

India is not in a bear market yet. But the risks are high enough for investors to turn vigilant. The timing of this looming bear phase is not exactly propitious for the Narendra Modi government. (Illustration: CR Sasikumar)

To any casual observer of financial markets, 2018 would appear to be a steady, if somewhat boring, year so far. The benchmark Nifty is up 2 per cent but that, after such a stellar run in 2017, can only be called routine consolidation. Else the ship is steady. Nothing could be further from the reality. The Nifty hides the real pain in the market, offering an illusion of calm. Underneath the surface, a stealth bear is slowly creeping in, strengthening its grip with every passing week. The CNX midcap and smallcap indices, which represent a much larger universe of stocks, are down 15-20 per cent this year. A fall greater than 20 per cent technically qualifies for a bear market. Investors seem fairly relaxed, assuming that it is only a temporary correction, which is always a dangerous sign. Caution is warranted.
To be sure, this is not an Indian phenomenon. In fact, measured purely by the largecap Nifty, India is actually doing quite well compared to its global peers. The damage lies within. But the signs are ominous for emerging markets across the globe. Since March 13, the MSCI emerging market (EM) index is down 13 per cent. Markets like Brazil and China have tumbled 15 per cent, Russia 10 per cent, edging close to a bear grip. More alarmingly, EM currencies are getting whacked across the board. The rupee has plummeted 8 per cent this year to an all-time low, the Brazilian real is down 20 per cent and the Russian rouble 10 per cent. It is a bloodbath, with more likely to follow. The reason is quite simple — money is moving out of emerging markets and flowing into the mother market of the US. The S&P index in the US is up 1 per cent this year, making it one of the best performers of 2018. More crucially, the US dollar index has shot up 6 per cent in the same period that has seen the rout in EM currencies.
Why is this happening? Some perspective on the background is useful. Between 2013-2017, emerging markets, after languishing for several years, staged a smart comeback. Initially, global investors, burnt in previous down-cycles, were cagey but finally responded to the strong returns by pumping in billions of dollars. The expectation was that a new and durable bull cycle had begun in emerging markets. But now, multiple headwinds threaten to puncture this cloud of optimism and investors are slowly flocking towards the exit. They remember the dangers of overstaying.
The starting point of the scare is that global liquidity is tightening at a pace greater than anticipated earlier. US interest rates are rising faster and it is becoming costlier to borrow there and invest in emerging markets. At the same time, warning signs are popping up that global growth could be on the decline, particularly in economies other than the US. Earnings have begun to decelerate and macro indicators like Purchasing Manager Indices (PMI) have turned from green to amber. Global investors, therefore, now seem to find greater safety and returns in the US rather than riskier emerging markets. This is a structural shift in global capital allocation. Things are further complicated by the looming prospect of a trade war that is getting worse, not better. That, on the margin, can hurt growth even more, tipping the scales against EMs. Energy costs are rising with crude oil having shot up 20 per cent in the last couple of months, not good news for several economies. Finally, there is China where liquidity conditions are tightening, triggering a slowdown scare again. The yuan has depreciated 4 per cent in the last 20 days, setting off alarms, particularly in the sensitive commodities market. It’s a lethal cocktail of venoms for EMs where, as seasoned investors will remember, it always starts with a trickle and then becomes a flood.
So, how has the Nifty been able to weather the storm so far? Only because of steady inflows into mutual funds from local investors. This money has gone into a handful of IT stocks because of the sliding rupee and into a few high-quality bluechips. However, the overall inflows into equity funds has been diminishing over the last three months with Systematic Investment Plans (SIPs) being the only saviour. In case fear seeps into the psyche of the Indian investor because of the carnage in the broader market and flows dip further, we could be in for a sharp fall. After all, our market is a somewhat unstable combination of high valuations, stubbornly tepid earnings growth and worsening macros.
We are not in a bear market yet. It is possible that we get away with ranging markets for another two or three quarters without slipping into decidedly bearish territory. But the risks are high enough for investors to turn to hyper vigilant mode. All complacency should be abandoned and even portfolio selection skewed towards the protection of capital. Minnows may be toppling the biggies at the World Cup but in the market, it may well be the other way around. It is always better to be safe than sorry.
The timing of this looming bear phase is not exactly propitious for the Narendra Modi government. The corporate sector may have given up on expectations of reform miracles long back but investors, still basking in the 2017 glow, could yet be positively inclined to the incumbent government. That may change. The stock market may affect only 2 per cent of the Indian population but it may now add to the long line of economic strata that have been let down badly. A tumbling Sensex and a falling rupee don’t exactly make for great headlines on the eve of elections. Fabled for his tight embraces, is Modi about to grip a bear next?
The writer is consulting editor, CNBC-TV-18
For all the latest Opinion News, download Indian Express App
More From Udayan Mukherjee 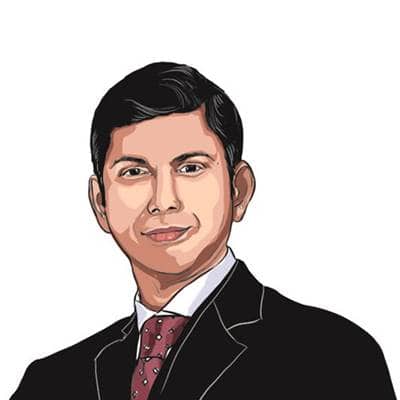