Nothing to hide | The Indian Express

Nothing to hide | The Indian Express 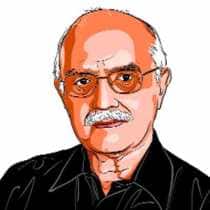 Could we have tackled the Kashmir human rights imbroglio differently?
Vappala Balachandran

Look back at the Narasimha Rao government for lessons on how to handle the current controversy over human rights in Kashmir. Modi government has risked international opprobrium of our security forces, especially the army, as a cruel occupying force. We have also lost an opportunity to present evidence on Pakistan’s complicity to a UN body. (Representational Image)
Could we have tackled the Kashmir human rights imbroglio differently? I wanted to look back at our experience during 1991-1993, which was a more troublesome period for India’s human rights image on Kashmir than now. Yet, P V Narasimha Rao’s coalition government, considered “weak” and not “muscular”, decided to face these crises upfront.
India experienced a relentless assault during that era through “Friends of Pakistan” in the UK and US. A British-Pakistani sponsored “International Conference of Kashmir” held in Virginia, near Washington DC (July 12-14, 1991) saw nearly 700 delegates including Eric Avebury, chairman of the British Parliamentary Human Rights Commission, US Representative Dan Burton (R-Ind) and Abdullah Omar Nasseef, secretary general of the Muslim World League. It was considered a great diplomatic success by Pakistani lobbyists. Following this, Gerald Kaufman, British Labour Party “shadow foreign minister”, visited Jammu and Kashmir in August and proposed to the British parliament to set up a “British Commonwealth Eminent Persons’ Group” under then Australian Prime Minister Malcolm Fraser to “investigate” the Kashmir crisis. Kaufman had already visited PoK in June. The reaction in our Parliament was conveyed by the then home minister, the late S B Chavan, who mocked Kaufman as “half-man”.
Then the Anglo-Pakistan Parliamentary Association and Pakistani Society worked together on Kashmir through favourable MPs like Frederick Bennett and Roy Hattersley to “end that kind of tyranny [in Kashmir]”. Simultaneously, Pakistan moved the European Parliament through MP Kenneth Coates, a member of the influential Inchcape family, to conduct an independent inquiry into the alleged human rights violations.
In 1993, Pakistan sought to introduce a Kashmir-related resolution at the 49th session of the United Nations Commission on Human Rights (UNCHR) now called UN Human Rights Council (UNHRC). Had this succeeded, it would have paved the way for similar resolutions in the General Assembly.
On October 28, 1993, Robin Raphael, then US Assistant Secretary (South Asia), said that the US did “not recognise [the] instrument of accession as meaning that Kashmir is forever an integral part of India”. Pakistan gleefully published it as a US endorsement of their stand. This was not the first time that US diplomats had made such statements. US Ambassador to Islamabad Robert Oakley had said on August 11, 1991: “We do not accept the Indian claim that this (Kashmir) is a part of India”.
Before Robin Raphael’s words, the request by the International Commission of Jurists (ICJ) to visit Kashmir in August 1993 created a dilemma for Indian policymakers. The ICJ was set up in 1952 as an NGO with consultative status to the UN to ensure respect for international human rights. They had clearly indicated that their mission arose from their concern over reports of human rights abuses during “the current disturbances in Jammu and Kashmir”, which had become a “low-level civil war”. Yet, the Narasimha Rao government decided to allow this visit on the ground that we had nothing to hide. As ICJ report had said: “The members of the mission were the first representatives of any international human rights organisation to be authorised by the Indian Government to visit Kashmir since the start of the disturbances”.
The ICJ team, comprising William Goodhart (UK), Dalmo Dallari (Brazil), Florence Butegwa (Uganda), and Vitit Muntarbhorn (Thailand), visited Kashmir and PoK between August 16 and 30, 1993. Their draft report was ready by early 1994. Around the same time, high-decibel propaganda was drummed up by Pakistan and its friends in the West, which was reflected in the media: The ICJ would, in its final report, even question the legality of the accession of Kashmir to India.
This issue was discussed by the Committee of Secretaries chaired by the cabinet secretary. I was present at this meeting representing the secretary (R). It was decided to send an official delegation to represent India and offer comments on the draft report. I suggested to the cabinet secretary that we should include in our delegation an eminent jurist from Bombay who was known to be highly critical of our government, yet one of the best constitutional experts in the country. I don’t want to disclose his name as I do not have his permission. Salman Haider, then secretary in the external affairs ministry, agreed with me as he knew the lawyer well. The ICJ met both Indian and Pakistani delegations in June 1994.
The beneficial result of our government’s strategy was evident in the ICJ’s final 215-page report (‘Human Rights in Kashmir — Report of a Mission’) released in March 1995. No doubt they were critical of some aspects of the visit like the restriction of their movements in Srinagar, in particular Lt General Zaki’s action in not allowing them to meet representatives in a hotel and herding them all to a state guesthouse in a military cantonment. But overall. the report reflected a more favourable view of India than expected. It said: “The ICJ mission believes that the Indian Government is genuinely anxious to improve its human rights record in Kashmir”… During the visit of the ICJ mission to Jammu and Kashmir, it was evident that militant groups had increasingly become violators of human rights”.
They also rejected Pakistan’s complaint that the report lacked “objectivity”. “It is not the case that, as alleged, the original draft has been drastically changed. While it is true that the final text is somewhat more critical of Pakistan — particularly in relation to constitutional rights in Azad Kashmir and the Northern Areas — it is no less critical of India.”
By denying access to UNHRC since 2016, the Modi government has risked international opprobrium of our security forces, especially the army, as a cruel occupying force. We have also lost an opportunity to present evidence on Pakistan’s complicity to a UN body.
The writer is former special secretary, Cabinet Secretariat.
For all the latest Opinion News, download Indian Express App
More From Vappala Balachandran 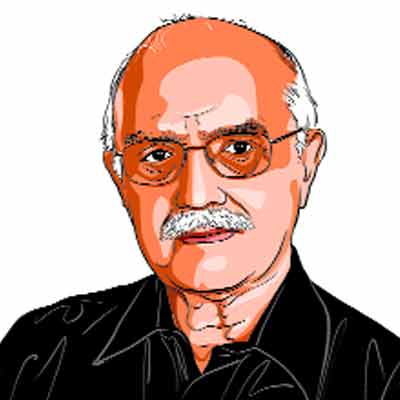