After years of delay due to technical issues, the Rokkasho plant is in the final stages of safety approvals by the regulators ahead of its planned launch in 2021, but critics say that starting up the plant only adds to the problem. 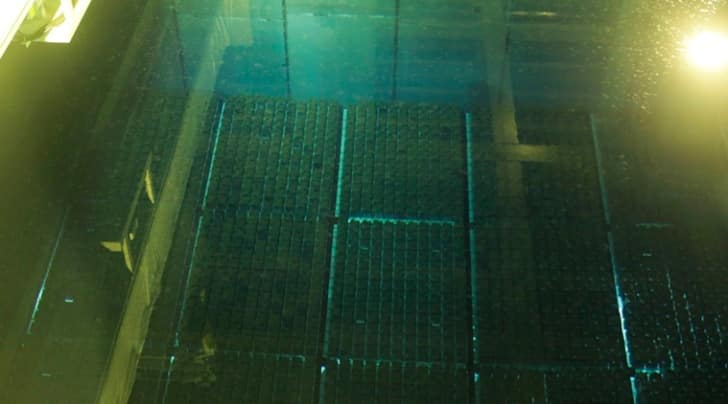 
Japan’s nuclear policy-setting body on Thursday endorsed a call for stricter management of its fuel recycling program to reduce its plutonium stockpile. The annual “nuclear white paper” approved by the Atomic Energy Commission is a response to intensifying pressure from Washington as it pursues denuclearization in North Korea. It says Japan’s fuel recycling program should minimize the amount of plutonium extracted from spent fuel for reuse in power generation to eventually reduce the stockpile.
Japan has pledged transparency and pledged not to possess plutonium that does not have a planned use, but the promise increasingly sounds empty because of the slow restarts of Japanese reactors that burn plutonium amid setbacks from the 2011 Fukushima disaster.
This is a modal window.

Japan suits up with new custom-fit technology
A Japanese online fashion retailer is trying to keep ahead of big competitors like Amazon with made-to-measure clothes. Zozotown helps customers find the perfect fit using special skintight bodysuits called Zozosuits. Here's how the technology works.
Though Japanese officials deny any possible misuse of the material and reprocessing technology, the large stockpile of plutonium that can make atomic bombs also raises security concerns as the U.S. wants North Korea to get rid of its nuclear weapons.
Commission chairman Yoshiaki Oka said Japan’s effort to tackle its plutonium stockpile underscores its commitment to a peaceful nuclear program and takes into consideration the importance of maintaining “relationship of trust with the U.S.”
The commission is compiling guidelines to better manage and reduce the plutonium stockpile. Measures would include some government oversight in setting a cap on plutonium reprocessing and a study into how to steadily reduce the plutonium processed abroad.
Japan has nearly 47 tons of plutonium, 10 tons at home and the rest in France and Britain, where spent fuel from Japanese nuclear plants has been reprocessed because Japan is not able to reprocess it into plutonium-based MOX fuel at home.
The total amount is enough to make 6,000 atomic bombs, though officials at Japan’s Rokkasho reprocessing plant denies any risk of proliferation, saying all plutonium is stored safely and closely monitored by the International Atomic Energy Agency.
After years of delay due to technical issues, the Rokkasho plant is in the final stages of safety approvals by the regulators ahead of its planned launch in 2021, but critics say that starting up the plant only adds to the problem.
The 368 report says burning plutonium in 16-18 conventional reactors is “the only realistic method” in Japan to effectively consume plutonium. Only about 1 ton of plutonium was burned last year.