It ain’t no revolution | The Indian Express

It ain’t no revolution | The Indian Express 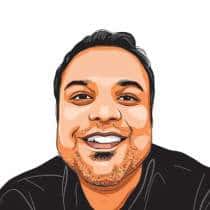 Multiplexes were never about choice. They are about business of film distribution
Sayandeb Chowdhury

It ain’t no revolution

Multiplexes were never about choice. They are about business of film distribution. If a multiplex has to seduce viewers with food options, then there is something wrong with the multiplex format.
Your editorial position on the Maharashtra government’s decision to allow audiences to carry eatables inside movie theatres (‘Price of popcorn,’ IE, July 17) is singularly disagreeable. As a keen reader of your paper, if I offer a few points contradicting the editorial, I hope I will not overshoot my brief.
The issue at hand is whether it was a worthy decision to allow viewers to take eatables inside the multiplex and how it will affect the revenue that multiplexes earn from overpricing the food. The editorial is of the curious opinion that since food earns them revenue, it is incumbent on the multiplexes to bar eatables from outside and then price those inside at rates that are vulgar, if not insane. As if the real job of a multiplex is to sell food at ridiculously-escalated prices and the movie, if at all, is something that comes as a complimentary.
Top News
If a multiplex has to seduce viewers with food options, then there is something wrong with the multiplex format. Unless one is particularly wasteful, one is unlikely to head to a multiplex for its gourmet options and then, as if by accident, sit down to watch a movie. It is the opposite and the food part is only opted for because the “patrons” are left with little choice. Barring food and water inside multiplexes to boost sales is not just discriminatory at every level but an act of downright disdain. A friend would joke that multiplex security personnel look so obsessively for eatables — even leftovers inside lunch boxes — that they would miss locating even the most obvious explosive, in the unlikely case of someone trying to smuggle them in.
What is even more jarring with the editorial is its eye-watering love for the multiplex format. As if India had learnt to watch movies only under globalisation’s push and that benevolent format, now under the evil government’s controlling gaze, is being gagged fatally. Nothing can be further from the truth.
The editorial consistently calls the evolution of cinematic environs into multiplexes as a “revolution,” which is plainly wrong. A quick look at the history of ticketed visual entertainment will show that with developments in technology, cinema had moved from fairground tents to nickelodeons, then to talkie show-houses, then gradually to a variety of wide-screen formats and then to multiplexes. The multiplex is another phase in cinema’s history and that too one betrothed to multinational cash inflows. There ain’t no revolution here. While it is undoubtedly the case that multiplexes have offered unprecedented choice to viewers it is equally true that many single-screen theatres have managed to do the same and successfully. So the choice factor, if at all, is not a matter of technological breakthrough but a result of changing tastes in cinema spectatorship. In fact, in the name of choice, the multiplexes have often given small and indie films short shrift, proving that it is not a question of options but a matter of market-driven efficacy — about which distributor can corner the best timings and best screens.
Not only small and interesting films, the format has also killed single screens. That is something that ought to be noted. Single screens have had their charms, their populist quirks, their curious, intertwined connectedness to their localities, their often unpredictable occupancies and lovable eccentricities. In contrast, multiplexes are like franchises of stale fried chicken and burgers, they are ad nauseum in their plush and boring look-alikeness — the same seats, the same unsmiling guards, the same programmed personnel and of course, the same overpriced, insipid food. And by being so, the format has excluded millions from the pleasures of watching cinema in public.
This is not to say that single screens were perfect. They were noisy, smelly, dirty and more often than not, disreputable. But in most cases, it has not been a fault that lay only with the single screen owners. The Metro in Bombay, Priya in Kolkata, Regal in Delhi or Woodlands in Chennai have shown that lessons in entrepreneurship, willingness to reinvest profits and government encouragement could have ensured the respectable survival of single screens. But in a country where government policy has endangered public health, education and even privacy, one cannot expect it to care for single screen theatres. So, we have a handful of moneyed screen chains which have monopolised the movie-watching business, turning maverick fans, cinephiles and ordinary wide-eyed viewers of the past into “patrons”, who are forced to pay through their nose.
So either way, the editorial’s views in favour of the multiplex are indefensible. And for a change, the Maharashtra government is on the right side of things. It is a decision that should be emulated across the country.
The irony is that the same market which had once made the multiplex a “natural habit”, has evolved into the next phase, threatening the format with the same gesture of abandonment as multiplexes once did to single screens. As we speak, the world has moved into the post-multiplex phase with the phenomenal rise in visibility and accessibility of the DTH formats. I hope you call that one a “revolution” too.
The writer teaches at Ambedkar University, Delhi.
For all the latest Opinion News, download Indian Express App
More From Sayandeb Chowdhury