Don’t laugh it off | The Indian Express

Don’t laugh it off | The Indian Express 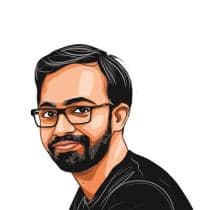 The joke must have a story. It is the task of the stand-up comic to make audiences confront themselves, their time
Arnav Das Sharma


Don’t laugh it off

The joke must have a story. It is the task of the stand-up comic to make audiences confront themselves, their time. Netflix show Nanette is a stand-up special by Tasmanian comic Hannah Gadsby. (Source: YouTube)
Late Tuesday night, my phone buzzed with a text message from a dear friend: “Please, please, please, please watch Nanette. It’s on Netflix.” I wondered why on earth, at this ungodly hour, my friend would urge me to watch something which sounded, for want of a better word, antique? But then I relented, and Nanette popped up on my screen. It was a stand-up special by Tasmanian comic, Hannah Gadsby. Like all stand-ups, Gadsby walks onto the stage and begins to crack a joke. Nothing earth shattering, one might add, at this point. But within 15 minutes, the show gets darker.
After talking about bald babies and Tasmania’s “frighteningly small gene pool”, she casually drops an anecdote about a man in a bar who called her a “faggot” and threatened to beat her to pulp. She doesn’t let this linger, however. She cracks a few more jokes, and then adds that she is quitting comedy because as a lesbian from Australia’s Bible Belt, she has built her reputation on self-deprecating humour about her struggle to come out and refuses to do so anymore. And from here,Nanette stops being just another stand-up and becomes a radical deconstruction of comedy. She hammers on the point that a joke through its very structure — setup and punchline — is vastly inadequate.
Related News
Towards the end, by which Gadsby has touched and demolished everything, from the privilege of being a heterosexual white male, to Picasso’s misogyny, to mental health, she returns to the first anecdote and tells the audience that she lied about it. The man who called her a “faggot” didn’t threaten, but beat her up repeatedly, because she was “different”. That in an earlier incident, she was also raped. And at this point her confrontation becomes not so much with comedy, but the audience, because the audience in order to expect laughter, also in a way becomes a mute spectator, a participant, of brutality and everyday horror, normalising it.
In Nanette Gadsby shows that comedy is insufficient because the very structure of a joke leaves out an essential element: Stories. “Laughter,” Gadsby says, “is not our medicine. Stories hold our cure.” And that leads me to an overwhelming question about India: Here, where brutality and everyday horror — whether it be sexual assault against women, or the marginalisation of our LGBTQIA community, or violence against minorities — are such defining marks of nationhood, why doesn’t our stand-up comedy reflect this? Is it enough for comic stars to be content with posting memes on their Instagram account, borderline funny videos featuring Bollywood celebrities paying lip service to women’s empowerment, while ignoring questions about the gaping gender imbalance which plagues their own industry?
In other words, in this rush to slide from the setup to the punchline, why are the actual stories about our country missing? And as an audience, are we, in not demanding from our comics that they speak about the real world, about real stories, also not culpable in not letting those stories to come out? Because when we decide to brush the ugly and the horrific stories under the carpet, we send a tacit signal that what’s happening is more or less alright. And can a story that has not been told, even claim to exist? Are we not then, volitionally, as a community, participating in collective amnesia?
It might seem a tad unfair to single out the Indian stand-up comedy circuit this way, as if the onus of telling stories that really matter rests only upon them. Allow me to explain. Stand-up comedy — much like literature, painting, sculpture, cinema and theatre — is very much an art, a performance. Within the structure of a setup and a punchline, the comic brings a vast repertoire of characters. The characters can be part of a simple Knock Knock joke, to self-deprecating humour where the comic becomes a character, to situational humour involving one or multiple sets of characters in differing situations. In the very act of writing jokes that make up a performance, like a novelist or a playwright, the comic as an author is in constant search for truth, even if that truth is both multiple and subliminal.
Characters have no existence prior to the very act of writing, whether it’s a joke or a novel. But when brought into existence, as Harold Pinter reminds us in his famous Nobel lecture, the author is constantly trying to play catch-up in attempting to define what these characters really are. In other words, an artist is always in pursuit of truth, vis-à-vis her characters. But Pinter contrasts artists with those in pursuit of power, like politicians, whose world is glazed with lies and deceit, because the pursuit of power means that the people ought to remain ignorant, “even from the truth of their own lives.” But art makes you both question the truth, and confront it.
So, singling out Indian stand-up comedy is not so much an attempt to chastise them, but to exhort them to own themselves up as artists, and as artists to get the audience to confront the truth, to speak about this time, our time, no matter how ugly and horrific it may be. Because if artists don’t embrace the zeitgeist of the times, who will?
The writer, 30, is a Delhi-based journalist and researcher
For all the latest Opinion News, download Indian Express App
More From Arnav Das Sharma 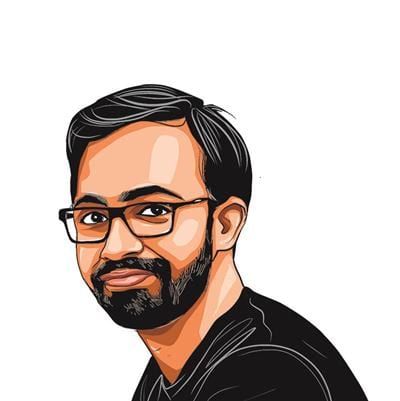