MercatorNet: Was the Holocaust a case of bullying?

MercatorNet: Was the Holocaust a case of bullying?

Was the Holocaust a case of bullying?

Some bullying experts are catastrophizing bullying and trivializing genocide 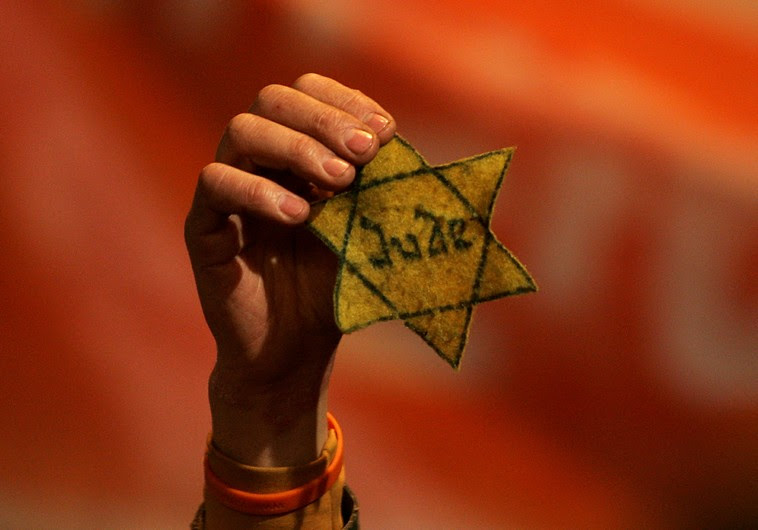 I have never played the “I’m offended” card. But I must say that I find it extremely offensive when the Holocaust is called “bullying.” But the reason we should stop calling the Holocaust “bullying” is not because it offends me personally, but because the comparison is misleading and counterproductive.

Coloroso has been popularizing the slogan, “It's a short walk from bullying to genocide.”  One Holocaust survivor teaches, “Nazis were the biggest bullies in history.” By associating “bullies” with Hitler and the Nazis, these speakers motivate people to join the crusade against bullies, believing they are preventing today’s children from becoming tomorrow’s genocidal murderers.

But the comparison does a disservice to both bullying and genocide, catastrophizing the former and trivializing the latter.

No one needs to lecture me on the horrors of the Holocaust. My parents were both Holocaust survivors, as were most of the adults I knew growing up. My father, one of eight siblings, was the only survivor from his immediate family. He suffered from PTSD and often woke the rest of us in the middle of the night with his blood-curdling screams. My mother’s family fared better, with only her father perishing, but she never stopped relating tear-jerking stories of her survival ordeals during the WWII years. She suffered an abdominal impalement that plagued her for the rest of her life. I have read a multitude of books and watched countless documentaries and shows on the Holocaust.

Calling the Holocaust an example of bullying trivializes my parents’ experiences, associating them with routine aggression among kids like insults, social exclusion, wedgies and extortion of lunch money.

As upsetting as such experiences may be, I can teach kids how to stop being victimized without assistance and without being emotionally scarred. But I haven’t figured out how to teach people to cope with soldiers herding their families into a gas chamber or machine-gunning them into a mass grave.

The other effect of the comparison is to make children believe that being bullied is the absolutely most horrific experience imaginable.

To stop being picked on, children need to learn to handle bullying calmly, for if they get upset, their bullies feel powerful and continue picking on them. And if we don’t want bullied kids to be traumatized for life, we need to help them put their experience into perspective.

They need to realize that the bullying was awful, but it wasn’t life-threatening and many people go through it without long-term negative effects. In fact, you can find countless adults who credit the bullying they experienced in childhood with their long-term personality development and success.

Furthermore, “bullies” rarely have the demonic motivations attributed to them by the bullying psychology. When adults get the opportunity to confront their childhood bullies with the pain they caused, they usually react with surprise or even shock and then apologize profusely, saying they were just kidding around and had no awareness that they were actually hurting them.

But how calm can children stay in the face of bullying when experts have taught them that it is akin to genocide? Can we expect them to react to insults with anything but panic as images of concentration camps pop into their minds? Can we expect them to have healthy social lives if they think of anyone who is mean to them as a psychopathic mass murderer?

Psychology is supposed to make human behaviour more comprehensible. The bullying psychology has accomplished the opposite. That’s why even trained bullying investigators have difficulty determining if an act constituted bullying, and why bullying is being called an epidemic despite 17 years of worldwide anti-bully crusading. The bullying field is so fraught with flaws that we’d be better off discarding it and sticking with the existing body of knowledge on aggression.

This is not the place to discuss all the problems with the bullying psychology. But one of the grievous failings is that it doesn’t differentiate between aggression committed by a bully and that committed by a victim. Thus, even when victims commit terrible aggression with the intention of hurting masses of people, it is called “bullying.”

Furthermore, genocide does not conform to the modern psychological definition of bullying, which involves repeatedly tormenting the same person for the pleasure of it. But murder is a one-time event. Bullies have no inclination to kill their victims because you can’t torment a dead person. Bullies need living victims. And they often bear no more malice towards those they pick on than older siblings may have towards the younger siblings they gleefully torment. True malice tends to run in the other direction.

Most of us wonder, “How can citizens of the most culturally and scientifically advanced nation in the world participate in the attempt to systematically and totally eradicate an entire race of innocent, defenceless people?” We believe ourselves to be incapable of such evil and like to think we would be the ones standing up for the innocent victims against their murderers.

Yet genocides have been perpetrated throughout human existence, and are still happening today as we all watch despite the Holocaust-spawned slogan, “Never again.” Who is doing the killing if none of us are capable of it? And how many of us are purchasing plane tickets so we can go save people in the killing zones?

It is fine for individuals to condemn genocide as incomprehensible evil. But the science of psychology is supposed to make it comprehensible. Genocide can’t just be a one-time aberration that occurred to Jews during World War II. To understand why people engage in genocide, it is not enough to study the suffering of its victims. It is necessary to examine the motives of the perpetrators. When we bother to do so, it becomes simple to understand.

And what better way of examining those motives than reading Hitler’s own words? Will those words reveal that that Hitler was passionately proclaiming, “Let’s go bully those weak, defenceless Jews! It will be so much fun indulging in our satanic lust for power! First we’ll spread vicious lies about them and demonize them in the media. Then we’ll break the windows of their houses and rape their wives and daughters! Then we’ll incinerate them! Ohhh! Being evil is such pleasure! Come join me!”

“The black-haired Jewish youth lies in wait for hours on end, satanically glaring at and spying on the unsuspicious girl whom he plans to seduce, adulterating her blood and removing her from the bosom of her own people. The Jew uses every possible means to undermine the racial foundations of a subjugated people.”

“the discovery of the Jewish virus is one of the greatest revolutions that has taken place in the world. The battle in which we are engaged today is of the same sort as the battle waged, during the last century, by Pasteur and Koch. How many diseases have their origin in the Jewish virus! ... We shall regain our health only by eliminating the Jew.”

“The heaviest blow which ever struck humanity was Christianity; Bolshevism is Christianity’s illegitimate child. Both are inventions of the Jew.”

In other words, Germany and the entire world were the victims of the Jews. If the term “bullying” had been in vogue then, we can be certain that Hitler would have used it to describe the Jews.

If bullying were, indeed, “a short walk to genocide,” it should be common to find kids transitioning from, “Ha, ha, ha, your face looks like a pizza!” to “Ha, ha, now I’m going to kill you.” That happens, but it’s supremely rare except in horror movies. It’s the kid being insulted that is far more likely to take the walk to murder.

In fact, it’s more accurate to say, “The anti-bully movement is a short walk to genocide.”

If you think that statement is outrageous – and many readers undoubtedly will – consider that the mainstream site, Yahoo Answers, matter-of-factly poses the following question: "All bullies should be killed. What do you all think?" The great majority of responders heartily agreed! And see what you find when you Google “I hate bullies.” All we need to do is replace the word “bullies” with “Jews” or any other target of genocide, and we are back to the situation my parents lived through.

What can we expect after 17 years of intensive worldwide anti-bully campaigning, passage of laws against bullies, and respected experts painting bullies as heartless psychopaths who enjoy making others suffer?

Contrary to the anti-bully psychology that portrays the worst violence as bullying, the worst violence is actually victim behaviour. When we feel like victims, we are angry, hate-filled and bent on vengeance. Look at what the virtuous US and its allies did to Iraq and other Muslim countries after being victimized on 9/11. They eagerly embarked on wars that killed incomparably more people than did the 9/11 attacks.

Examine the motivations of all perpetrators of mass murder, including those who massacred their schools. They all present themselves as victims who are doing the world a favour by eradicating evil people. As Hitler told us:

"Hence today I believe that I am acting in accordance with the will of the Almighty Creator: by defending myself against the Jew, I am fighting for the work of the Lord."

Everyone thinks the bully is the other person

This is the reason the anti-bully movement is so popular – and why it's failing so miserably: everyone thinks the bully is the other person. Hitler and his followers were convinced that the Jews are the ultimate bullies and saw themselves as the ultimate anti-bully crusaders.

Just replace the word “Jew” with “bully” and you will realize that the anti-bully movement bears a striking resemblance to the Nazi campaign against the Jews.

Granted, unlike the Nazis, we are not killing those we label bullies. We are merely running public campaigns of intolerance against them, passing increasingly tough laws to eliminate their power, and demanding their strict punishment or expulsion from school.

We are only thrilled with anti-bully crusades until we get a call from the school principal notifying us that our child is a bully, or a colleague files a bullying complaint against us with the Human Resources department. That’s when people start to realise how incoherent the anti-bullying movement really is.

Israel “Izzy” Kalman is Director of Bullies to Buddies, a program that teaches the practical application of the Golden Rule to reduce bullying and aggression and solve relationship problems.This article has been edited and republished from his blog with permission.
- See more at: http://www.mercatornet.com/articles/view/was-the-holocaust-a-case-of-bullying/18114#sthash.ngBXpCSr.dpuf

Forty-plus years ago when population panic was driving the legalisation of abortion in Western countries, newspapers and television channels controlled the public debate. If today’s information technology had been available then the outcome might have been very different.
Today, you can make a short film showing what happens when an unborn child is surgically aborted, put it on your tablet device, walk down the street and show it to people, who, though they have seen practically any other horror you can name, have never seen such a thing.
And that, as Sheila Liaugminas highlights today, is exactly what the pro-life group Live Action have done – to dramatic effect. The reactions of the young adults who were shown the strictly factual animated film (there are no photos, but it is still not for children) are also captured on film. It’s powerful stuff -- go to Sheila’s post and see the videos for yourself. Millions already have.
Whatever else Facebook and Youtube are up to, they are performing a service here.

MercatorNet: Was the Holocaust a case of bullying?
Publicado por salud equitativa en 4:51