MercatorNet: Quebec: a study in the tensions of immigration

MercatorNet: Quebec: a study in the tensions of immigration

Quebec: a study in the tensions of immigration

What will happen to Quebec’s cultural distinction? 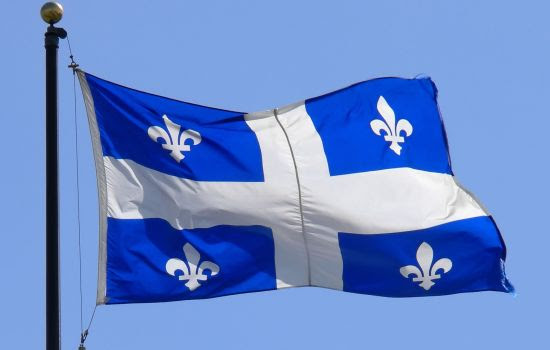 Like so many other places in the western world, the Canadian province of Quebec (population of about 8.3 million) is suffering from a declining fertility rate and is facing a rapidly ageing population. According to the province’s statistics bureau, the total fertility rate for Quebec in 2015 was 1.6 children per woman. This rate was down 1% on the 2014 rate; in fact 2015 was the sixth consecutive year in which the fertility rate declined. Thus Quebec has for the last few years drifted further away from the natural population replacement rate of 2.1 children per woman.
This is a problem because the province is rapidly ageing: in the decade up to 2022 Quebec expects 1.1million of its residents to retire. Not only does this mean the province is facing a growing health and pension costs, but there is also a growing shortage of skilled workers. Perhaps not surprisingly, the Immigration Department has called for Quebecoise to reassert immigration’s “role and its contribution to Quebec”. If you are not producing your own citizens then immigration is a natural response to the economic and social stresses of an ageing population.
However, the economic benefit of immigration is being questioned. Marc Termote, a demographer at Universite de Montreal, argues that it is a “myth” that immigration will fix the wider economy or even labour shortages. (We discussed one aspect of that argument in our last post here.)
“‘All the studies show immigration creates a neutral benefit to the economy,’ he said. ‘And we will need to welcome many, many more people than we do now for it to affect our aging population figures or fix labour shortages.’”
Further, the government of Quebec largely selects its immigrants on the basis of language: between 2010 and 2014 nearly two-thirds of immigrants to Quebec were francophone. This policy is to preserve the special identity of Quebec as francophone and culturally distinct form the rest of Canada. However, focussing on language alone is not enough for everyone.
“‘There was a kind of consensus, largely the idea that Quebec is an immigrant society and a francophone society and being a full-fledged Quebec citizen means accepting that social contract,’ [Daniel] Weinstock [director of the McGill Institute for Health and Social Policy] said.
That is changing, he said, as many in the province are beginning to think it's not just about protecting the French language ‘but protecting all other aspects of Quebec culture which certain immigrants, even when they do speak French, may not share.’”
The tension stems from the fact that the pool of French-speaking immigrants is not made up of Western Europeans (France, Belgium and Switzerland) but French Africans (the Maghreb and sub-Saharan Africa). Not only may these immigrants not share the same cultural, religious and social background as native Quebecoise, but they are increasingly concentrated in Montreal. Visible minority groups will represent 31 percent of Montreal’s population by 2031 according to Statistics Canada, but will be no more than five percent of the rest of Quebec. Not only does this create a cultural division between Quebec’s largest city and the rest of the province, but the city is already having problems with integrating its current immigrants. Currently unemployment for immigrants is 11 percent in Montreal, but only seven percent for natives.
These tensions are now becoming a political football. The Liberal Government has dropped its plans for increasing the immigration rate (currently at about 50,000 people per year) in the face of criticisms. Predictably the Premier, Philippe Couillard, accused one of his political opponents of “fanning the flames of intolerance” when he questioned the merits of increasing the number of immigrants. But there is a genuine debate to be had in many countries about the value and sustainability of immigration around the world and accusing others of “intolerance” or “racism” is not usually a valuable contribution to that debate. In fact, it generally shuts any debate down. Which is perhaps the point…
- See more at: http://www.mercatornet.com/demography/view/quebec-a-study-in-the-tensions-of-immigration/18037#sthash.LFUVPvXw.dpuf

These were some of the stories in my news feed last week:
“Italy’s Parliament voted Wednesday in favor of a new law legalizing same-sex civil unions” (Slate). “A victory for Prime Minister Matteo Renzi, who supported the bill” (New York Times). “It's the last country in Western Europe to do so” (NPR).
It all sounded like a triumph for democracy. But then I read a phrase in The Economist – “Polls show that most Italians still oppose same-sex marriage”. Huh? Did I miss something or has the Italian democratic process steamrolled Italian democracy?
In a story below Chiara Bertoglio explains how political expedience and Machiavellian deal-making explain how Italian legislators blew a raspberry to the people they represent.