Advice for the Future Ted Cruz

Do not stoke the fires of passion. 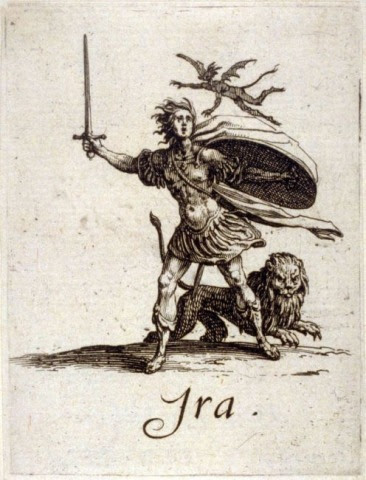 A political movement can be based on shared virtues, shared interests, or shared passions.  The Founders of our republic hoped for the first, expected the second, and feared the third.  They desired the citizens to elect persons of virtue.  They tried to pit competing interests against each other so that none could overwhelm the common good.  As to passion, their best hope was to keep it from bursting the dams, and if it broke forth nonetheless, at least to delay decision until it dissipated:  For passion, once released, is a torrent that scorns boundary and restraint.

My slight acquaintance with Senator Cruz outside of politics had suggested that he was a person of good character who believed in the principles of the Founding.  For this reason, I was surprised and disappointed when he based his senatorial career on neither shared virtues nor shared interests, but shared passions.  Let me restate this point with more precision:  On a single shared passion, the passion of anger.

He did not create the anger. The people were already disgusted and heartbroken by the failure of the political class.  But he stoked the passion, tried to make himself its representative, and sought to direct it to his ends.

This was a fundamental error.  Once unleashed, passion can no more be directed than a tidal wave.  It takes its own course, plunges through all obstacles, and chooses its own representatives, not only in defiance of virtue, but even in defiance of self-interest.

Enter The Demagogue, who despite his slight intelligence understood this fact this better than Senator Cruz.  Rather than trying to direct the flood, he rode it like someone surfing a tidal wave, slipping and skidding across the sloping water, now this way, now that, at each moment contradicting what he had said just a moment before.

The Senator was swept aside.  It is a wonder that he was not drowned.  This was a hard but necessary punishment for following a course he should have known better than to choose.  I hope he draws the right lesson, and next time follows a different course.  I believe that he can, and I hope I am right.  God knows that somebody has to.

J. Budziszewski is a Professor in the Departments of Government and Philosophy, University of Texas at Austin. This article is reproduced with permission from his blog, The Underground Thomist.

The trailer for Professor Budziszewski's book, Commentary on Thomas Aquinas's Treatise on Law, is here.

I have just finished reading Evgeny Vodolazkin’s novel, Laurus, set in Russia in the late Middle Ages, the last part of which unfolds against the background of a popular belief that the end of the world is imminent. Well, that is just what you would expect of that benighted era, isn’t it? Superstitious Christians obsessed with death and judgement.
And yet right now, a bunch of bright sparks at Oxford University are calculating the odds of the human race being wiped out reasonably soon – though I don’t think the four last things are on their minds. They reckon there is a 9.5% chance of human extinction in the next century, which means that you or I would be five times as likely to die in an extinction event as in a car crash. And if you read Michael Cook’s article about it, you will find their worries extend to a scenario that is, um, just a bit superstitious.
Mind you, the rise of Donald Trump and now his doppelganger in the Philippines,Rodrigo Duterte, could seem apocalyptic.