A reflection on capitalism and moral choice. 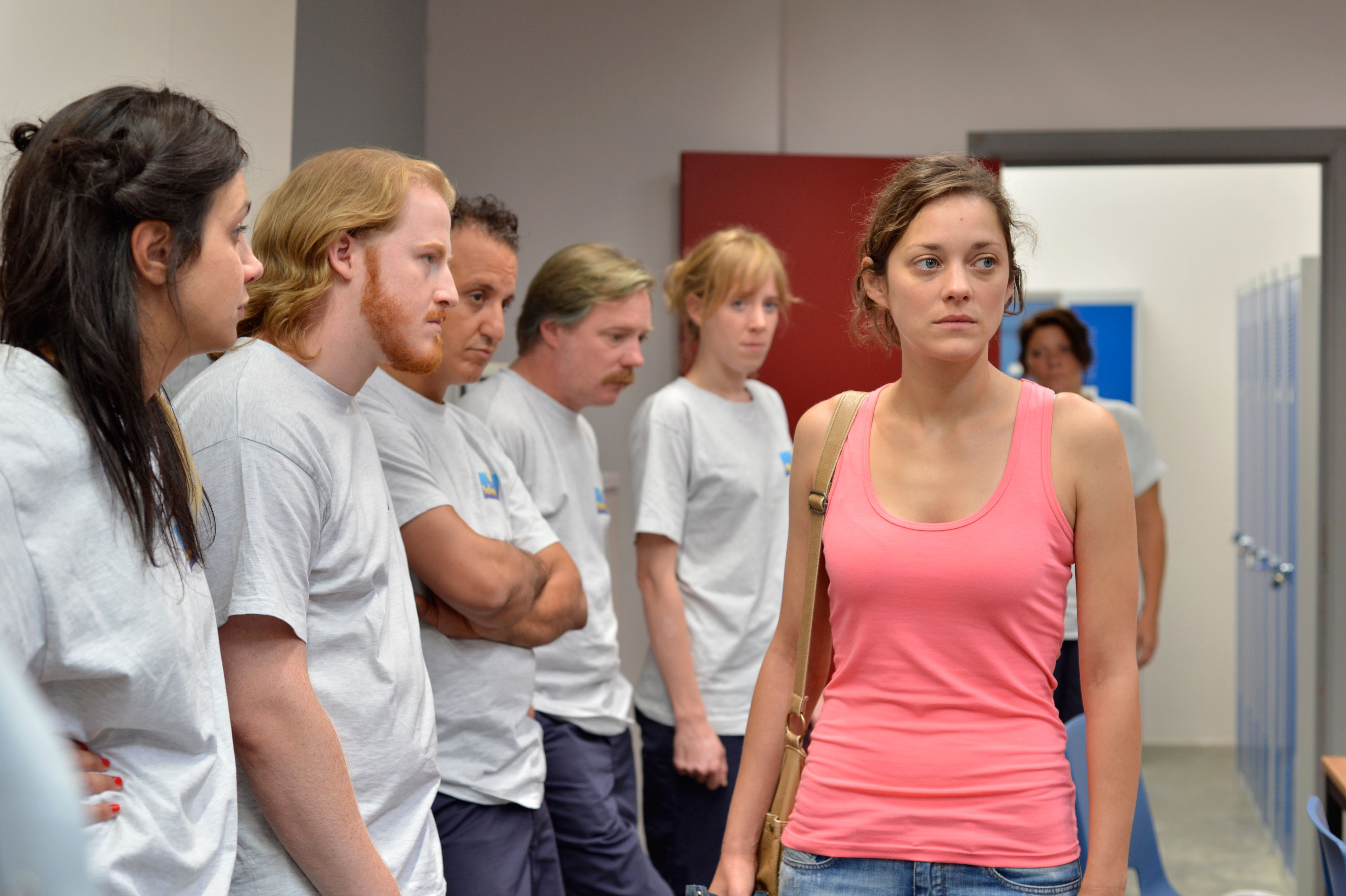 Last week Marcus wrote about the challenge of feeding ten billion people, often discussed in panicky terms in the media.  While fertility rates below replacement rate in much of the developed world will now eventually lead to population decline, our population currently continues to grow, in part because elderly people are living longer (therefore continuing to sustain the population for longer than in previous generations).  Marcus emphasised the importance of individual responsibility for over-consumption or the reckless use of resources so that everyone has enough.  This often requires that people and businesses are not only driven by pure capitalism, but also act with a social and moral conscience.
The dilemma often faced in capitalist society between money and ethics was illustrated in an interesting way in a movie I watched last week, Two Days, One Night (2014).  It details the struggle over one weekend of a woman to keep her job, a job her family depends on.  In an odd situation, her boss gives her fellow employees the choice to vote between all receiving their 1000 euro bonus or making Sandra redundant.  If they vote for Sandra to keep her job, they sacrifice their bonus.  The boss makes clear that it is not because Sandra has done a bad job, but simply because he does not have enough money for both.  Sandra has a history of clinical depression, and the pressure of the situation almost pushes her over the edge as she pushes pride aside to ask people to vote for her to keep her job.
What follows is an interesting reflection on what different people deem necessary and the moral choices they make.  One employee ‘needs’ his bonus to support his daughter’s tertiary education, another has been counting on it to build a new deck on what already looks like a very nice house so really ‘needs’ the money.  Others look relatively poor, but give up their bonus happily because they don’t ‘need’ it.  The movie challenges the viewer to consider the hard balance between a social conscience, an endless desire for more, and one’s own true needs; how one defines a ‘need’ in the first place when other people are in greater need.  And, leading on from that, how one defines how much of the world's finite resources one needs.  It is also a reflection on the dangers of pure capitalism unrestrained by moral concerns; it is capable of disregarding humanity.
The common dilemma between moral choice and money was also illustrated for me in a recent conversation with a friend.  Her company recently commissioned some market research.  She related that, in all age groups surveyed (three separate groups), people would start off by saying that they really cared about the environment, but in an indirect way through continued questioning would eventually say what they cared most about is how much something costs – so in the end the majority said that they would choose a cheaper product over the environment.  The signal to my friend’s company was to build cheaply, rather than build to last.  This seems to be the trend among appliance companies in recent years; despite the fact more people pay lip service to environmental worry than ever before.  This could be the reason reputable companies like Fisher and Paykel Appliances that have been around forever are now facing closure - and why the world produces more waste than is necessary.
We are all constantly challenged to live more ethically and in a sustainable manner in our personal lives and in business.  In a capitalist environment, this can play out as a tension between money and moral choice; although the more people that are ethically concerned the more it 'pays' for business to act in an ethical manner.  If resources were distributed more equally and not wasted, there is plenty to go around.  Unfortunately we can’t always change the way others behave, but we can start with ourselves – often the hardest place to start. As you will see if you watch it, in Two Days, One Night it was one person's choice - despite others voting against her - that saved Sandra.  I would recommend it as a worthwhile film to watch if you haven't already seen it.
- See more at: http://www.mercatornet.com/demography/view/two-days-one-night/17997#sthash.WzmJYZaP.dpuf

If you are seeking to understand how same-sex marriage could have become so popular, so fast, in the United States, one of the first places to look is the position of the churches in the 1960s. Because that's when it all began, as no-fault divorce and the Pill began to rend the fabric of marriage. Two articles below deal with this process. Ryan C. MacPherson chronicles the reluctance of the religious right to oppose no-fault divorce and I review a book by prominent Evangelical Albert Mohler on the sexual revolution.