Sheila Reports promises a perspective here that you may not be getting in mainstream media and the politically charged blogosphere. Don’t expect political correctness, because politics doesn’t determine what’s correct. This space is grounded in the natural law and moral order. And it expects civility, goodwill and an openness to truth and reason. - See more at: http://www.mercatornet.com/sheila_liaugminas/view/hillary-rejects-safe-legal-and-rare-abortion-goals/17581#sthash.EDoUjtvz.dpuf 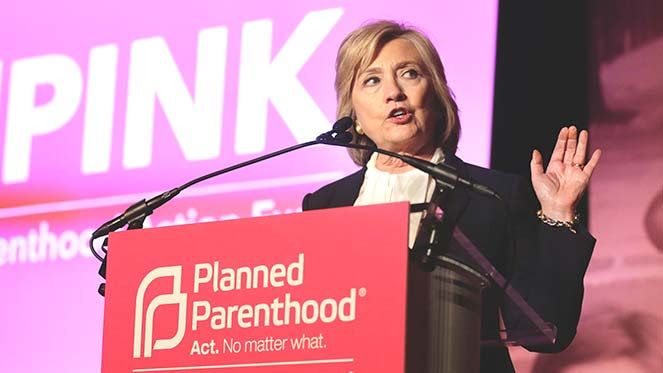 But Bill McGurn does a good job conveying the idea.


Today Mrs. Clinton’s formula is safe, legal, unlimited—and federally subsidized. We saw this new Hillary Clinton at a Planned Parenthood rally in New Hampshire this month, where she said she favored “safe and legal abortion” and denounced the Hyde Amendment, which prohibits federal funding for abortion.
“I will always defend Planned Parenthood and I will say consistently and proudly, Planned Parenthood should be funded, supported and protected, not undermined, misrepresented and demonized,” Mrs. Clinton said. In return, Planned Parenthood rewarded her with the first presidential primary endorsement in its 100-year history.
This is not where American women, in the majority of the general population, want to go.

I began this post a while ago, had no time to finish it, and now the New Hampshire primary is here. Mrs. Clinton will by all accounts lose it to Democratic Socialist Bernie Sanders, no pro-life advocate himself. Because of her falling poll numbers across the board of pollsters and demographics of those polled, she’s taking a page from Barack Obama’s playbook, and instead of moderating closer toward the ideological center, she’s tacking left. He had nothing to lose when he did it, and he’s enjoying the last months in the office of the presidency. She has everything to lose, namely that office which she seeks wholeheartedly.

This is how to lose it, or at least…it doesn’t help.


Amy Chozick of the New York Times recently described the relationship this way: “the Clinton campaign has functioned almost as a marketing arm for Planned Parenthood.” Remember, this is an organization that reports performing 323,999 abortions and taking in $553.7 million in subsidies from Uncle Sam in fiscal year 2014-15. Though these tax dollars are not earmarked for abortion, money is fungible.
It’s a curious reversal. For one thing, Mrs. Clinton’s shift comes at a moment when even some pro-choice advocates admit to queasiness over Planned Parenthood after undercover videos were released last year showing its officials sipping wine as they chat about prices for, say, an intact fetal heart. The pro-choice community also includes those who support abortion rights but do not believe either Planned Parenthood or abortion should be subsidized with tax dollars.
It’s also a big shift from last July, when Mrs. Clinton repeated her safe, legal and rare formula to the New Hampshire Union Leader and said she found the Planned Parenthood videos “disturbing.” But plainly not so disturbing that she would let it get in the way of the $20 million Planned Parenthood will spend this election cycle.
It calls to mind the old saying ‘Dance with the one who brought you.’ Even if steps get entangled, and you both fall
- See more at: http://www.mercatornet.com/sheila_liaugminas/view/hillary-rejects-safe-legal-and-rare-abortion-goals/17581#sthash.EDoUjtvz.dpuf

MercatorNet: CRISPR, but no clearer about the human embryo

CRISPR, but no clearer about the human embryo

Gene editing relies on an unscientific approach to embryonic life. 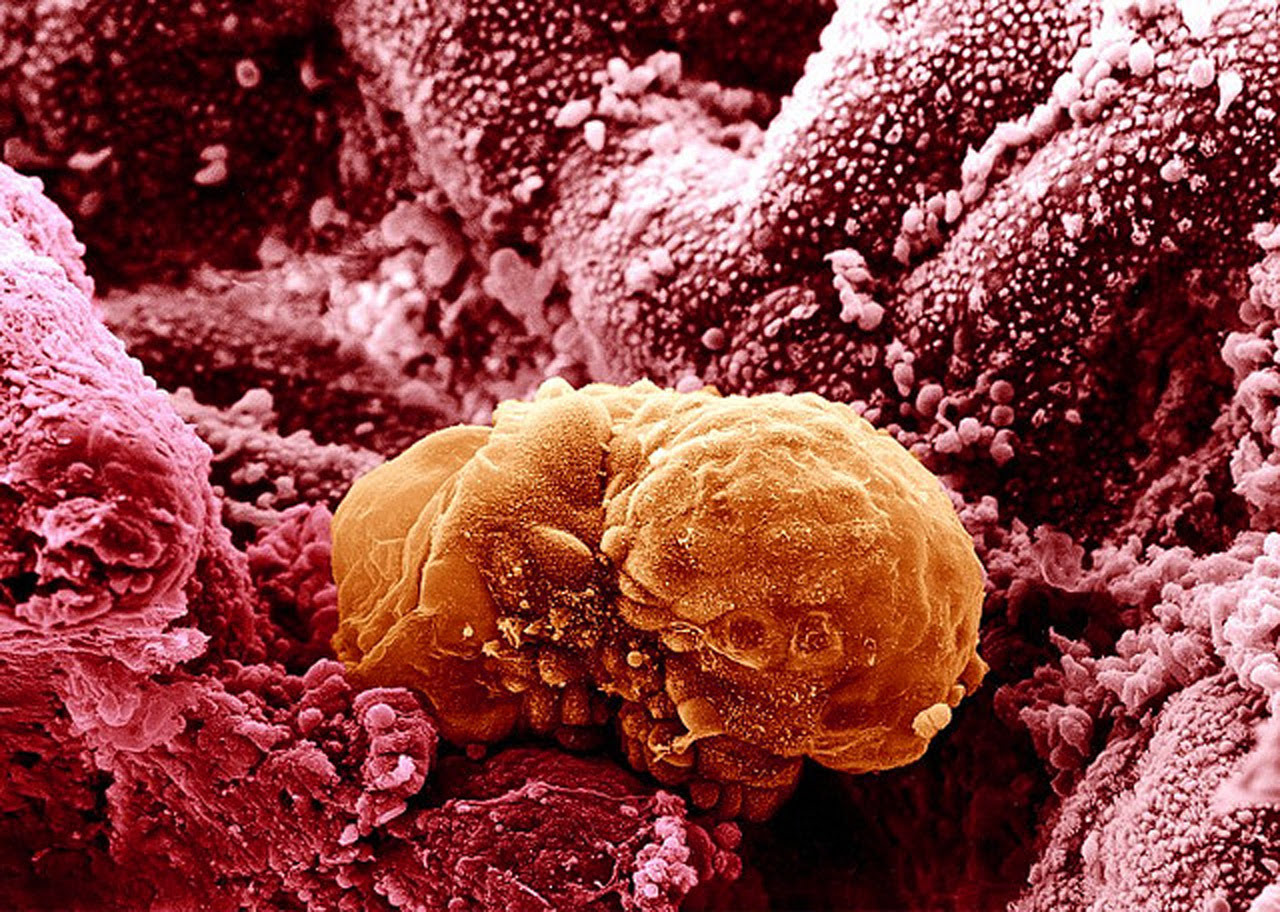 The first ever permission to conduct genomic editing in human embryos was granted recently by the UK body regulating human fertilization and embryo research activity (Human Fertilization and Embryology Authority, HFEA). The permission is not universal but provided to individual applicants and only for research, the journal Nature revealed.

The permission was granted to Dr. Kathy Niakan, a developmental biologist working in the Francis Crick Institute in London. In the experiments, embryos will be manipulated and maintained for about seven days, and then destroyed.

One must admit that the news has the taint of Brave New World. Sure enough, on the electronic page carrying the news there was an inset with a title that ran “Where in the world could the first CRISPR baby be born?” Somewhere very "brave" and "new" in its approach to human life, no doubt.

CRISPR is the name of the specific gene editing technique. A lot of research is going on with human embryos and by the look of it much more is coming. My argument here is that this scientific activity carries within it a big element of insincerity.

Science is a process of knowledge in which we penetrate ever deeper into the fabric of nature and of the processes taking place in it. It is a journey through different layers of understanding. The starting point is the simple, immediate observation of individual phenomena. At this stage the “appearances” of things are noted. It is a good starting point and the only one there is.

As the observations multiply, include other connected facts and phenomena, and the human mind elaborates all of them together, it is typical that the original appearances, solid and evident as they are to the uneducated eye, are shown to be incorrect. The reality is different and the “false appearances” prove to be due to specific conditions or viewpoint.

The Earth appears to be stationary and the Sun, Moon, planets and stars to circle around it. Observation of the movement of the planets suggested a different explanation, which was finally proved by Foucault using a pendulum he devised.

The continents appear to be solid and stationary masses. Geological observation, especially of large mountain ranges, volcanic activity and earthquakes suggested that they are part of plates that actually move, collide and go past each other. This has been proven by multiple observations at very different scales, from continent to rock level, and now satellites can measure with high precision the relative displacement of the continents.

Animal and plant species appear to be fixed, maintaining always their identity. Observation of the fossil record indicates that the species existing along the long geologic eras have been different and that species have evolved into new ones. The appearance of fixed species is a result of the short time span of our original observations.

All these facts were hard to prove and encountered a lot of opposition within scientific circles.

The examples could be multiplied. It is in the very nature of science to penetrate underneath the appearance of things to understand their real inner workings. And the process is repeated time and again. The deeper explanation and its description of facts become the new “appearances”, that can be left behind by new observations or deeper and wider elaboration of those already existing.

This is why I have always been puzzled about the reluctance of scientists to apply the same program of investigation to the nature of the human embryo. Are human embryos men and women and thus entitled to the inalienable right to life and respect  for their dignity and physical integrity, or are they not?

Here, many scientists (biologists and doctors) are for applying the simple criterion of appearances. No, they are not men and women, they say, because they do not look like a person. Agreed, they do not look like a developed human being. But the Earth looks like it is stationary, the continents anchored and so on. Surely scientists should be ready to explore the issue further in order to test whether the appearances tell the whole truth. Following such investigation it has been pointed out that shape does not make a human being.

It has been shown that the most fundamental element of the presence and identity of a human being is the existence of a specific DNA molecule. The embryo, with its complete DNA information, contains all the essential elements of the developed human being. All that is necessary for such development is nutrition and the appropriate environment, however specific they need to be. There is no essential change taking place with the embryo after the egg is fertilised. As far as one can see, this is the deepest level available now to define a human being from the scientific point of view.

Abortion laws allow terminations up to certain stages of embryonic development. The reason is that the embryo looks more like a person after these stages than before. There can be no other reasons because there is no other change in the embryo before and after the legal limits. Then, of course, a newly generated embryo is so much unlike a developed human being that the same argument applies. This is very unscientific.

I really wonder that such a superficial approach is allowed to go unchecked in this age that has seen and continues to see so much progress in the discovery of underlying layers of understanding of the fabric of the universe. I suspect that, for some scientists, the question “When does a human being begin to exist?” is not answered considering only the scientific evidence. They also include in their argument a battery of social issues.

It is argued in support of CRISPR, for example, that the embryos used in the gene editing experiments will be donated by couples having IVF treatment, as though their co-operation removed a major ethical obstacle. Of course, this question has implications that affect both individuals and society in the most vivid ways. However, to allow social arguments to take over the investigation of the nature of the human embryo is also a very unscientific approach. It amounts to using opinion surveys to advance nuclear physics, or any other branch of science. This is not the way forward either for science or for society to benefit from the knowledge that science provides.

Research with human embryos is producing knowledge and human beings will benefit from it. But there is a scientific lie lurking in the middle of the whole business. After all, science is not just knowledge; it is also power. Let science be just slightly manipulated here and there, using pressure from political parties or lobbies, and what a powerful means for financial and political hegemony it becomes. And how hard for the scientist to resist the temptation of riding the huge wave that the slight manipulation will create.

Javier Cuadros is an earth scientist working in London
- See more at: http://www.mercatornet.com/articles/view/crispr-but-no-clearer-about-the-human-embryo/17576#sthash.rgDkg90K.dpuf

MercatorNet: CRISPR, but no clearer about the human embryo

The people who want to experiment with human embryos to show that they can prevent disorders; those who create embryos in the lab and then throw some away; and those who insist that there is nothing wrong with abortion because a fetus is not a person -- all think they are the real scientists. But, as Javier Cuadros argues in his article about gene editing, they are not. Or at least, not honest ones.
That is because they judge a person by appearances, which is only the first step in science. The truth is that no matter how a week-old embryo LOOKS (a clump of cells) it already has all the genetic information necessary for it to grow into an adult human being. All it needs is what the rest of us need -- the environment that will nourish its life. Scientists know that. We know that. Outfits like the UK Human Fertilisation and and Embryology Authority (that gave permission for gene editing a couple of weeks ago) know that.
How can they get away with treating these new brothers and sisters of ours like mere stuff? Dr Cuadros has the answer, I thnk.