Abortion compounds the Zika tragedy, and does nothing to solve it. 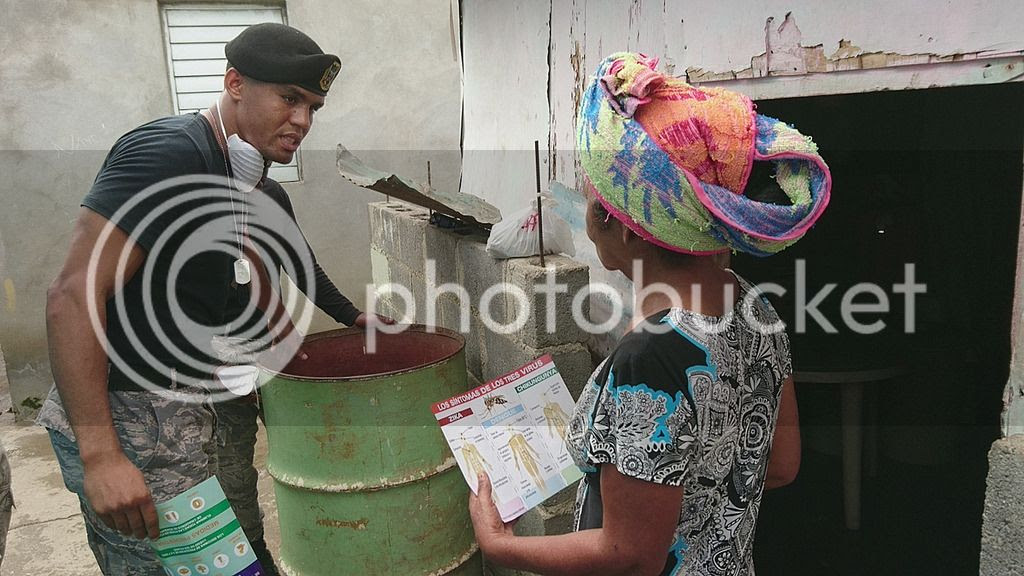 The ‘Zika’ virus, which has exploded recently in western news outlets, has barely been off the headlines here in Colombia over the past three months. Initially seen as yet another “vector-transmitted” disease common to this latitude  — such as dengue and chikungunya — it has fast come to be seen as an uncontrollable and lethal outbreak. As ever with such outbreaks, panic and fear quickly cloud perceptions, leading people to see links where there are none, and producing knee-jerk responses from governments and international agencies.
Tragically, women in Colombia are being urged to abort for fear of their their babies being born with small heads as result of micocephaly caused by Zika. Yet the link between Zika and microcephaly is far from obvious, and the evidence is hotly disputed. In Colombia, latest reports indicate that of 22,600 people infected with probable Zika, only 1,331 have been confirmed through laboratory testing. Some 3,177 pregnant women have been diagnosed with probable Zika, but only 330 of these women have been confirmed with lab testing as having the virus. And in no case had microcephaly been observed in the foetus.
Brazil, the other country where Zika has also spread fast in recent months, has similar figures: The Brazilian Ministry of Health is investigating 3,670 suspected cases of microcephaly in the country. According to the latest information released on February 2,404 diagnoses of microcephaly were confirmed, of which just 17 could be linked to the Zika virus.
The increase in Zika and the increase in microcephaly are simultaneous but not necessarily related phenomena. The increase in microcephaly in Brazil predates the Zika outbreak, according to one study. Exposure to toxins such as pesticides may just as well be the cause. A report by the Argentine doctors’ organisation, Physicians in the Crop-Sprayed Towns (PCST), disputes the link, pointing to a chemical larvicide that produces malformations in mosquitoes that was introduced into the drinking water supply in 2014.
The Center for Disease Control in the United States says “it is unknown if a positive result [of Zika] is predictive of a subsequent fetal abnormality, and if so, what proportion of infants born after infection will have abnormalities.” Colombia has had three healthy babies delivered from mothers infected with Zika; El Salvador has had 13, out of 159 women who were diagnosed with Zika.
An 8 month old baby was aborted last week in Colombia because it had multiple fetal abnormalities, including microcephaly. It is difficult to establish, due to the gestational age and other abnormalities, if these abnormalities were due to Zika alone, or whether the microcephaly along with the other complications were part of another condition.
Zika is a major public health concern. Colombia is the second country after Brazil, in numbers of people affected with the virus. But the response by public health authorities and the media is also a major concern. The first advice given to women was to avoid getting pregnant in the following months due to the possible of risk of microcephaly. But then abortion activists, including Cecile Poully of the UN High Comission for Human Rights, weighed in, using Zika as an excuse to lobby Latin American governments to liberalise current laws on abortion in order to provide women with “the right” to end their pregnancies on public health grounds.
And this is our concern. Abortion does not solve the current outbreak of the Zika mosquito nor is it the solution we need. We need a public policy that looks to eradicate the mosquito, not just public health campaigns on how to prevent it. Zika is  prevalent in poorer, deprived and rural areas where  due to climate change water is now scarce: because of the scarcity of tap water, people use water reservoirs, where stagnant water offers the perfect breeding environment for mosquitoes.
Women need to feel supported, not pressured by the media frenzy, local and international pressure to have an abortion. They need to have access to adequate health care, they need access to counselling and listening and availability of options, not just the option to have an abortion.
Abortion activists have been highly visible in recent weeks, uttering predictable mantras about women’s rights in a patriarchal society. The rhetoric treats Colombian women as passive, unable to make decisions for themselves, insults their intelligence and undermines their opportunity to make real choices. International journalists researching the story here come up against  a very different reality: pregnant women diagnosed with Zika virus tell them that in the face of a tragedy such as microcephaly in their baby they would not have an abortion.
Abortion compounds the Zika tragedy, and does nothing to solve it. The drama of the woman who, pressured by fear, lack of information and support, decides to have an abortion, kills one life and diminishes another. Too little is yet known about Zika to justify any claim of a link with microcephaly, but we know enough to be sure of one thing: international and domestic policies using the virus to implement population control policies are a hopeless distraction from what really needs to be done. The real roots of this pandemic are in poverty and climate change, and these are where the policies have to change.
Dr Danelia Cardona heads the Department of Promotion and Defence of Life of the Bishops’ Conference of Colombia, and is coordinator of Catholic Voices Colombia. This article is reproduced from Catholic Voices UK with permission.
- See more at: http://www.mercatornet.com/articles/view/why-abortion-is-not-the-response-to-zika-that-colombias-poor-need/17602#sthash.jhzojM2r.dpuf

The panic over Zika virus has subsided a little this week but it remains a major public health concern in much of Latin America. But exactly what kind of public health problem is it? It certainly makes thousands of people sick, but according to Dr Danelia Cardona, who heads the Colombian Catholic Bishops’ pro-life office, its link with microcephaly in babies is far from obvious. In an article today she writes:
In Colombia, latest reports indicate that of 22,600 people infected with probable Zika, only 1,331 have been confirmed through laboratory testing. Some 3,177 pregnant women have been diagnosed with probable Zika, but only 330 of these women have been confirmed with lab testing as having the virus. And in no case had microcephaly been observed in the foetus.
Lack of evidence has not stopped population control interests from using the outbreak to promote abortion, which, as Dr Cardona says, merely “kills one life and diminishes another,” while doing nothing to solve underlying problems such as poverty and climate change. If you want to get this issue in perspective, read her informative article.
In a similar vein, and also highly (alarmingly) informative is Susan Muskett’s article on the US federal government’s programme of eugenics through long-acting reversible contraceptives (LARCs). There is not much comfort, either, in Dr David van Gend’s news that the Victorian government in Australia plans to outlaw the provision of counselling to people who want to overcome unwanted homosexual attraction.
After all that – Marco Rubio for president? Anyone agree with British commentator Niall Gooch?