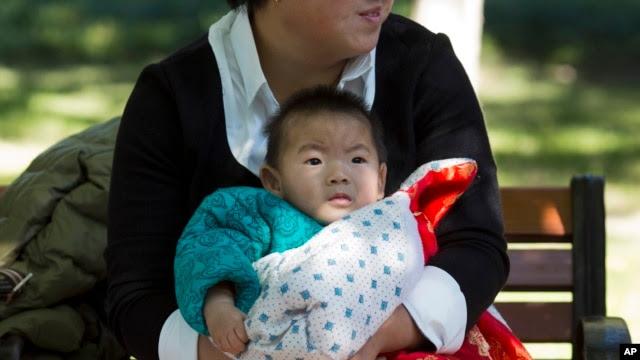 China’s one-child policy officially came to an end on January 1. The government is desperate to increase the birth rate in the face of an ageing population. Less well-known is the reversal of a plan to ban surrogacy.

Large families have become a status symbol in some circles in China. In 2011, a photo of eight toddlers went viral on social media. A wealthy couple resorted to IVF and found that all eight of their embryos were viable. So the wife had twins and two surrogate mothers had triplets. The couple hired 11 nannies to look after their offspring.

Although the government frowned on this display of contempt for its restrictive policies, there was no law to ban it entirely.

“Some members of the Standing Committee [of the People’s National Congress] argued that surrogacy cannot be totally forbidden,” said Zhang Chunsheng, head of legal affairs at the National Health and Family Planning Commission. And even if there was a law banning it, "rich people would still be able to go abroad to countries where surrogacy is allowed.”

The number of surrogate pregnancies in China is unknown, but in 2014, the New York Times estimated that it was only about 10,000 – although many couples go overseas to organise a child.

One argument for a more permissive attitude towards surrogacy is concern over rising infertility rates. Some desperate parents want the option to have their own child. A ban would only support China’s huge black market in surrogacy.

Besides, according to the China Population Association, 12.5% of women of child-bearing age were infertile in 2012, up from 3% in 2002. The reasons for this are obscure, but doctors believe that pollution, obesity,  and abortion are amongst the contributing factors, along with deferred marriage and childbirth.

“The two-child policy could create greater demand from families to turn to surrogacy if they cannot have children themselves,” Joshua Freedman, research manager at consulting firm China Policy, said. “Legislators seem more concerned with dealing first with the two-child policy and pushing questions about surrogacy to a later date after further discussion.”
- See more at: http://www.bioedge.org/bioethics/china-turns-blind-eye-to-surrogacy1/11768#sthash.yvELUQXG.dpuf

Canada’s legislators are still wrestling with how to frame a new euthanasia law. One interesting contribution to the debate comes from a senator who became a mental health advocate after her husband, a former member of Parliament, committed suicide in 2009. Senator Denise Batters suggests that psychological suffering should be excluded as a grounds for euthanasia.
"I have seen ... the devastating impact, not only for the individual that goes through that pain themselves ... but at the same time ... I've seen the devastating consequences that it can have on the immediate family members," she said in an interview with The Canadian Press.
"Canadians may support assisted suicide, but they want extremely strong safeguards and I think that when I talk to people about the possibility of psychological suffering being included as ... sole grounds for having access to physician-assisted suicide, they are horrified and stunned that could be a possibility," she said. “There aren't many, many thousands of people in this country who have lived through a period of severe anxiety and depression and come out the other side".
The senator is right. What people who are suffering psychologically need is more personal and better medical support, not a lethal injection.


China turns blind eye to surrogacy
by Michael Cook | Feb 20, 2016
Rising infertility is one cause of a increasing demand


Personhood and moral status: the debate continues
by Xavier Symons | Feb 20, 2016
Two insightful articles recently published in the Journal of Medicine and Philosophy may provide much needed clarity in philosophical debates about personhood.


Doctors risk jail to uphold professional ethics
by Xavier Symons | Feb 20, 2016
Australian doctors are refusing to release the baby of an asylum seeker couple from hospital until a “suitable home environment” has been found for her.