Welcome to Demography Is Destiny. We launched this to counter two media memes: that humans are a cancer which is destroying our planet and that world population is spiralling to unsustainable levels. The real story is that intelligent and inventive humans will rise to the challenge of climate change and that our real problem is the coming demographic winter. The editors of Demography is Destiny are Marcus and Shannon Roberts, who live in Auckland, New Zealand. Send them your comments and suggestions.  - See more at: http://www.mercatornet.com/demography/view/chinas-urbanisation-push/17607#sthash.LKEl52fo.dpuf 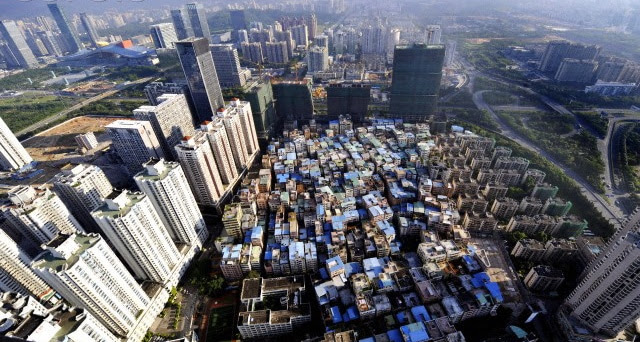 China’s plan to urbanise much of its population has been called the largest social experiment that has played out in human history by some commentators, such as the author of Ghost Cities of China Wade Shepard.  I would argue that the one child policy and the mass abortion of girls was a greater one, but nevertheless China’s mass urbanisation has had a major impact on the world.  For a start, the Western world has focussed much of its economic goals on China’s increasingly urban population because of the sheer mass of people rising into it’s middle class, and the higher disposable income and increased demand for products and services that has meant.  Hence, the mass worry when China's economy is doing badly.
China’s leaders want to shift to a domestic-led economy, driven by consumer spending and services.  To help to achieve this, the Chinese central Government’s National New-type Urbanization Plan for 2014-2020 seeks to increase the percentage of China’s population living in cities to 60 percent by 2020.  This will mean a huge change in lifestyle for many, so let us hope that the Chinese government keeps its recent promise of 'human centred' urbanisation which puts people’s wellbeing and lifestyle first.  In a statement released late last month, Chinese Premier Li Keqiang has urged efforts to deepen human-centered urbanization as it can improve people's livelihoods and boost the economy, commenting that "China's greatest development potential lies in urbanization."
Ironically, many people were pushed out of cities to the countryside to farm during the Cultural Revolution, and now the opposite is being encouraged.  The latest phase has been labelled “new-style” urbanisation because the objective has been to boost the quality of urban development and the quality of living, rather than solely focus on city development or expansion.  It is also encouraging that the country is becoming increasingly aware of the need for sustainable, environmentally friendly building practices.  It is developing its urban architecture in three distinct ways: new cities (xinshi), new districts (xinqu) and townification (chengzhenhua).
Forbes reports:
Townification is quite a departure from the way Chinese cities have developed to date. This is the transformation of small rural centers and even tribal villages and building a small urban center around them. The Communist Party planners in Beijing want to urbanize over 100 million rural Chinese over the next five years alone. That would require the construction of 50 Bostons, or six Shanghais, by 2020. Townification is lower intensity than that. These are small cities rather than sky scraper zones designed to house suits and high heels. It’s more widespread than traditional urbanization, and will define the way China develops socio-economically over the coming years.
Currently, there are tens of millions of empty apartments, alongside deserted playgrounds and entertainment centres, in brand new cities all over China; New cities which have been built but not yet been filled with people.  However, gradually rural populations are moving in.  Shepard comments in an interview that “There are people who are very happy to move there. Because they get a urban hukou, they feel like they’re moving up.”  A hukou is an urban residency permit, different to a rural one. China regulates the movement of people, and this enables them to legally work within the cities and utilise benefits such as better health care than is available rurally. For some elderly people from rural areas, moving to the city can lead to much better quality of life.  However, many also find themselves without the skills necessary to survive or work in a busy city – even going to a busy shopping centre is new.
There is some debate about whether all of China’s so-called ‘ghost cities’ will be filled. Some commentators argue that the government insists on infrastructure spending to stimulate the economy which is inconsistent with the development of a free market:
…whenever overall growth lags they resort to the same old infrastructure spending. The result is even more excess capacity and more power for the inefficient state-owned enterprises, which are never allowed to fail. Meanwhile, private firms are starved for capital. These actions reveal Beijing’s distrust of free markets. Consumer spending in China is just 36% of GDP. In India it’s 59%, Italy, 61%, and in the U.S., 69%
…China won’t shrivel up and die, but as it shifts from commodity-munching exports, housing and infrastructure to consumer spending and services, China’s global importance will shrink.
It will be interesting to continue to follow China’s ambitious urbanisation plans over the coming five years.  Let’s hope that people are at the centre of government ambition
- See more at: http://www.mercatornet.com/demography/view/chinas-urbanisation-push/17607#sthash.LKEl52fo.dpuf

One of the best-known figures on the US Supreme Court died on Saturday, Antonin Scalia. Last week I urged readers to be “boldly counter-cultural”. It is hard to think of someone who exemplified this better than Justice Scalia. Below are several articles on the man and his legacy, especially with respect to same-sex marriage.


The focus of most of the news coverage in the media is the political consequences of the vacancy. Professor John Coverdale, who clerked for Scalia before he was elevated to the Supreme Court, remembers “a larger-than-life human being with a great sense of humour and a big heart.” His article is a must-read.