MercatorNet: A larger-than-life human being

MercatorNet: A larger-than-life human being

A larger-than-life human being

The late Justice Scalia was a man with a big heart and a great sense of humour. 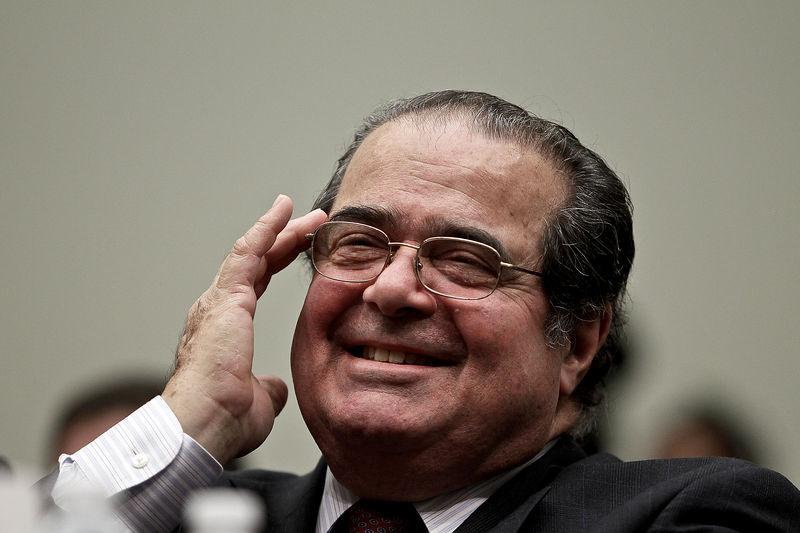 Justice Antonin Scalia testifying in Congress in 2010 / Wikipedia Commons / Stephen Masker
During the year I clerked for Justice Antonin Scalia on the Court of Appeals for the District of Columbia Circuit, I came to realized how hard he worked at crafting his opinions, and what pride he took in them. I recall his asking me as I came into Chambers one Saturday morning whether I had read his most recent FERC (Federal Energy Regulatory Commission) opinion. The FERC cases that came to the DC circuit were notoriously technical and dull, but he invited me to read the opinion to see how “even a FERC opinion can sing”.

One of the opinions we worked on involved regulation of the use of “mechanically separated meat” in sausages. The draft we prepared was workmanlike -- but the published opinion sang. It began, “This case, involving legal requirements for the content and labeling of meat products such as frankfurters, affords a rare opportunity to explore simultaneously both parts of Bismarck's aphorism that ‘No man should see how laws or sausages are made.’"

Later in the opinion, Scalia notes: “The fastidious reader will be comforted to know that snouts and ears cannot be included unless the product name contains the phrase "with variety meats" or "with by-products." [9 C.F.R. Sec. 319.180(b)]. Not so, of course, with liver sausage (liverwurst), where one takes his chances. [See 9 C.F.R. Sec. 319.182(b)].”

We clerks felt that if an entire paragraph of our draft made it into the published opinion unchanged we had had a very good week.

If Scalia didn’t like the structure of a draft, rather than giving it back to us for modification he often simply wrote a new opinion from scratch. I once told them that he really didn’t have the time to do that. (Actually, I think I told him that the bottleneck in the chambers was his desk, not ours). He replied saying, “You’re right. But I have to have some fun. You guys can’t have all the fun in the office.”

He was a big enough man to be willing to admit that he was wrong. In the course of interviewing clerk candidates for the following year, all three clerks, although very different in personality and outlook, took an instant dislike to one candidate. Although he had a stellar resume, we strongly urged Scalia not to make him an offer. Shortly after Scalia made him an offer, the candidate did something which confirmed our opinion of him.

I can still see Scalia standing in the door of our office gesturing like an orchestra conductor and saying, “Okay. Altogether now: ‘We told you so.”

Commentators will undoubtedly debate Scalia’s positions for many years to come. I will remember him less for his legal theories than for being a larger-than-life human being with a great sense of humor and a big heart.

Professor John Coverdale specializes in federal and state tax law and in the interplay of law and Catholic social thought at Seton Hall Law, in New Jersey
- See more at: http://www.mercatornet.com/articles/view/a-larger-than-life-human-being/17610#sthash.m5nGoF62.dpuf

One of the best-known figures on the US Supreme Court died on Saturday, Antonin Scalia. Last week I urged readers to be “boldly counter-cultural”. It is hard to think of someone who exemplified this better than Justice Scalia. Below are several articles on the man and his legacy, especially with respect to same-sex marriage.


The focus of most of the news coverage in the media is the political consequences of the vacancy. Professor John Coverdale, who clerked for Scalia before he was elevated to the Supreme Court, remembers “a larger-than-life human being with a great sense of humour and a big heart.” His article is a must-read.