BioEdge: US military to offer sperm and egg storage

BioEdge: US military to offer sperm and egg storage 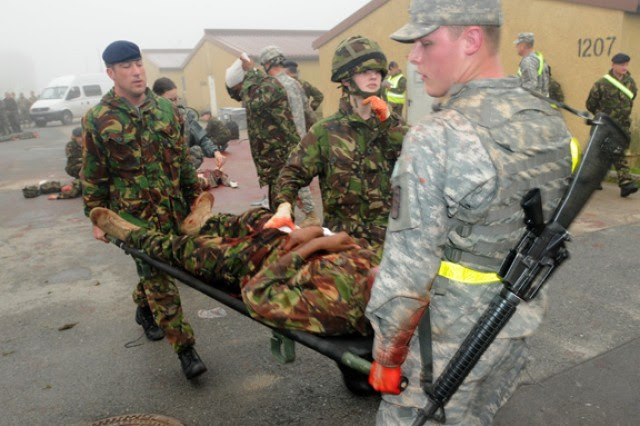 As part of its effort to make the US Department of Defense a more “family-friendly employer”, Secretary Ashton Carter has announced that the military will pay for storing eggs and sperm for its troops, as well as for more IVF treatment.

Women soldiers are at risk of missing out on their peak reproductive years by taking up a career in the military and men in combat risk damage to their reproductive organs. At a press conference at which he outlined measures ranging from creating 3,600 breast-feeding rooms to more IVF clinics, Carter explained the new policy on gamete storage:

"We can help our men and women preserve their ability to start a family, even if they suffer certain combat injuries. That's why we will cover the cost of freezing sperm or eggs through a pilot program for active duty service members -- a benefit that will help provide men and women, especially those deployed in combat, with greater peace of mind. This investment will also provide greater flexibility for our troops who want to start a family, but find it difficult because of where they find themselves in their careers."

The initiative will keep the Pentagon, one of the world’s largest employers, in step with large American corporations who are offering egg freezing in order to retain female talent.

“Freezing sperm and eggs is not like freezing chicken for dinner. What happens if you die — can your wife use it? And what if your mother wants grandchildren and your wife doesn’t, does that mean the sperm can be used with a surrogate? If you’re cognitively disabled, can it be used? And what happens if the company housing your sperm or eggs goes bankrupt?”

I’m sure it’s just randomness and not something in the water, but often our newsletters seem devoted to a theme, be it euthanasia, or IVF, or stem cell research. This time, unfortunately, it’s skulduggery.
Below you can read about a Los Angeles doctor who has just been sentenced to 30 years in jail for prescribing powerful pain-killer to drug addicts, some of whom ended up dead. Then there’s another euthanasia scandal in Belgium in which a 37-year-old woman died at the hands of an incompetent doctorafter being diagnosed with autism. (Autism? Are you kidding?)
The most colourful, however, is the on-going controversy surrounding trachea surgeon Paolo Macchiarini, who made headlines for creating artificial windpipes with stem cells. It turns out that his research, his CV and his romantic life all involve a fair bit of unsubstantiated creativity. Some of his patients died, too.
No surprises here. Human nature being what it is, there are bound to be a few bad apples in the medical barrel.
But it should lead us to reflect that governments need to take the possibility of misconduct very seriously when they are crafting legislation for the new genetic technologies. An English academic recently wrote in The Guardian that “playing God with our genes … is a good thing because God, nature or whatever we want to call the agencies that have made us, often get it wrong and it’s up to us to correct those mistakes.”
But if it is people like the doctors above who are playing God, it’s very likely that they will make irreparable mistakes. If scientists want to sack God, they should think very carefully about the CVs of the persons who will be moving into his office.


Stem cell shenanigans by a Casanova in the Karolinska
by Michael Cook | Feb 07, 2016
Celebrity surgeon Paolo Macchiarini under fire in Sweden and the US


Preparing for medicine with artificial gametes
by Michael Cook | Feb 06, 2016
The Nuffield Council has produced an intriguing white paper.


Another euthanasia scandal in Belgium
by Michael Cook | Feb 06, 2016
Is autism grounds for a lethal injection?


LA doctor gets 30 years for prescribing pain killers to addicts
by Michael Cook | Feb 06, 2016
Will this have a chilling effect on doctors?


US military to offer sperm and egg storage
by Michael Cook | Feb 06, 2016
Part of making the military “family friendly”


Zika, birth control and free abortion pills
by Xavier Symons | Feb 06, 2016
As concern mounts about the spread of the Zika virus, groups around the world are suggesting radical measures for North and South America.


Three parent babies – but only males
by Xavier Symons | Feb 06, 2016
The US National Academies of Sciences, Engineering and Medicine has recommended that US government allow mitochondrial DNA transfer in male embryos.