Our Message at Davos: Water & Sanitation Are a Critical Line of Defence Against Climate Change | Inter Press Service

Our Message at Davos: Water & Sanitation Are a Critical Line of Defence Against Climate Change | Inter Press Service

Our Message at Davos: Water & Sanitation Are a Critical Line of Defence Against Climate Change 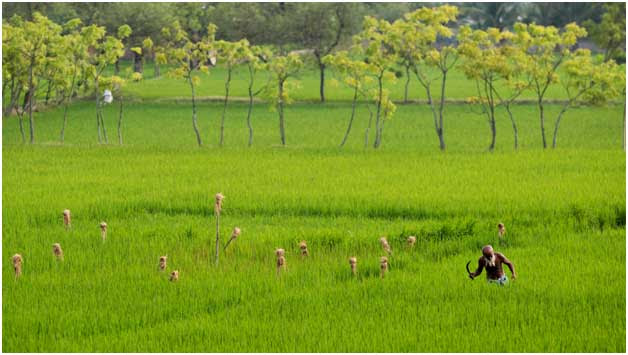 Credit: WaterAid/ DRIK/ Habibul Haque
LONDON, Jan 31 2020 (IPS) - There was only one topic on everyone’s lips at Davos this year – climate change. The headlines focused on the cold war between Greta Thunberg and Donald Trump, but there was much greater consensus among those gathered for the annual meeting of the World Economic Forum (WEF).

The Forum itself updated its manifesto for responsible business – with climate right at its core.
Among those calling for urgent action was WaterAid’s own president, His Royal Highness the Prince of Wales. It’s more than 30 years since he last attended Davos and, as he reminded the audience, 50 years since he made his first speech on the environment.
His message was stark, and his call to action challenging: the climate emergency requires nothing less than an overhaul of the current economy, with a new deal for people and planet.
The mood is slowly shifting towards the scale of action needed, given that climate change will affect every part of the economy. This cannot be truer than for water – the WEF has ranked water crises in its top five global risks in terms of likelihood or impact every year since 2012. 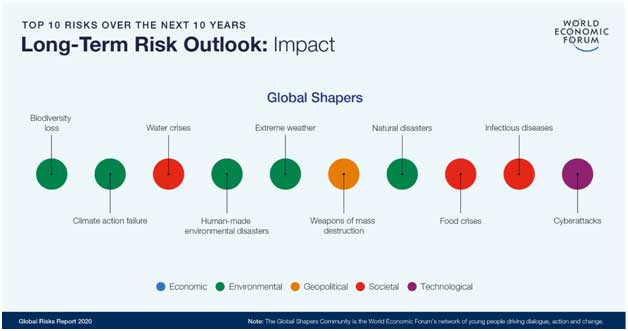 Infographic showing the top 10 risks over the next 10 years, according to the World Economic Forum’s 2020 report. Credit: World Economic Forum
The climate crisis is a water crisis, and a threat multiplier
Throughout the forum I had one consistent message: for the world’s poorest, the climate crisis is a water crisis. Yes, it has long-term implications for your businesses and economies. But, first and foremost, it is a question of survival, dignity and justice, with climate change already having devastating impacts on the lives of the people who did least to cause it.
Flooding, storms and droughts, which all impact on how and if people can get clean water, are becoming more frequent and extreme, and these trends are predicted to rise as the climate continues to change. This will undermine the already precarious access to water for billions around the world.
Climate change acts as a huge threat multiplier, worsening existing barriers to these services and rolling back progress already made.
As people living in climate-vulnerable areas experience changing weather patterns, less predictable rainfall, salt water intrusion and increased exposure to disease, water and sanitation become a critical line of defence.
If your water supply comes from a shallow aquifer that fills with sea water, then you can no longer drink it. But if the person designing your water supply has thought of this threat and factored it in, perhaps by drawing on deeper aquifers, then you can carry on living in your neighbourhood.
If your toilets and sanitation systems are constructed to withstand flooding, then your community does not suffer the same level of contamination after flooding as if human waste had been spread by the high waters.
The water and sanitation sector could become a leader in climate adaptation
But we currently lack the level of public and private sector investment and innovation required to deliver the sustainable water services that would benefit poverty reduction, industry and economic development.
This is a huge blind spot for business leaders and politicians, and a missed opportunity for creating a more sustainable future.
Rather than lagging behind, the water and sanitation sector could become a leader in delivering the kind of green infrastructure, services and jobs urgently required to enable adaptation to the worst impacts of climate change. 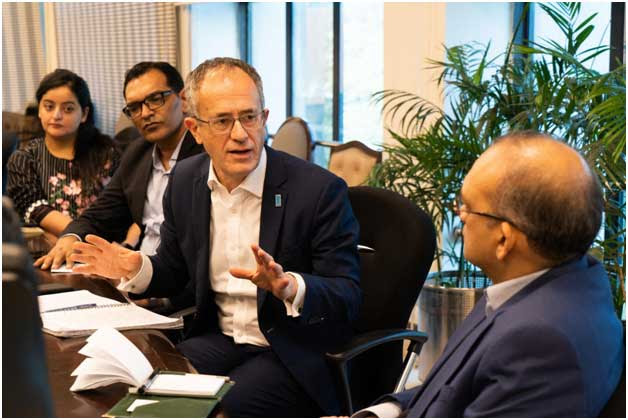 Tim Wainwright, Chief Executive of WaterAid UK, speaking with Hassan Nasir Jamy, Secretary Ministry of Climate Change, at Pakistan’s Ministry of Climate Change in Islamabad, Pakistan. Credit: WaterAid/ Sibtain Haider
Water, sanitation and hygiene are core to a sustainable future
Leaving Davos last year, I was frustrated. I felt that too few understood or discussed the impact climate change would have on the already grave state of the world’s water and sanitation, and the devastating consequences for education, health, productivity and development.
This year, I sensed a greater understanding of the interlinked challenges we face, and with that an air of urgency and proactivity. Businesses are looking for solutions – not just raising concerns.
That is why WaterAid will be one of the organisations working closely with HRH the Prince of Wales as part of his 2020 year of action.
In March, in London, we will bring together the public, private and philanthropic sectors for a high-level summit that will position water, sanitation and hygiene at the forefront of the fight against climate, and work on the solutions that will ensure a sustainable future for all.
And we will continue that work across the WaterAid federation throughout the year, including at the Commonwealth Heads of Government Meeting in Kigali in June, and at the UN Climate Change Conference, COP 26, in Glasgow in November, to help build momentum for decisive action.
In this way we hope WaterAid can play its part in shifting the global trajectory in the coming decade, resulting in a fairer world for the poorest and most marginalised people.
Read our guide Water and resilient business: the critical role of water, sanitation and hygiene in a changing climate to learn more about how businesses can take action.