Print | Send by email
Dr. Ifeanyi Nsofor is a medical doctor, the CEO of EpiAFRIC, Director of Policy and Advocacy for Nigeria Health Watch 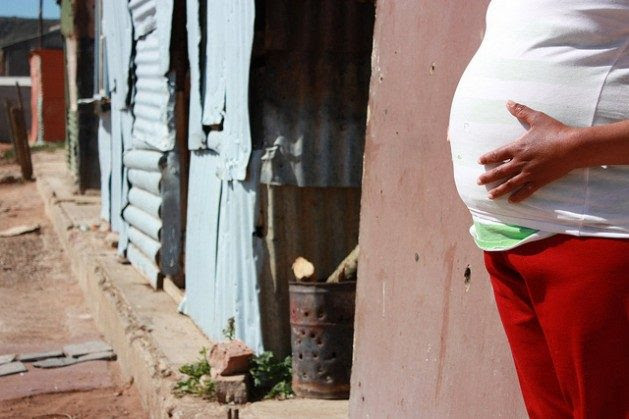 According to the U.S. Centres for Disease Control, symptoms of post-partum depression include; crying more often than usual, feelings of anger, withdrawing from loved ones, feeling numb or disconnected from your baby, worrying that you will hurt the baby and feeling guilty about not being a good mom or doubting your ability to care for the baby.


It could also present with other symptoms of depression such as, thoughts of suicide or suicide attempts, difficulty falling asleep or sleeping too much and overeating or loss of appetite.
On the extreme end,  a few women have harmed themselves and their loved ones. In 2014, for instance, a woman named Carol suffering from post-partum psychosis stabbed and killed her three children aged 2 years, 1 year and 3 months. In 2016, another woman named Elizabeth committed suicide, after months of battling post-partum depression.
Without a doubt, post-partum depression is a neglected part of mental health. It is hardly spoken about. In most cultures, women who suffer post-partum depression are stigmatized and made to feel unworthy.
They are made to keep caring for their children, husbands and families despite suffering a serious disability, which dangerously impacts their quality of life. Women who suffer post-partum depression suffer in silence. When they cry out for help, society and health systems don’t listen.
It’s’ time to listen. We must help prevent post-partum depression and provide care to sufferers. These are ways to achieve both.
Post-partum depression diagnoses and treatment must be included in Maternal, Newborn and Child Health (MNCH) projects. Right now, it is hard to find a project with treatment of post-partum depression as a core component.
Between 2008 to 2010, for instance, I was part of a MNCH project in Nigeria, which focused on managing excessive bleeding after birth in communities and health facilities. Post-partum depression was not a part of that project. With hindsight, I can imagine the number of women who gave birth, looked “okay” but could have been battling post-partum depression. This makes me feel bad. A decade later, these kinds of services are still lacking.
Donors that fund MNCH programs should work with governments and ensure that such services are available to pregnant women and mothers. It is no longer a question of whether post-depression would happen, we know up to 40% of women who give birth will suffer this mental health disorder.
Community education to improve awareness on post-partum depression must be redesigned to show how serious it is. Governments, donors, private sector and community based organisations should work with communities, religious and traditional leaders to dismantle patriarchal cultures that perpetuate this mental disorder. As Olisakwe mentioned in her recent interview, “I think not discussing postpartum depression is the legacy of patriarchy, not the illness itself”.
There should be open non-judgmental discussions about post-partum depression and sufferers should not be shamed but supported to heal. Referral systems for mental health treatment should be established to cater for the women who would require such specialized care.
Communities must understand that not all women have same birth experiences. Therefore, every woman deserves individualized support during pregnancy, birth and afterwards.
Male involvement in pregnancy, childbirth and after birth should be institutionalized. Involving men leads to better outcomes for women. In Nigeria, Tolu Adeleke, popularly known as “Tolu the Midwife” champions male involvement.
Through her interventions, she organizes couples antenatal classes and dads’ antenatal classes. Topics covered during these classes include, what to expect when you are expecting, partner’s role in pregnancy, partner’s role at birth, breastfeeding and partner roles, postnatal recovery and adjusting to life with a newborn.
Parental leave should be non-negotiable. After 9 months of pregnancy, women and their partners need time off work to recover while caring for their newborns. All countries should emulate Finland’s parental leave laws which give each parent 7 months of leave after a child’s birth. This is a good way to involve men in caring for new mothers and newborn.
There is no time to waste, too many women are suffering in silence and crying out for help. It took Ukamaka 17 years of suffering in silence before she was able to write and speak about her experience.
Post-partum depression is a mental health disorder. It should be accorded the recognition it deserves. Period.