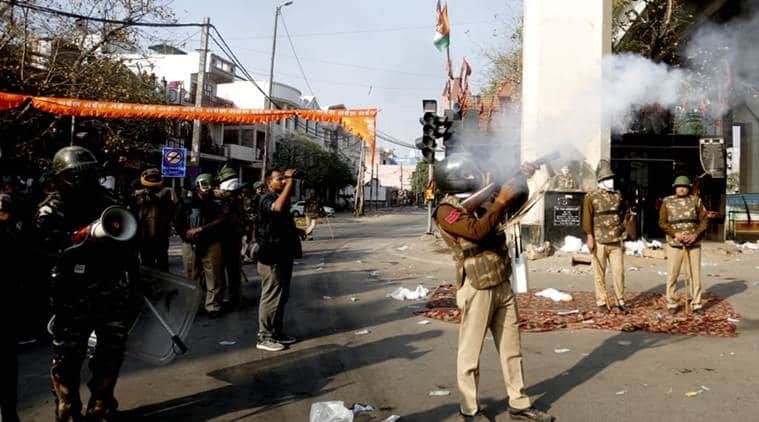 Delhi Police at the violence site near Mauzpur-Babbarpur metro. (Express photo by Amit Mehra)
In embattled neighbourhood after neighbourhood in northeast Delhi, which has been in the grip of violence for three days, one story played through Tuesday from morning to midnight — groups of young men armed with sticks and rods looking for a fight, setting shops and homes owned by Muslims on fire. All right under the nose of the police who either stood as silent spectators, looked the other way or were plain missing when they were most needed.
Publicado por salud equitativa en 4:17