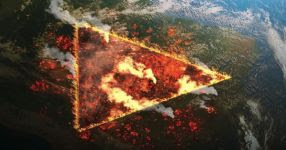 Avaaz just uncovered a massive scandal: While our world is burning, YouTube is spreading climate denial videos to millions of people! Our report is making headlines, but we know these tech giants won’t act urgently unless they see their public brand at risk and advertisers speaking up. That’s where we come in! Let’s flood YouTube and their advertisers with our report findings, surround their headquarters with billboards, and keep up the pressure until YouTube and all social media giants detox their algorithms!

Avaaz has just uncovered a massive scandal: While our world is burning, YouTube is spreading climate denial videos to millions of people!

And it gets worse: They're making money off it...

We just released our report and YouTube is feeling pressure from the media. But we know that these tech giants won’t act urgently unless they see their public brand at risk and major advertisers speaking up.

That’s where we come in!

Let’s flood YouTube and their main advertisers with our report findings, then take our call to EVERY major social media company, their employees and regulators, and keep up the pressure until they detox their algorithms!

Join this call from around the world. Sign now

When searching for “global warming” and “climate change” Avaaz researchers found that the YouTube algorithm was throwing up misinformation videos that racked up millions and millions of views. The videos claimed that “global warming is a hoax”,  scientists are wrong and blaming humans for it is a “scam”!

It’s not just YouTube. Most social media’s algorithms are programmed to maximise time spent on their platform, even if that means millions of people watching crazy conspiracy theories and blunt misinformation.

The Guardian, TIME, and influential media outlets across the world have reported about our findings but if we let go now, the media wave might die down and things could go back to normal. We can’t allow that to happen.

So lets up the ante, by showing YouTube and other social media giants that millions want them to act urgently. We’ll get their advertisers as well as their employees on board to make them change course. Sign now, then read our report and share it with all your friends:

Join this call from around the world. Sign now
This movement is made up of millions of citizens who believe in and fight for a better planet. With social media spreading lies about climate change to millions of people, we risk losing this battle. From fighting diseases to global warming, we need the facts to find the solutions that save us all. That’s why our community is at the heart of the fight against disinformation and we’ve become one of the leading voices in the global defence of truth. We’ve done this by uniting around the biggest issues of our time -- because to protect everything we love, we need everyone.

With respect and gratitude,

Why is YouTube Broadcasting Climate Misinformation to Millions? YouTube is driving its users to climate misinformation and the world’s most trusted brands are paying for it - Avaaz report