Madrid 1 JUN 2017 - 04:46 ART
There were 28,281 officially registered female victims of gender-related violence in Spain in 2016, a 2.4% rise from the previous year, according to the country’s National Statistics Institute (INE). 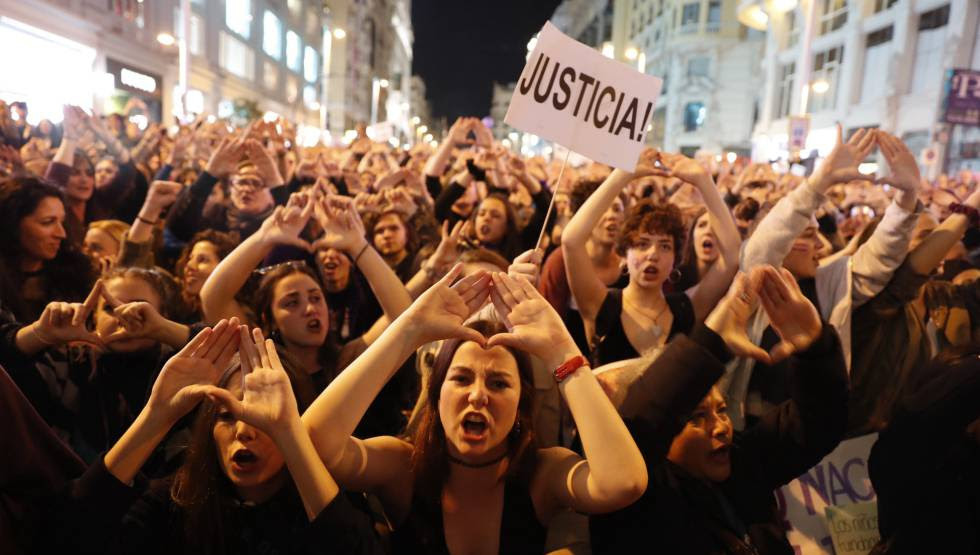 
Of these women, all of whom were given some form of official protection, 44 were killed by their spouse, or ex-partner according to provisional figures from the Health Ministry.
The rise in the number of officially recorded victims has grown for the second year in a row, following a drop between 2012 and 2014.
Nearly half of the victims of gender violence who had been assigned precautionary measures by a court (48.6%) were between 30 and 44 years old, according to the Statistics on Gender Violence and Domestic Violence reportreleased on Wednesday.
Under Spanish law, gender violence can be physical or psychological by a man against a female partner
By age group, the biggest increase in 2016 was among women 75 and older (14.6%), followed by the 40–44 age group (8.5%). In relative terms, however, the rate of abuse is highest in the 25-29 age range with three out of every 1,000 requiring some form of official protection.
In the case of abused teens, complaints fell by 10.7%: there were 569 victims last year compared with 637 in 2015.
The most significant rise in complaints was against men aged 75 and older (12.9%). In the majority of cases (23.3%), across all age groups, the victim and the abuser were married.
There was also a 7% rise in the number of convictions, up from 24,265 to 25,959, while acquittals dropped from 6,768 to 6,288. In seven out of 10 cases, the conviction was handed down in under a year.
The most significant rise in complaints was against men aged 75 and older – 12.9%
Under Spanish law, gender violence consists of any physical or psychological aggression by a man against a woman who he has a relationship with.
The new survey also presents data on domestic violence, defined as aggression by either a man or a woman against a member of their own family (including children, grandparents, siblings). In 2016 there were 6,863 registered victims of this type of aggression, a 5.1% drop from the previous year. Of these victims, 62.5% were women.
Domestic violence is spread more uniformly across all ages, although the under-20 group stands out, with those aged 18 to 20 particularly at risk.
Although in absolute terms the vast majority of victims are Spanish, the rate per 1,000 inhabitants is higher among foreign nationals living in Spain.
Within the family, mothers are most often the victims of domestic violence (27.9%), followed by children (27.1%), fathers (11.2%) and siblings (9.8%).
The INE statistics offer information about cases in which protection orders or some other form of precautionary measure were recorded with the Justice Ministry’s Central Register.
According to the General Council of the Judiciary, last year 134,462 women reported being victims of gender violence, regardless of whether their complaint led to court-appointed measures or not.
English version by Susana Urra.

Thousands of women march in Spain to demand equal rights 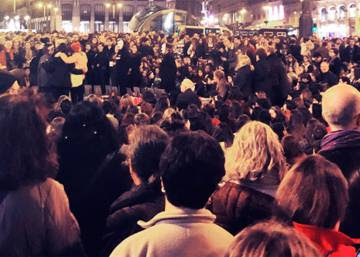