One image dedicated to Ignacio Echeverría was retweeted more than 7,000 times in a day 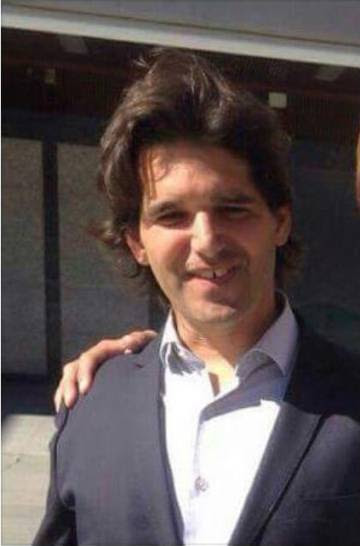 
Cartoonists have been paying tribute to Ignacio Echeverría, the 39-year-old Spanish resident of London who was killed on June 3 while using a skateboard to try and defend a woman being stabbed by the terrorists who carried out Saturday’s atrocity in the Borough Market area of the UK capital.
The most-shared cartoon is that of José Rubio, known as “Malagón.” The message reads: “Not all superheroes wear a cape – some have a skateboard.” This image, with its accompanying caption, was retweeted more than 7,000 times in a day.
Malagón created the cartoon on the same afternoon that the death of Echeverría was finally confirmed after a delay of several days. “The wait [for confirmation of his death] created a mixture of tension, anger and uncertainty,” the 44-year-old cartoonist told EL PAÍS. “When I read the news, I felt sadness but also pride because of his heroic and selfless action, and I got to work on the cartoon.” 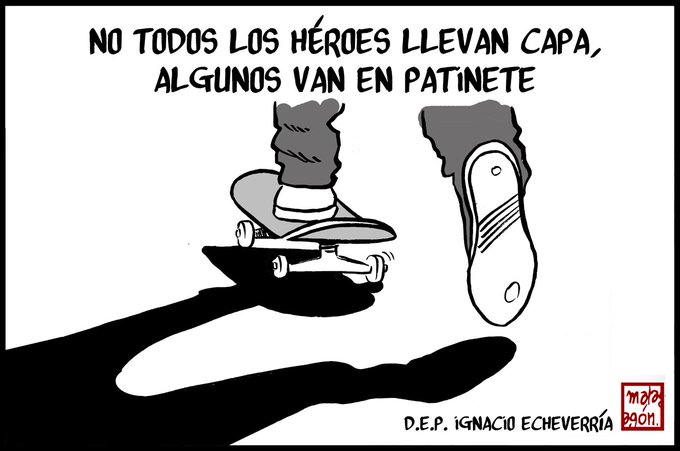 “Not all heroes wear a cape, some travel by skateboard.” “RIP Ignacio Echeverría, my humble tribute.”
“I didn’t have any great aims except to create a personal and simple homage to Ignacio,” he said. 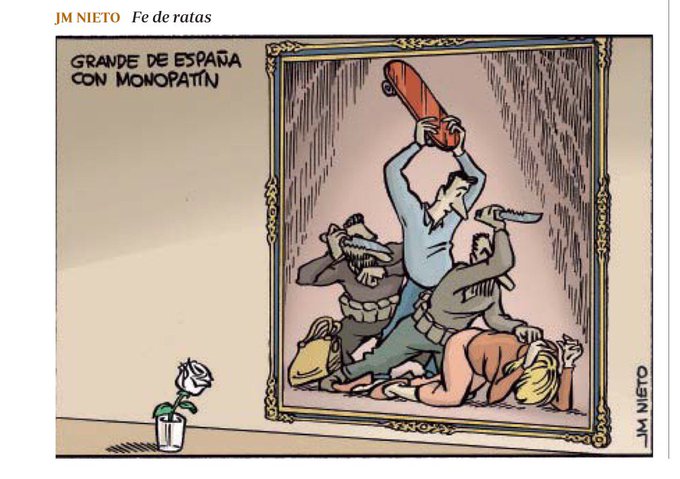 “Grandee of Spain with skateboard.” “Indeed, @humorjmnieto Grandee, very grande from Spain, the very honorable Ignacio Echevarría.”
The cartoonist works for media outlets including the online news site CTXT, Yahoo and the Spanish daily ABC but chose to publish the image directly on social media. “ I could have kept it aside and published it the following day, but it was something personal that I wanted to share,” he said. But the cartoon’s popularity isn’t just down to Malagón’s posting of it online. Spain’s National Police also shared the picture via their Twitter account, which has nearly 2.7 million followers. 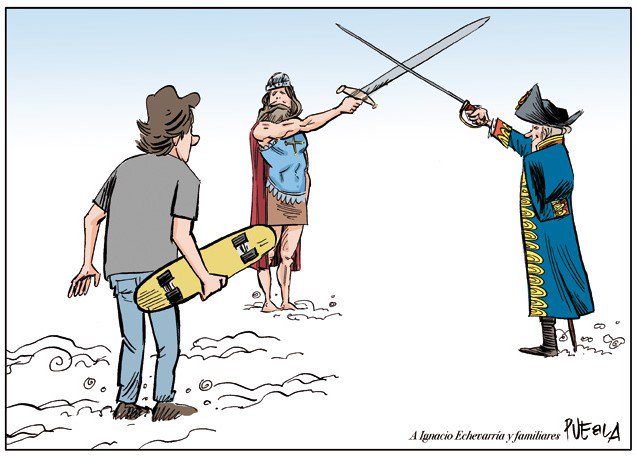 “To Ignacio Echevarría. another Spanish hero.”
“I suppose it worked because people can relate to it: we all had the same felling and people identified with it and shared it,” says Malagón, who said he had no intention of making the image go viral.

Published by Gallego & Rey in El Mundo.
The expression “Not all heroes wear capes” is an ongoing joke online. “Because I was thinking about the skateboard, and because I think Echeverría is a hero, it occurred to me to form a link between the two ideas,” Malagón explains. “Simple things usually work best in cartoons.” 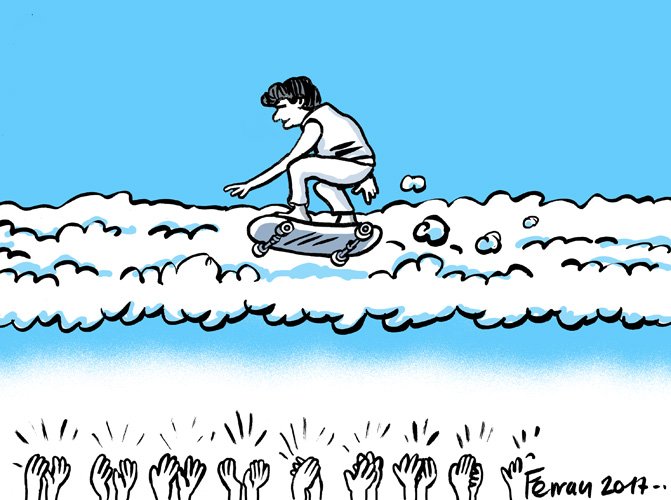 “Thank you Ignacio Echevarría. RIP. (In his memory, accompanied by his family and friends).”
Other cartoonists have also paid tribute to the heroism of Echeverría. Here are some examples published in the last few hours.
Drawings and cartoons have become a common way of expressing pain felt after terror attacks. Many of them have since become iconic, such as that of French artist Jean Jullien whose image combined the peace symbol and the Eiffel Tower after the 2015 terror attack in Paris, or the cartoons based on the image of the Brussels Manneken Pis statue.
English version by George Mills.
Publicado por salud equitativa en 5:08