Lutheran songs: a musical gift for all Christians

Lutheran songs: a musical gift for all Christians

The reformer planted the seeds of an extraordinary musical culture in Germany.

An early printing of Luther's hymn A Mighty Fortress Is Our God. Wikipedia CC BY-SA 2.5
I am writing this article just after having come back home from a journey in Germany, where I attended an international conference in Wittenberg and spent a few hours in Leipzig.
Wittenberg, of course, is one of the most important “Luther towns”, where he started his preaching by posting his theses on the door of the Castle Church, five hundred years ago.
And Leipzig, not far from Wittenberg, is – especially for us musicians – the city of Bach, where he lived, taught, composed and conducted some of his greatest masterpieces, about two hundred years after Luther’s own life.
Bach was a faithful Lutheran, though he wrote magnificent works for the Catholic liturgy; in the church where he is buried, and where the stupendous Matthew Passion first resonated in the eighteenth century, a choir of boys continues the tradition of sacred singing which was already ancient in Bach’s time.
These two figures ideally frame this fifth article on music and the Reformations of the sixteenth century, part of a series created for MercatorNet. We have already seen the theoretical views of many Reformers, both Protestant and Catholics, on the problems of church music (of their time, though frequently analogous to those of our own time), and on the resources music could offer for spreading the good news of the Gospel and for praising God.
In this and in the following articles, I will discuss the musical practice of the Christian Churches, starting with the Lutheran approach to music as it was conceived and enacted in the sixteenth century. 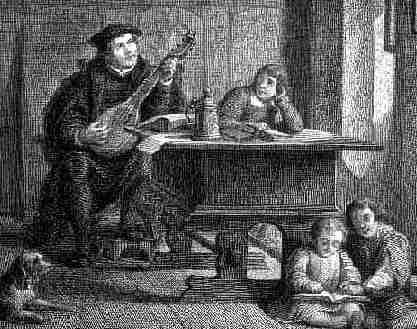 If every fan of MercatorNet donated just $10, our future would be much more secure.
- See more at: https://www.mercatornet.com/features/view/lutheran-songs-a-musical-gift-for-all-christians/19864#sthash.HIvbLLyC.dpuf


In an important article today Dr Philippa Taylor highlights a new British poll showing that an overwhelming majority of Britons want to make it harder for women to get abortions - not easier, as certain professional bodies and politicians claim. What is more, women are more in favour of restrictions than men -- the opposite of what we hear from the media. Says Dr Taylor:

It is particularly striking how much support there is amongst women for lowering the time limit for abortion, which currently stands at 24 weeks. Of the 70% of women who want the limit lowered nearly six in ten are in favour of a limit of 16 weeks or fewer and 41% actually want it 12 weeks or less.

Read her article.
One other highlight today: Martin Luther remains theologically controversial after five centuries, but, as Chiara Bertoglio writes, his musical legacy has a universal appeal. When it comes to popular hymns we are probably all Lutherans to some degree, wittingly or no. It is interesting to read, too, that Luther preserved the Catholic tradition of Latin and plainchant alongside the new repertoire of German songs he fostered. A faith that cannot express itself in song must surely die out, so at least Luther had that right.