Family Edge looks at news and trends affecting the family in the light of human dignity. Our focus is the inspiring, creative, humorous, annoying, ridiculous, and dangerous ideas in the evening news. Send tips and brainwaves to the editor, Tamara Rajakariar, at tamara.rajakariar@ mercatornet.com - See more at: http://www.mercatornet.com/family_edge/view/enduring-marriages-mean-less-child-poverty/17738#sthash.Y8JPyA2m.dpuf 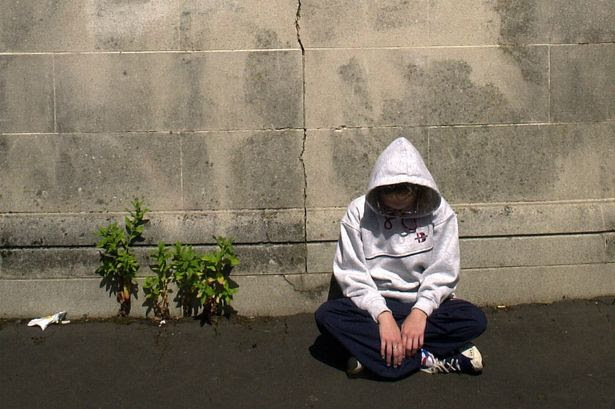 “The government has been forced into retreat after agreeing that it should continue to report lack of money as a measure of child poverty,” snipped the UK-based Guardian last week. At issue was ministers’ desire to cease publishing an annual report that gave the number of children in low-income homes. Child-poverty reform advocates praised the move, arguing that it “will at the very least stop child poverty from being hidden from view.”

Said a spokesperson for the Department for Work and Pensions, “This government is dedicated to eradicating child poverty and improving children’s life chances and we strongly believe that we must tackle the root causes of poverty, rather than just the symptoms.”

But research suggests that addressing “the root causes of poverty” may take something much more substantial and much less popular than publishing income levels—something like government policies that would encourage families to stay together.

The empirical evidence implicating family disintegration as a cause of child poverty continues to grow, regardless of whether progressives wish to acknowledge it. The latest such evidence appears in a study of child poverty recently completed by researchers at the University of North Carolina at Chapel Hill.

To identify the social and economic predictors of child poverty, the North Carolina scholars examine a county-level data set, drawn from census reports extending from 1990 to 2010.

Quite predictably, the researchers find that “on average, the unemployment rate in a county is a very strong predictor of [child] poverty.”

But no one should conclude that unemployment alone determines rates for child poverty. After statistical analysis of their data, the researchers conclude that “alongside unemployment, high proportions of female-headed households with children and lower aggregate educational achievement levels are also significant predictors of child poverty.” Indeed, the researchers stress that in their final and most sophisticated treatment of their data, “these two variables have predictive power similar to the unemployment rate.” (Emphasis added.)

In their interpretive conclusion, the researchers acknowledge that “the highly time-resistant strong spatial clustering of [child] poverty and its related predictors in this country suggest the United States is making little progress over time in addressing this persistent social and ethical issue.” They understandably believe that as the nation goes forward, “job creation and amelioration of high unemployment must remain part of the policy mix.” Their findings would seem to justify strong efforts to enhance education as well.

However, only the ideologically blind will fail to see the policy implications of a study in which family structure rivals unemployment as a statistical predictor of child poverty. Anyone who genuinely wishes to reduce the number of children mired in poverty must begin to talk seriously about ways to foster enduring parental marriages.

This article has been republished with permission from The Family in America, a publication of The Howard Center. The Howard Center is a MercatorNet partner site.
- See more at: http://www.mercatornet.com/family_edge/view/enduring-marriages-mean-less-child-poverty/17738#sthash.Y8JPyA2m.dpuf

At this distance, it is looking like a Trump vs Clinton battle for the US Presidency in November. It could be quite dispiriting for those who believe in human dignity. Mr Trump is a demagogue who seems to say whatever will get him applause, even advocating the use of torture. Mrs Clinton is a passionate defender of abortion rights and same-sex marriage. What a choice!
Some people's instinct is to pull a blanket over their heads and turn out the lights. Fr James Schall, a distinguished scholar and political philosopher, reviews varieties of this response from past eras -- and rejects them. A good citizen cannot withdraw from the public square, he contends. It's a very insightful essay. Read it below.