We can all be heroes

We can all be heroes

Africa is a continent that is big, joyful, generous, enthusiastic and optimistic. Harambee tells its stories: from its love of life and family, to people who have withstood great odds to stories of innovation achieved with limited resources. Our partner is Harambee Africa International, a Rome-based NGO. We want to hear from you. Contact Eugene Ohu, the editor, at harambee@mercatornet.com.


We can all be heroes 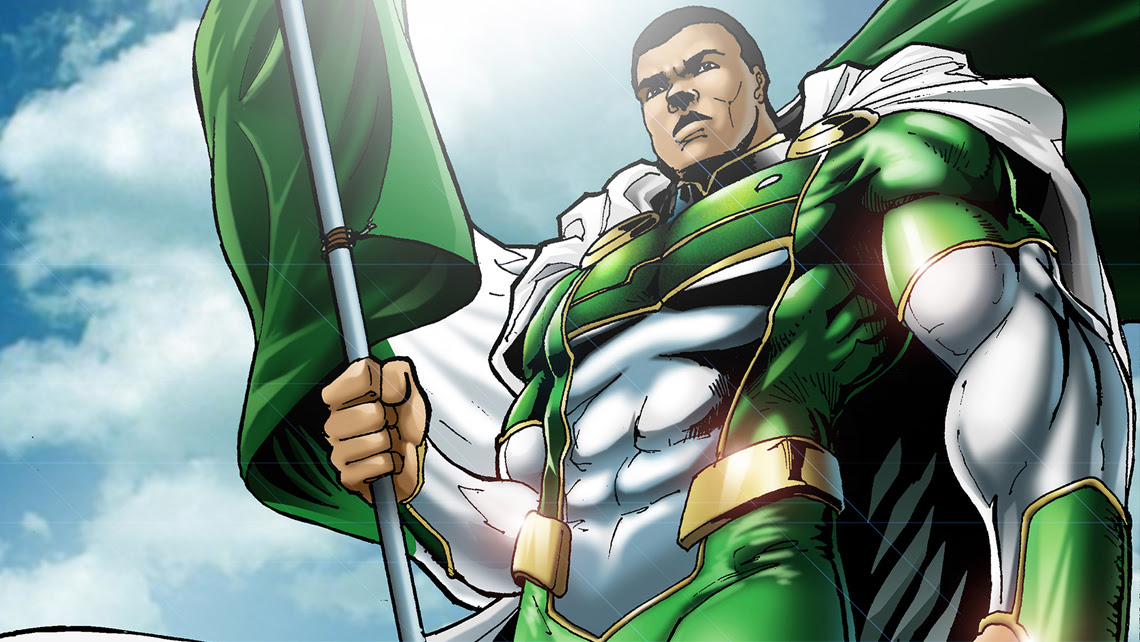 Some young Nigerian artists have created Comic Republic and invented superhero characters that are gaining in popularity in Africa and beyond.  Comic Republic is growing fast, with over 25,000 comics (about 20 pages each) downloaded so far.

Africa is a continent that often makes the news for all the wrong reasons: crime and corruption for example.  From this same continent, a group of daring and talented artists are working at changing Africa’s global image and boosting the hopes of many young Africans for a better future, through a medium that most captures their imagination; the world of comic book fiction.

Comic Republic was launched in 2013 by a group of young Nigerian artists and story writers based in Lagos. Their passion for comic books gave rise to the idea of creating African superheroes who, in the imagination of young Africans, would champion the ideals that make up a better society. Family and friends believing in this ideal contributed, together with organizations like Kickstarter, a company “that helps artists, musicians, filmmakers, designers, and other creators find the resources and support they need to make their ideas a reality.”

In the 1930s and 40s, when the world was threatened by ideologies that aimed to oppress and exterminate entire peoples, young Americans turned to Superheroes as the defenders of their most prised values as a nation: freedom, justice and peace. The stories of characters like Superman, Captain America and Batman made their way into each child’s home through printed comics and eventually on television. They inspired hope in victory over evil. And although each of these personalities was portrayed as having a troubled past, that was never a definitive obstacle in their pursuit for the good.

Similarly, far from denying the problems that many African countries face, superheroes like Guardian Prime, EXO, Max Speed have been portrayed as home-grown African citizens (mostly Nigerian) who have taken up these challenges personally, and have decided to employ their special powers to bring them to an end. Honesty, honour, courage, friendship and teamwork are themes underlying a series of impactful stories. They are depicted in high-quality rendered artwork, that, although American in inspiration, is truly African in essence. The stories are set in African cities, countries and regions, some contemporary and others futuristic.

Surprisingly, over half of Comic Republic’s downloads are from readers in the US, the UK, and from other countries like Brazil and the Philippines. It has even caught the attention of media like Forbes and CNN, and “so far, private companies have asked Comic Republic to create comics for their products and NGOs have asked for help illustrating public health risks like malaria.”

As the stories of these superheroes unfold, and as some of them are already in production as movies, the message about Africa that these artists are sending to the world can be summed up with one of the author’s words: “The future is not as a result of choices among alternative paths offered by the present, but a place that is created… First within the mind and will, then within the next activity” The future is not some place we are going but some place we are creating. Good day folks.
- See more at: http://www.mercatornet.com/harambee/view/we-can-all-be-heroes/17731#sthash.eQT7QhjF.dpuf

At this distance, it is looking like a Trump vs Clinton battle for the US Presidency in November. It could be quite dispiriting for those who believe in human dignity. Mr Trump is a demagogue who seems to say whatever will get him applause, even advocating the use of torture. Mrs Clinton is a passionate defender of abortion rights and same-sex marriage. What a choice!
Some people's instinct is to pull a blanket over their heads and turn out the lights. Fr James Schall, a distinguished scholar and political philosopher, reviews varieties of this response from past eras -- and rejects them. A good citizen cannot withdraw from the public square, he contends. It's a very insightful essay. Read it below.