Welcome to Demography Is Destiny. We launched this to counter two media memes: that humans are a cancer which is destroying our planet and that world population is spiralling to unsustainable levels. The real story is that intelligent and inventive humans will rise to the challenge of climate change and that our real problem is the coming demographic winter. The editors of Demography is Destiny are Marcus and Shannon Roberts, who live in Auckland, New Zealand. Send them your comments and suggestions.  - See more at: http://www.mercatornet.com/demography/view/the-top-ten-predictions-for-future-living/17765#sthash.LvhvoTdS.dpuf 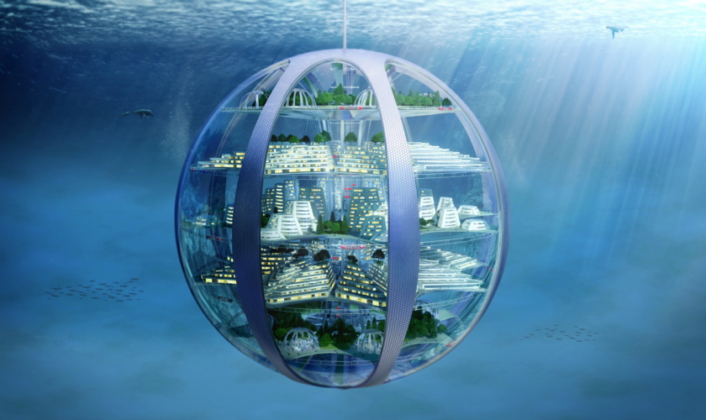 It is hard to know where the future will take us.  Just as scientist Paul Ehrlich argued that “in the 1970s hundreds of millions of people will starve to death in spite of any crash programmes embarked upon now”, many today argue on the basis of wrong assumptions or ways of life which may change.  Who, back in the 1930's and 40's when smokers of Camels were encouraged to smoke a cigarette between every course of a Thanksgiving meal as an “aid to digestion", would have thought smoking would be frowned upon so much today?  Life and technology can change drastically in a short period of time.
So that you and I might perhaps be a little better prepared then, here are nine predictions for future living in 100 years time according to a recently released report commissioned by Samsung and authored by a team of academics including United Kingdom space scientist, Dr Maggie Aderin-Pocock, futurist architects and lecturers at the University of Westminster, Arthur Mamou-Mani and Toby Burgess, and urbanists Linda Aitken and Els Leclerq:
Some of these predictions anticipate more people and the need for more space, as popular visions of Earth's future often do.  One wonders if the study authors have taken into account the probable population decreases in many countries in the coming decades.  Japan leads this trend, with the latest census finding that Japan's population decreased by 947,000 people since 2010 to 127.1 million – perhaps the “super skyscapers”, “earth-scrapers” and “underwater cities” will not be needed there or in other countries such as Germany, Italy, South Korea, and Taiwan which will also likely experience population contraction?
My mind boggles as to how 3D printing the dishes of famous chefs would actually work, but that part does sound pretty good!  Hopefully what we do not see is people testing progress at any cost, but carefully assessing what would be, and what would not be, good for humanity as a whole and our own grandchildren as technology moves forward.
- See more at: http://www.mercatornet.com/demography/view/the-top-ten-predictions-for-future-living/17765#sthash.LvhvoTdS.dpuf

One of our main features today is an interview with Margaret Somerville, one of our most popular contributors. She is the founding director of the Centre for Medicine, Ethics and Law at McGill University in Montreal and a leading voice for common sense in Canadian ethics debates -- of which there have been no shortage in recent years. In the article below she covers some of the main themes of her latest book,Bird on an Ethics Wire: Battles About Values in the Culture War. I think that the best advertisement is to quote one stirring paragraph:


Amazement, wonder and awe can also generate hope. I am a big advocate of hope. I call it the oxygen of the human spirit. Without it our spirit dies, and with it we can overcome even seemingly insurmountable obstacles. I see hope as an active process, not something passive. It is like making peace or making war, you have to make hope. We need hope – which is tied to the future – in order to make the best decisions about values.