Dear "el dispreciau",
Good news to share with you! After pressure from you and thousands of Walk Free supporters, Norway has become the second country, after Niger, to ratify the Protocol to the Forced Labour Convention (better known as C29)1. This is important since the adopted Protocol only comes into force 12 months after being ratified by two member states.
Following the Norwegian Government’s action, the new Protocol will come into force on 9 November 2016. 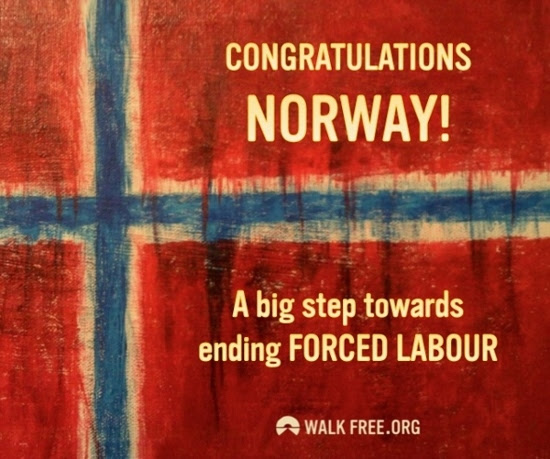 We applaud Norway on this massive step, and look forward to it helping implement the end to modern slavery. And we thank you very much for helping to achieve this win!
To celebrate this important milestone in the fight to stop forced labour around the world, will you share this Facebook post?
In solidarity,
Maru, Alex, Joanna, and the rest of Walk Free Team
1 http://www.ilo.org/global/about-the-ilo/newsroom/news/WCMS_426566/lang--en/index.htm
Publicado por salud equitativa en 6:01