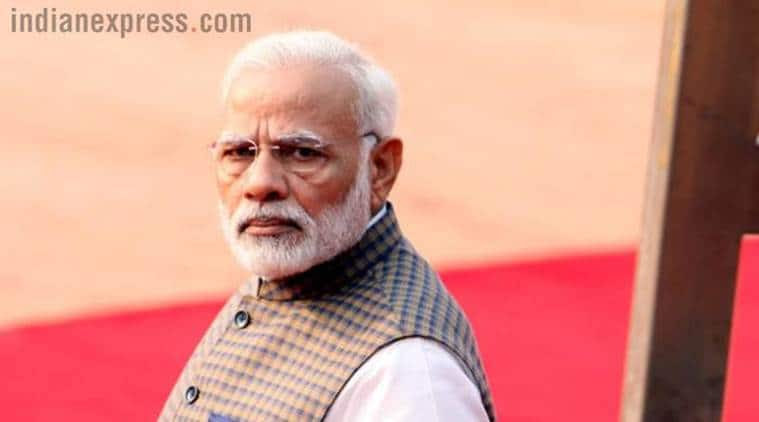 Four years of NDA government have put India on a downward spiral
Edmund Burke famously remarked: “Hypocrisy can afford to be magnificent in its promises, for never intending to go beyond promise, it costs nothing.” As the government completes four years, it appears obsessed with drum-beating and window-dressing rather than reflecting on the ground reality.
In May 2014, Narendra Modi won an overwhelming electoral mandate riding on the promise of transformational change and an invigorating hope — acchhe din. Four years later, hope has turned into gloom, business opportunities into financial distress, eradication of corruption is a mirage and job creation, a jumla. The government has lost credibility as it stutters and splutters from one issue to the other. It is imperative to examine certain key aspects of the government’s performance.
The Modi government has endangered the country’s internal and external security through its parochial nationalism. Jammu & Kashmir has become its first victim with an ideologically contradictory, yet power driven PDP-BJP alliance leading the state into turmoil. Since May 26, 2014, 371 jawans have been martyred and 239 civilians have been killed in the state. Add the over 3,000 border ceasefire violations by Pakistan and terrorist attacks on major military installations from Pathankot to Uri, and the situation is quite grave. The lack of a clear-cut policy to deal with Pakistan has added to the confusion, with the political executive virtually abdicating its responsibility.
On the other front, China has built a military complex in North Doklam barely 10 metres away from Indian Army posts and proceeded to construct a road link in South Doklam up to the Chicken’s Neck — the Siliguri corridor. The government’s refusal to even recognise the potential flash point, coupled with PM’s “no agenda visit” to China, has done little to serve national interests.
With agrarian distress and indebtedness at an all-time high, India’s farmers feel betrayed by the government, which promised them cost + 50 per cent profit as MSP. In reality, agriculture growth is down to 1.9 per cent, the lowest ever, compared to a steady 4.2 per cent growth in the farm sector during the UPA period. The PM Crop Insurance Scheme has ended up generating a profit of Rs 14,800 crore for insurance companies while farmers received just Rs 5,650 crore as compensation. As the PM and finance minister refuse to accept responsibility of a loan waiver for small and marginal farmers, questions are rightfully raised on the treatment meted out in favour of a handful of industrialists, who have walked away with loan waiver of Rs 2,41,000 crore.
Every indicator of the economy, from investment to growth, is showing a downward trend. The first casualty has been jobs. Modi came to power on the promise of creating two crore jobs every year. Only 1.35 lakh jobs were created in 2015, the lowest in seven years. According to Labour Bureau data, only 4.16 lakh jobs were created in 2016-17. The jobs generated are also not sustainable. Nearly 1/3rd of low-skilled workers in the IT sector will lose their jobs by 2022. The shrinking of jobs in the non-farm sector, particularly in manufacturing, is alarming.
Severe stress and the consequent lack of faith of people in the banking sector has also raised serious concern. The Q4 results of banks reflect unprecedented losses worth Rs 55,000 crore. Bank frauds have already cost over a lakh crore, with questions being raised on the protection granted by the state to the likes of Vijay Mallya, Nirav Nodi, Lalit Modi and Mehul Choksi. With NPAs crossing Rs 8,31,000 crore, banks’ capitalisation and short- and medium-term banking reforms remain illusive.
The avoidable conflict between the executive and judiciary over the appointment of judges and the selective rejection of collegiums’ recommendations has hurt judicial independence. From the RBI to Niti Aayog, from IITs to IIMs and from the CAG to Election Commission, every institution is under attack. More than ever, India’s foundational values of diversity and tolerance are under assault.
The NDA is, in fact, heading towards India Shining part 2, where reality will defeat the propaganda. The past four years have been only “lights-camera” but “no action”.
The writer, an MLA, is communications and media in-charge of the Congress
For all the latest Opinion News, download Indian Express App
More From Randeep Singh Surjewala