Search on for Spaniard missing after London terror attack

Ignacio Echeverría, said to have confronted one of attackers, has not been seen since Saturday

A Spaniard who lives in London is missing after last being seen in the city on Saturday, at one of the sites of the attack in which seven people were killed and 48 others injured. The family of Ignacio Echeverría, 39, says that the Madrid native was returning from a park where he had been skating with friends, when the group witnessed a man stabbing a woman in the area of Borough Market, near London Bridge. 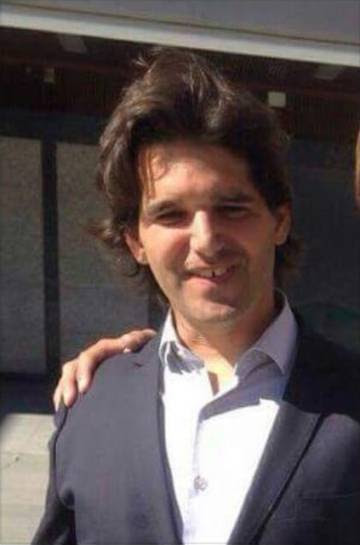 
Echeverría’s friends said he was the only one among them who stopped to help the woman under attack, and that he faced up to the assailant.
“At that point he jumped off his bike and hit the assailant with a skateboard,” said a member of his family. The last time his friends saw him, he was “lying on the ground after defending the woman with his skateboard. He was brave, getting involved to save the woman.”
Since then, neither friends nor family have managed to get in touch with him, nor have they located him at any hospital despite having relayed the information to the Spanish consulate, to the police, to area hospitals and to HSBC, the company where Echevarría works.
Sources at the Diplomatic Information Office told EL PAÍS that workers at the Spanish embassy and consulate are “in permanent contact” with the family and with British authorities in order to locate the missing man.
A Red Cross Tweet calling for help in the search for Ignacio Echeverría
Echeverría’s family said that he was probably without ID at the time of the incident, since he was returning from doing sport. He is around 1.75 meters tall, weighs 85 kilograms, and was wearing jeans, black Vans shoes with white soles and a dark sweater. He has a scar above one of his eyebrows, near his hairline, and wears a gold chain with a medallion around his neck.
A sister who also lives in London has been making the rounds of the hospitals, but these facilities have been cordoned off and she has been unable to get confirmation that her brother is among the wounded. All the family knows is that “he is not on the list of fatalities.”
There is another Spaniard who is hospitalized in London. No personal details have been disclosed, but diplomatic sources said that his injuries are not serious.
English version by Susana Urra.