BioEdge: The nuts and bolts of CIA torture

BioEdge: The nuts and bolts of CIA torture 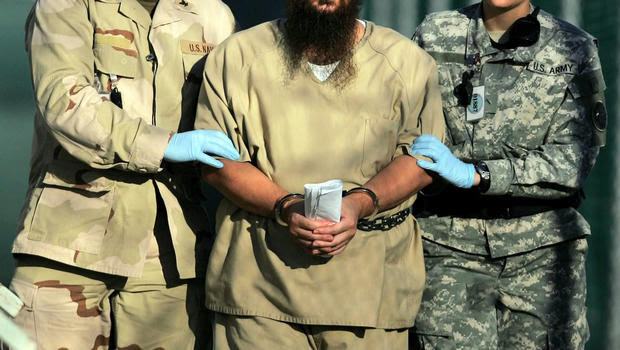 Can doctors participate in torture if there is a reasonable expectation of mitigating the harm done? It could be a seductive hope for a military doctor who is under pressure to cooperate.

However, in a book review in the Journal of Medical Ethics, Henry Shue, of Oxford University, explains that the latest CIA techniques of torture make even minimal participation ethically impossible, no matter how low the bar is set.

Contemporary torture is not so much physical as mental. Its goal is to make the person “psychological putty” in the hands of his interrogators.

The goal of the CIA paradigm as used in Guantanamo is to produce at least temporary regression to an infantile state in which the torture victim will become completely compliant (and therefore supposedly tell the torturers what they want to know). Infantile regression is produced by unhinging the structure of the self of the torture victim and alienating him from his own values through methods like sexual humiliation, religious contempt, sleep deprivation and temperature extremes.

An essential element in this is ensuring that no stable human relationship of any kind should develop between the victim and his captors.

… such total control is maintained over the victim that it is difficult for me to imagine how even if a well disposed doctor could manage to have meaningful conferences with a victim, or by some other method somehow discern what she took his genuine interests to be (as a physician attending an unconscious patient might), that the authorities at a torture site like Guantanamo would ever permit a doctor to take action that served the interests of the victim in a manner that was contrary to the demands of its relentless regression regimen.

A doctor needs to establish some bond with a patient and to understand his history in order to help him. But in this regimen, it would be impossible to know anything meaningful about the victim’s real state of mind. So it is quite unlikely that a doctor’s complicity with the torturers will ever succeed in lessening the pain of the victim.
- See more at: http://www.bioedge.org/bioethics/the-nuts-and-bolts-of-cia-torture/11788#sthash.kRoPasrX.dpuf

Neurodegenerative disease is often cited as a reason for requesting assisted suicide or euthanasia. So insights into the motivations of profoundly disabled persons who want to live -- like British physicist Stephen Hawking -- are valuable.

Another victim of ALS in the same league as Hawking is Mario Melazzini, the new chairman of the board of the Italian counterpart to the FDA in the US. He has been in a wheelchair for 14 years and is completely dependent upon carers. Nonetheless he expresses an infectious optimism about life.

When I started to look at my disease with fresh eyes, I understood it and made a fresh start on life. The moment I stopped thinking about what I could not do because of ALS, but what I could still do for myself, for my children and friends, my life changed …

Life is a gift, an asset which must be nurtured from the moment of conception to natural end, even with illness. Life must not be manipulated according to an ideology. We need to realise that in any condition, when properly supported, everything can be seen as a great opportunity … The only incurable thing is the will to live!

Canadian ethicists prepare for the worst
by Michael Cook | Mar 05, 2016
They may not have the right to conscientious objection over euthanasia.

Sanitizing the language of clinical trials
by Michael Cook | Mar 05, 2016
When did subjects of medical experiments become "medical heroes""

Treating racist patients
by Michael Cook | Mar 05, 2016
Should hospitals accommodate them? Should doctors?

Costa Rica’s battle with IVF
by Michael Cook | Mar 05, 2016
A protracted struggle in the courts still has no resolution.

The nuts and bolts of CIA torture
by Michael Cook | Mar 03, 2016
No matter how low the ethical bar is set, doctors cannot be complicit