Africa needs to invest in its youth, not prevent their being born

Africa needs to invest in its youth, not prevent their being born

Africa is a continent that is big, joyful, generous, enthusiastic and optimistic. Harambee tells its stories: from its love of life and family, to people who have withstood great odds to stories of innovation achieved with limited resources. Our partner is Harambee Africa International, a Rome-based NGO. We want to hear from you. Contact Eugene Ohu, the editor, at harambee@mercatornet.com.


Africa needs to invest in its youth, not prevent their being born 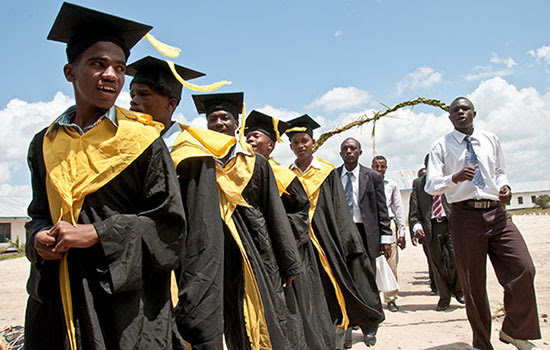 Much has been written about the growing population of Africa and its youthfulness. According to the UN’s latest projections, Africa will have 4.4 billion people by 2100, accounting for 39 percent of the world’s population and almost half of its young people below 14. Joining Nigeria among the world’s ten most populous countries will be Congo, Tanzania, Ethiopia and Niger.

A report on this which appeared in The Economist last December paints a worrying picture of the future. By dismissing African countries as unstable and poor, the writer goes on to posit that Africa’s fertility dooms efforts to “eliminate poverty, curb global warming and manage international migration.” On this last one, the writer even patronisingly promises increased numbers of “Africans seeking better lives in Europe and other richer places.”

The article certainly has its merits, and the parts I have highlighted are not necessarily representative. But it falls short on many counts. First, it makes absolutely no mention of, and does not take into account, the fact that Africa has the world’s fastest growing continental economy. A June 2010 report by McKinsey & Company put that collective growth rate at 4.9 percent annually between 2000 and 2008, and it has increased since then.

Concurring with the company, the African Development Bank in a July 2013 report attributed this growth, not to the recent marginal decreases in Africa’s population growth rates, but to an “overall improvement in the quality of economic governance in recent years, with increased capacity to deliver economic opportunity and basic services.”

Furthermore, apart from the fact that many African countries are actually quite stable, most of the instabilities The Economist vaguely refers to aren’t caused by the size of Africa’s population but rather by historical factors attributable in no small way to the actions of the very Western powers that are now condemning the continent.

After establishing a causal relationship between economic prosperity and lower population growth rates, the article doesn’t say anything about the absurdity of the long-term results. It is unsurprisingly silent on the now obvious fact that Europe and East Asia’s shrinking populations only offer an illusion of stability and wealth.

It is becoming clearer that many problems will arise out of this phenomenon, not least the reduction of the wealth that occasioned it and the stability that was supposed to come out of it. In panic, and with implicit acknowledgement that things have gone wrong, a number of countries are trying to restore population growth using methods that are doomed to fail as spectacularly as their growth rates plummeted.

To propose that Africa go down this route, whose very “benefits” are known to be perilous, is eerily evocative of the push for euthanasia, where death is proposed as a solution to the world’s many problems. A measure that eliminates its intended beneficiaries can hardly pass for a solution at all, let alone a desirable one.

Finally, the article uses Ethiopia as a case study of the need for and benefits of population control in Africa. It claims that the government there “is behind the drive for family planning, but welcomes help from Western donors and charities.” Among these donors and charities, the only ones mentioned are, predictably, Marie Stopes and the Gates Foundation – leading members of an international coalition that wants to get tens of millions more women taking culturally objectionable and dangerous contraceptives.

Given the history of independent Africa, its relationship with the West and the reputations of these organisations, “welcomes” is too benign a word to use in a case like this. Marie Stopes and its ilk are hardly the kind of organizations whose services are likely to be welcomed by any sane African government.

Certainly, Africa has many challenges. The more evident ones are inequality and inadequate physical and financial infrastructure. But its growing population does not belong on the list. If anything, it has actually been proved to be one of the solutions to the continent’s problems. The McKinsey & Company report referred to earlier goes on to attribute three-quarters Africa’s increase in GDP per capita over the last 20 years to the expansion of its labour force and the rest to labour productivity.

In the end, trying to stem population growth is not only a waste of money and time but also a source of new problems. Apart from the many dangers of having a population that cannot replace itself – a threat which now hangs portentously over the developed world ‑ the use of contraceptives has countless moral, cultural, health, and economic costs that many don’t take into account when calculating the claimed benefits of the practice.

It makes more sense for African countries to prepare for the arrival of its baby boom than to spend its resources attempting to keep them from being born ‑ a selfish and un-African solution. History is replete with the costly effects that solutions of this kind – imposed by the West – have already wrought on the continent.

The answer lies in a reality McKinsey & Company, the AfDB and many other bodies have been bold enough to admit. What Africa actually needs, among other things, is heavy investment in quality education. Not fewer people.

Instead of becoming fixated on the future number of Africans, we need to create a future of educated Africans; this makes the whole picture much more beautiful than what the pessimists would have us envision. While they don’t form the topic of this article, the trends in this direction are already quite promising.

In the wake of the huge controversy last year about the use of fetal tissue obtained from Planned Parenthood abortion clinics, the US Congress held hearings last week about “Bioethics and Fetal Tissue”. Today we have published some excerpts from the testimony of G. Kevin Donovan, Director of the Pellegrino Center for Clinical Bioethics and Professor in the Department of Pediatrics at Georgetown University School of Medicine in Washington DC.

It is excellent: there is absolutely no fudging about the central issue -- the moral status of a living human being who differs only in maturity from those who would end its life and take its tissues and organs for research. Says Dr Donovan:
We are at a difficult time in our nation’s history. We demonstrate much moral ambiguity in our approach to the human fetus. We have decided that we can legally abort the same fetus that might otherwise be a candidate for fetal surgery, even using the same indications as justification for acts that are diametrically opposed.
We call it the fetus if it is to be aborted and its tissues and organs transferred to a scientific lab. We call it a baby, even at the same stage of gestation, when someone plans to keep it and bring it into their home.
Highly recommended.