Telescope: A lack of entertainment | The Indian Express

Telescope: A lack of entertainment | The Indian Express

Telescope: A lack of entertainment

TV is falling behind the streaming services. 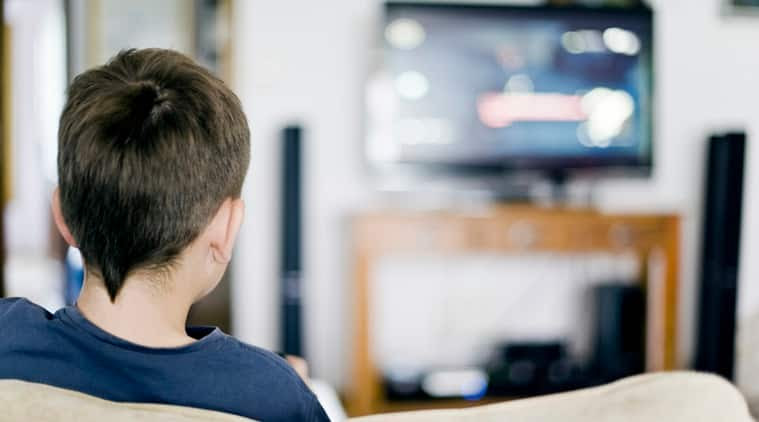 There are times when you are tempted to watch the news for entertainment.
He is one of the biggest, if not the biggest, advertisers of TV news, Hindi and English. He owns a TV channel. He has been a mentor-judge on a reality show. And now, he is the subject of a TV show devoted to his life. No one else is spread across the length and breadth of the television universe the way he is.
Who is he? Who else but Baba Ramdev.
This week, Swami Ramdev: Ek Sangharsh led Discovery Jeet into the entertainment firmament. It’s the newest Hindi general entertainment channel on air and has chosen Ramdev as a mascot to escort it across the popularity line, ahead of other channels. Can it achieve its goal? Well, anything is possible when you have a rousing tag line like, “Hai Mumkin”. And that appears to be the credo: To tell stories of people who face and clear the hurdles in their way to succeed against the odds.
Alongside Baba Ramdev on the obstacle race of life is an aspiring hip hop singer (Gabru), a scooter rickshaw driver father who does everything for his adopted daughter (Mere Papa Hero Hiralal) and the 36th Sikh Regiment of the British forces in India, circa 1897 (21 Sarfarosh Saragarhi).
Undoubtedly, Ramdev leads the charge. The biopic begins, well, from the beginning, in the Haryana village of his birth. At this stage of his career, his fate is decided by the all-powerful high-caste head (priest?) of the village who ensures that his parents are ostracised and compelled to flee their home. The former tramples (almost literally) on the latter with the full weight of the caste divide in his favour. Although set in Haryana, this caste-outcaste narrative is relevant to the entire country — the first few episodes make for compelling TV as a tale of the powerful and the powerless.
Too early to say much more, except why is it that we must impose loud music on word and action?
21 Sarfarosh Saragarhi 1897 is too musical for words. So much so that often we couldn’t hear the dialogue in the opening episode. Add this to the strange accents of the English (?) soldiers, our hero Ishar Singh shouting to be heard and you have a very difficult time hearing anything and comprehending even less. Foreign characters in Hindi serials (think Porus, Sony) often sound like they have a potato obstructing their vocal passages: There’s a sort of soft strangulated sound that emanates from their mouths like Indians trying to speak Hindi like foreigners.
Which is a pity because you want to watch 21 Sarfarosh, based on the actual battle between 21 valiant Sikh soldiers led by Havildar Ishar Singh (Mohit Raina) and thousands of marauding Pashtuns marshaled by Gul Badshah (Mukul Dev). The action alternates between the two camps to establish the ensuing conflict. Historical dramas shot on location are a welcome relief from the stifling interiors of soap opera mansions. Hope this one doesn’t become history re-imagined as myth
Part of the myth-making is that in the historicals or the epics, the evil invaders are mostly unkempt, bestial with long uncombed hair, crude habits, sweating profusely for example — Gul Badshah and his band of men fit the stereotype at the moment, but he is compelling nevertheless.
Gabru is all about hip hop country Punjab where three youngsters collaborate and contest to be the best hip hopster in town.
Jeet has other shows on offer including the horror-crime show Anjaan and Comedy High School starring funny man Ram Kapoor.
Can it succeed? Well, at a time when most Hindi entertainment is stuck in a soap formula, a new approach to entertainment is worth watching out for. Alas, what happens all too often is that new shows are forced into old bottles in order to appeal to viewers who don’t seem to have much of a taste for novelty. Sam Dam Dhand Bhed (Star Bharat) began as a promising story about local politics, between a David and Goliath, but it has quickly descended into a twisted love triangle tale — a pity.
Meanwhile, the English entertainment channels are not offering serious competition to the likes of Netflix, Amazon Prime and Hotstar, although there is a new season of Homeland (Star Premiere). It’s into its seventh year and Claire is looking more tired than usual— this time she has a female American President to contend with too.
Amongst the rest, you have Masterchef US which has just ended — not nearly as good as Masterchef Australia (Star World) — Survivor (AXN), Chance (Star World Premiere), American Ninja Warrior (AXN) America’s Got Talent (Colors Infinity) and a dose of Hannah Montana (Disney International) whenever you fancy Miley Cyrus.
There are times when you are tempted to watch the news for entertainment.
shailaja.bajpai@expressindia.com
For all the latest Opinion News, download Indian Express App
Publicado por salud equitativa en 3:28