BJP thought it had a huge rhetorical advantage on corruption but after Nirav Modi, it looks like this issue will be a draw The UPA was accused of direct looting of state assets, with many ministers running individual fiefdoms. In this case, the charge is more weakness, incompetence and inability to eradicate scams. It will take more to translate this into an allegation of corruption. The charges of looting by government have yet to stick. In the case of the UPA, the political charge was more potent because it was, at least at that time, made by new actors on the scene — an anti-corruption movement, an institution like the CAG, both of which at that time were not associated with political baggage. The anti-corruption movement has fizzled out and the AAP is now too caught up in its own complications to be a credible new face of anti-corruption. The former CAG, Vinod Rai, by so closely working with the BJP government, has retrospectively damaged the credibility of independent institutions. The Opposition still has too many skeletons in its cupboards. The bearers of the charges of corruption no longer carry much moral imprimatur themselves.
Prime Minister Modi so far has managed to insulate himself from being drawn in as a target. Demonetisation did little to dent corruption. But for a while, it signalled a willingness to act with bold intent. So far, the government has also been able to live off the fact that they inherited a deeply corrupt and scam-ridden system. But four years in power makes blaming previous governments a strategy with diminishing marginal returns. The government had managed to create a buzz that at a transactional level, ministerial corruption is down. This does not necessarily mean that this government is any less plutocratic. All it means is that the plutocracy and corruption are managed more centrally and tightly, so that a large number of actors cannot create the kind of free-for-all that was associated with the UPA. It also means that corruption has probably become more insidious, and uses different instruments. But the perception that transactional corruption is down has, to a certain degree, protected the Prime Minister. The BJP is still banking on this.
The UPA could not, when faced with charges of corruption, exercise control over a range of institutions from the media to courts. Courts, civil society mobilisations, media interventions, all could work in unison to delegitimise government. This government has consistently been able to control and deflect all these institutions to make any discussion of corruption in government nearly impossible. The courts, which on mere suspicion, would order investigations, now seem to have discovered a higher standard of proof for taking on those in power; much of the media is practically unable to run or follow through on corruption investigations. The media that could run campaigns on innuendo, now cannot even report facts. Civil society is too fragmented and still weathering the blows of its past failures to provide a focal point. Indeed, India should worry that its plutocracy now runs deeper: It is no longer just about making money, but ensuring that all independent institutions are subject to so much control that the issue of corruption and plutocracy cannot even be openly discussed. But in political terms, this control did manage to keep corruption off the political agenda.
It is in this context that the PNB scam has cracked open a door. It has exploded the idea that somehow India had qualitatively changed since 2014 on governance parameters. The government has used corruption as an argument to create the elements of a vast surveillance state. But the core institutions required to combat corruption — the CBI, CVC, prosecutors’ office, regulatory agencies and the judiciary — remain hit and miss affairs, to put it politely. The mechanisms of electoral financing being put in place through electoral bonds reduce, rather than increase, transparency. What the PNB scam underscores is that combating scams and corruption requires the slow boring of hard boards across of a range of institutions, not dramatic gestures that are more about seeing to be doing things than actually achieving the objective.
There are two likely outcomes from this scam. Institutional responses to crises are always to tighten controls, increase verification, and generally increase transaction costs, rather than being smart. The second is that having let the rich off the hook the government will be even more pressured to be populist. The perceptions that a government is veering back to plutocracy inevitably breeds more government control and populism. The chances of both increasing are greater.
In the short run, there will be institutionally a lot of pressure on government to strengthen its anti-corruption credentials. But the problem is that even after four years it does not have too many instruments to do so. It cannot now easily pull off another stunt like demonetisation without invoking incredulity. Its other option would be to secure high-profile prosecutions as a statement of its intent; find someone who can satiate the public appetite by signalling that the guilty are indeed being punished. But this is easier said than done in our system where so many of the background systems are broken.
So, politically, what this means is this: The BJP thought it had a huge rhetorical advantage on corruption but it now increasingly looks like this issue will be a draw. The draw will be a kind of victory for the Congress because it takes away the BJP’s trump card, even if it does not lead to an anti-BJP crescendo. But a political draw on the corruption issue will mean the issue will get taken off the institutional agenda. There will be no pressure point for the regeneration of institutions, even as the eternal political pantomime on corruption gets played out.
The author is vice-chancellor, Ashoka University. Views are personal
For all the latest Opinion News, download Indian Express App
Get assembly election result LIVE updates from each constituency in Tripura, Nagaland and Meghalaya
More From Pratap Bhanu Mehta 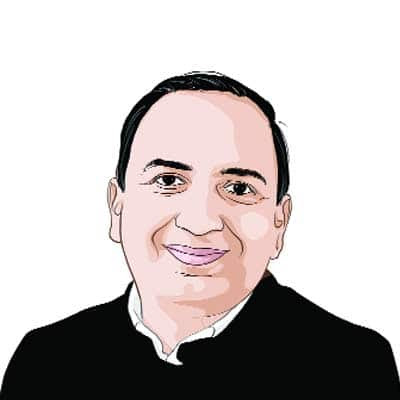