“No Time to Waste” in Ending FGM | Inter Press Service

“No Time to Waste” in Ending FGM | Inter Press Service

By Will Higginbotham and Tharanga YakupitiyageReprint |      | 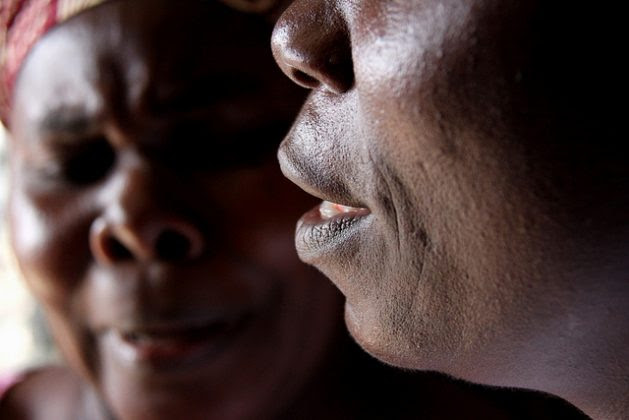 FGM is a taboo and complicated topic in Liberia and it is dangerous for women to speak out about it. Credit: Travis Lupick / IPS
UNITED NATIONS, Feb 7 2018 (IPS) - More than 200 million women around the world have experienced some kind of female genital mutilation (FGM) and more could be at risk, a UN agency said.
Though the practice has declined in prevalence globally, alarming new figures from the United Nations Population Fund (UNFPA) predict that any progress could be off-set as a further 68 million girls face the risk of FGM by 2030.
The statistics from the UN were unveiled today as the world marks the 15th International Day of Zero Tolerance for Female Genital Mutilation (FGM).
“The new figures mean that this practice is threatening the life and wellbeing of more girls and women than initially estimated,” the Coordinator of the UNFPA-UNICEF Joint Program on FGM, Nafissatou Diop, told IPS.
“You and I and everybody and the girl next door can be affected,” she continued.
FGM – sometimes called female circumcision or being ‘cut’ — is often practiced for religious, personal, cultural, and coming of age purposes. According to the UN, most cases are inflicted upon girls from infancy to the age of 15.
The increase in ‘at risk of FGM’ cases is partly due to population growth in countries where FGM is common – namely in parts of northern and western Africa, the Middle East and pockets of Asia.
In Egypt alone, more than 90 parent of women have undergone the practice.
Both UNICEF and UNFPA denounce FGM, calling it a “violation of human rights’ and a “cruel practice” that inflicts emotional harm and preys on the most vulnerable in society.
“It is unconscionable that 68 million girls should be added to the 200 million women and girls in the world today who have already endured female genital mutilation,” they said.
Life-Changing Harm
FGM can cause lifelong trauma, including urinary and vaginal problems, increased risk of childbirth complications, and psychological issues such as depression, anxiety, post-traumatic stress disorder, and low self-esteem.
Liesl Gerntholtz, Executive Director of the Women’s Right Division at Human Rights Watch, told IPS that the predicted 68 million FGM cases was “unacceptable”.
“It’s a fundamental human rights violation that can ruin girls’ lives,” she said. “So often these girls don’t have a say – at infancy and childhood, how can you?
“There is no health benefit to women being cut, so you tend to see it in those societies that don’t have high levels of gender equality…This practice is rooted in gender inequality,” she added.
FGM = Gender Inequality
Gerntholtz highlighted that in order to tackle the practice, the international community needs to look at not just the specific act of FGM, but at the broader issue of entrenched gender inequality.
“As an international community, we can fight FGM not only by supporting FGM-specific initiatives, but also by looking holistically at the gender inequality in these regions, so investing in programs that support girl’s rights, girls’ education, community education on these things – that’s also key.”
UNFPA’s Executive Director Natalia Kanem echoed similar sentiments, saying that the world already knows what it needs to do to overcome FGM.
“We know what works, targeted investments that changing social norms, practices and lives,” Kanem said
“Where social norms are confronted villages by village…when there is access to health, education and legal services…where girls and women are protected and empowered to make their voices heard.”
Change has particularly come from the community level.
Fourteen-year-old Latifatou Compaoré became an advocate for ending the practice after learning of her mother’s experience with FGM.
“She told me that one of the girls who had been cut the same day as her had experienced serious problems and died following a haemorrhage that no one had taken care of,” Compaoré told UNFPA.
“When she became a mom, she made the commitment that if she had girls, she would never cut them. And she kept her word,” she continued.
In countries where UNICEF and UNFPA work, some 18,000 communities have publicly disavowed the practice and many African countries have moved to implement legislation outlawing it.
For instance, in 2016 after Kenya banned FGM, FGM rates fell from 32 percent to 21 percent.
Accelerated Action Needed
But legislation and verbal commitments are not enough, according to UN Secretary-General António Guterres.
“Without concerted, accelerated action, we could see a further 68 million girls could be subjected to this harmful practice,” he cautioned.
Diop similarly called for more efforts in allocating financial and human resources.
The goal of curbing FGM is highlighted in the globally adopted Sustainable Development Goals (SDGs). Its inclusion was praised because it was seen as an acknowledgement of the far-reaching consequences that FGM has – consequences that go beyond the individual to include social and economic repercussions for entire communities.
“Sustainable development cannot be achieved without full respect for the human rights of women and girls,” Guterres said in a statement.
The Secretary-General called upon governments to enact and enforce laws that protect the rights of girls and women and prevent FGM.
He also announced a new UN global initiative called the Spotlight Initiative which aims to create strong partnerships to end all forms of violence against women and girls.
“With the dignity, health and well-being of millions of girls at stake, there is no time to waste,” he said. “Together, we can and must end this harmful practice.”
*Marked annually on 6 February, the International Day of Zero Tolerance for Female Genital Mutilation aims to strengthen momentum towards ending the practice which is globally recognized as a violation of the human rights of girls and women as well as perpetuates deep-rooted inequality between the sexes.