MercatorNet: Bulgaria: off the edge of the precipice

MercatorNet: Bulgaria: off the edge of the precipice

Bulgaria: off the edge of the precipice

An update from South-Eastern Europe 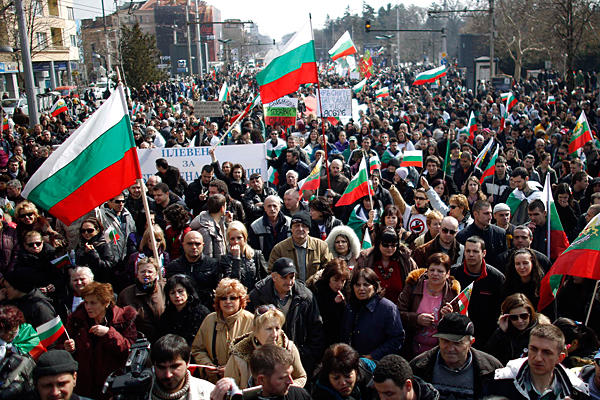 A few years ago I announced in a blogpost that “we can add Bulgaria to the list of countries that are teetering on the edge of a demographic precipice”. This was due to its ageing and declining population. Now I can provide you with an update which tends to confirm my earlier assessment. This update comes from the Demographic and Social Statistics of the National Statistical Institute (NSI) of Bulgaria.
At the end of the 2015 Bulgaria was a country of 7 153 785 people (1.4% of the EU’s population). This population is declining however. In 2014 the population had fallen by 0.4% while in 2015 the population dropped by a further 0.7% (this represents a fall of just below 50,000 people). This is due to natural decrease and not emigration – more people are dying in Bulgaria than are being born.
Furthermore, this declining population is also getting older. Those aged over 65 years old now represents over 20% of the population, while those aged under-15 made up only 14% of the Bulgarian people (although this latter proportion did rise slightly in 2015). This has dragged the average age of Bulgaria up from 40.4 years old in 2011 to 43.3 years in 2015.
This picture is not likely to get better anytime soon. According to the NSI, as reported by Wikipedia, this population decline will continue for the next 50 years at least. By 2060, it is predicted that the population of Bulgaria will have dropped another 2 million people, to just over 5 million people. In the mid-1980s, it was just shy of 9 million. What stresses will this place on the economy? What impact will this have on the geopolitics of Eastern Europe? Will we even notice the decline of Bulgaria in amongst the decline of the rest of the European continent?
- See more at: http://www.mercatornet.com/demography/view/bulgaria-off-the-edge-of-the-precipice/17921#sthash.qQT2xLUK.dpuf

Last week we invited readers to nominate their favourite books about heroes and heroines of conscience, using a Google form that makes it simple to do. From the responses we have chosen ten, which we have published today. Thanks to those who contributed. If your choice didn't make the cut it will have given us ideas for future lists. Send us your ideas anyway.
Sheila Liaugminas is dismayed at the mere lip-service being paid to the issue of genocide against Christians and other religious minorities in the Middle East. It seems that even in the refugee camps they are discriminated against, so many remain outside them, exisitng in great insecurity.
By contrast there are many individuals working generously to help their needy neighbours, as Pope Francis is urging us to do, and as you can see in the inspiring video, Work for free.