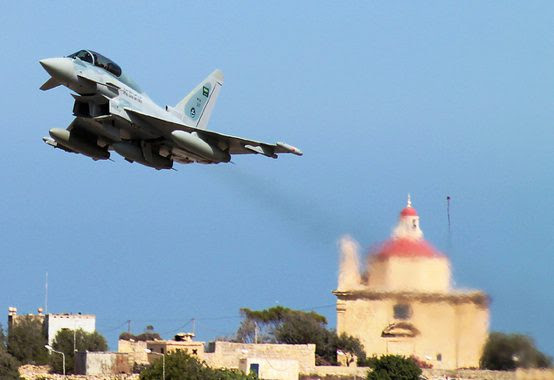 I like to think that I am fairly well-informed about global news and issues. Indeed, considering how horrible, depressing, uninspiring, and indeed erroneous many news reports are, I sometimes wonder why I bother continuing to read them. I could be reading something much more uplifting and feeding my mind with good things instead of reading the about the latest atrocity or celebrity “news” or reasons why Donald Trump is the great hope for the USA/a dangerous buffoon. Anyway, despite reading large quantities of this bumpf, I did not know much about one of the largest humanitarian disasters unfolding in the world right now: Yemen.
According to this report in the Guardian, the entire country is suffering the effects of the civil war waging between Aden-based government forces trying to restore the deposed president Abd Rabbuh Mansur Hadi and Houthi Shia militias which control the capital Sana'a and much of central and northern Yemen. (I didn't even know the capital Sana'a...) Fuelling this civil war is larger regional tension which sees the two sides being helped by the big boys of the neighbourhood: Saudi Arabia which is supporting the government, and Iran which is supporting the militias.
For a year Saudi Arabia has been directly militarily involved in Yemen (Iran seems to be only giving military aid to the rebels at this stage) and the human cost is very high.
“The military intervention that began one year ago has killed an estimated 6,400 people, half of them civilians, injured 30,000 more and displaced 2.5 million, according to the UN. Eighty per cent of the population, about 20 million people, are now in need of some form of aid.”
Meanwhile, as the Saudi campaign against the Houthi rebels has been going on, the USA has been launching its own drone strikes against al-Qaida groups based in the south of the country.
Thanks to the destruction of farms and markets, a blockade on commercial imports, a long-running fuel crisis, and a growing bank and credit breakdown, there has been a significant drop in agricultural production. Scarce supplies have pushed food prices to exorbitant levels according to Oxfam, leading their country director, Sajjad Mohamed Sajid, to declare that this is “one of the biggest humanitarian emergencies in the world today”. Close to 14.5 million people are currently growing hungry and prices are only going to get worse. (NB it should be noted that Yemen was one of the world's poorest countries even before the fighting escalated last year.)
However, there is a ray of hope in this bleak situation – the Saudis have agreed to re-enter UN-mediated peace talks in Kuwait following a ceasefire which began on 10 April (as I write this there are already conflicting claims of it being broken...) This could be a sign that the Saudis are afraid that their intervention has not helped matters and that a military solution is not in sight. The Houthis are not defeated and Iran has been making noises that they will become directly involved in the conflict. Let us hope that the ceasefire holds and that the peace talks are successful so that the people of Yemen can return to a state of peace.
In the world there are many conflicts going on that we do not hear about. There are many people who are suffering and dying each minute in violence and warfare. Although peace may seem the norm for those of us in the west, we must always remember how lucky we are to have it and how uncommon peace is throughout human history. It is also a reminder that it is not the default position that will remain with us forever without effort on our part. I often fear that my children will look back on our generation and my parents' generation as particularly lucky for having lived in a hiatus in world affairs: a span of peace 80-odd years long that we didn't appreciate (or fight to maintain) until it was too late.
- See more at: http://www.mercatornet.com/demography/view/another-forgotten-humanitarian-crisis/17888#sthash.cVldDQr2.dpuf

You can't plan things like this on MercatorNet: I just realised that nearly all of today's articles centre on the theme of courageous witness to conscience. Mathew Otineo writes about a doomed company of Kenyan soldiers who were overrun by al-Shebaab terrorists and how they remembered their families. Campbell Markham remembers Antigone, the heroine of one of the greatest dramas of Ancient Greece. Walt Heyer speaks up against a movement to ban "reparative therapy". And Jennifer Roback Morse takes a backward look at the sexual revolution. That's for starters...
They mesh nicely with our search for contributions to our list of books about "Heroes and heroines of conscience". Click here to do the survey: http://goo.gl/3um2fe