Good news and bad news about one of the greatest evils of the 21st century.

The Conversation is an international forum in which academics can popularise their work and is funded by academic institutions. Its articles can be reproduced under a Creative Commons license, and MercatorNet has done so quite often with articles living up to one or other of the qualities advertised in its tagline, “Academic rigour, journalistic flair”.

As for flair, one would have to credit her with a bit of that, too, for passing it off as a plea for social justice rather than the promotion of a degrading subculture that it is.

Against the odds, these gutsy individuals are making a bid to “take control of the reins” of production and distribution. So paltry is their income, however, that they may be forced to get a day job as well – just what you would expect in a decadent capitalist economy:

The University of California’s Heather Berg argues this is part of a larger trend under late capitalism: work/life is blurred, performers are encouraged to take on their professional identities 24/7, and workers are expected to perform for love, not for money.

And now for the good news.

We have two men to thank for this, a black American footballer-turned-actor and New Zealand athlete, both living in the US.

It is a couple of years since Terry Crews, the Muhammad Ali of men’s aftershave ads, went public about kicking his “addiction to pornography”, but last month he posted videos on Facebook confirming that he was still “clean”. 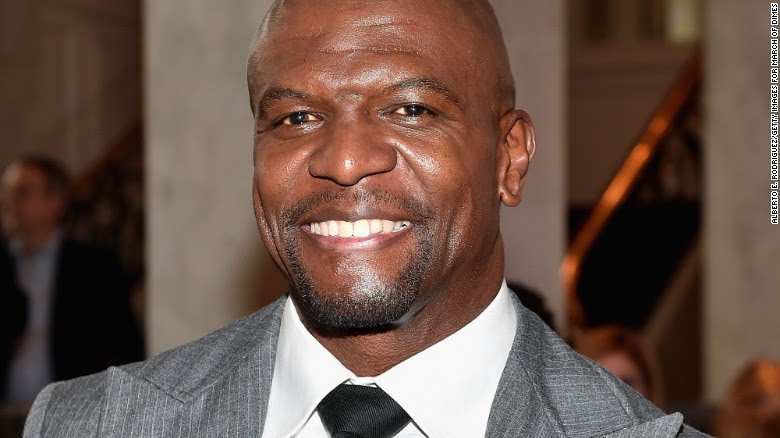 Terry Crews
Crews nearly wrecked his marriage and the happiness of his five children with the habit. He had hidden it for years and only mastered it by going to rehab – after an ultimatum from his wife, Rebecca King Crews. In the first video, viewed 3 million times in the first couple of weeks it was up, he says:

"Some people say, 'Hey, man ... you can't really be addicted to pornography.' But I'm gonna tell you something: If day turns into night and you are still watching, you probably have got a problem. And that was me."

"It changes the way you think about people. People become objects. People become body parts; they become things to be used rather than people to be loved."

In the videos he talks about how the internet allowed the habit to take hold and grow, and how “telling someone” breaks that power. He says to women (are you listening, Stardust?) who suspect something:

"Women, you need to be fearless. You need to confront your man about this problem. You cannot accept any pornography in your life."

"Every time I watched it, I was walled off. It was like another brick that came between me and my wife. And the truth is, everything you need for intimacy is in your (partner)." Nick Wills and his wife Sierra in 2008. Photo / PHOTOSPORT via NZ Herald
Like Crews, Wills credits his wife of eight years, Sierra, for his turnaround. Both couples are Christian and their faith seems to have increased the shame of admitting the habit, but also made it possible. Making their struggle public as well has provided an extra motive to change and – in terms of positive feedback from thousands of people – a huge amount of extra support.

Both talk about being “addicted” to pornography, a term that is now used widely in this context. Like other additions it remains a temptation; after being “porn-free” for two-and-a-half years, Wills still has to struggle with images that come back unbidden.

It began for him, he says, when he was a lonely teenager and "was exposed" to magazines and videos that it seemed to give him “some form of intimacy that I severely lacked." He came to see that it was not about intimacy at all, but an “unnatural” and “temporary Solution” that left him feeling “empty and lonelier than before”, and objectified and hurt women, especially his wife.

Below you will see the faces of two very different men, both good guys, religious, with important messages for society. One of them, American actor Terry Crews, has struggled with a very common problem afflicting men in particular and seems to be winning. It's hard to believe that he, and a New Zealand Olympian who has come out about the same problem, could be living in the same world as an Australian woman who is doing her PhD on women (including herself) who are producing pornography as a career. But it's true. As Rabbi Jonathan Sacks says, secularization has its limits; it's just hard to see where they lie at the moment.