Print | Send by email
Martin Khor is Executive Director of the South Centre, a think tank for developing countries, based in Geneva 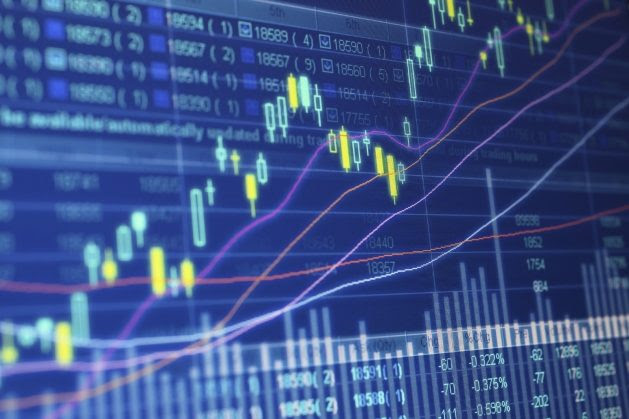 PENANG, Malaysia, Feb 12 2018 (IPS) - Was last week’s global stock market sell-off only a “correction” or does it signify a new period of financial instability, caused by major flaws in the world financial system?
The stock market turmoil has sparked concerns that the relatively good economic times in the past couple of years, at least in the developed countries, could be ending.
It is too early yet to understand what has just taken place or predict what comes next.  It is widely agreed that a “correction” has taken place in the US stock market.   But whether this is just a blip, or will progress to a crash, remains to be seen.
Some analysts say there is nothing to worry about as such corrections to over-valued markets are normal and soon there will be business as usual. Others are more pessimistic, with a few even predicting it is the start of the worst bear market ever.
The immediate trigger was the positive news on US jobs, prompting fears of wage increases and higher inflation that would pressurise the Federal Reserve to raise interest rates more rapidly.  Higher interest has a negative effect on stock markets as they give an incentive to investors to put their money in alternatives, especially bonds.
In good times, a lot of short-term speculative funds flow from the developed countries to the developing countries in search of higher yield. But in times of global uncertainty, or if interest rates rise in the US thus providing higher returns to investors, the funds can rapidly flow back, often causing significant damage or even devastation to the host developing economies.

But the larger reason for the sell-off is the jump in equity prices to record levels, caused by  speculative investments not backed by fundamentals, and fuelled by the easy money policy that the US government pursued in the hope of stimulating economic growth.  Some of the trillions of dollars pumped into the banking system by “quantitative easing” contributed to the stock market bubble.


Even though quantitative easing has ended and is being reversed, US stock prices continued to rise rapidly in January. It was a matter of time before a downturn occurred.
The stock market sell-off, if it continues, can have large repercussions on developing countries.
There is the domestic effect. Affected investors feeling they have less wealth will decrease their spending, affecting demand for goods and reducing GDP growth. Those that borrowed to speculate in the stock market may have debt-repayment problems.  Companies may see their market capitalisation and asset values reduced as the prices of their shares go down.  If the sell-off becomes more prolonged, banks start worrying about non-performing loans.
Then there is a complex of issues related to the interaction between developing economies with the global financial markets.  The stock-market turbulence could affect global investor confidence in emerging economies, which are seen as riskier than the US.
In good times, a lot of short-term speculative funds flow from the developed countries to the developing countries in search of higher yield.  But in times of global uncertainty, or if interest rates rise in the US thus providing higher returns to investors, the funds can rapidly flow back, often causing significant damage or even devastation to the host developing economies.
This boom-bust cycle of capital flows has been played out several times over the years. The boom in funds going to developing countries in the 1970s ended in 1982 with the Latin American debt crisis.  The boom in the early 1990s ended in crises in East Asia, Brazil, Russia and Argentina.
The boom in the early 2000s temporarily stopped with the global crisis in 2008-9 but resumed and has continued to now, with some sharp outflows in 2016 and early 2017 and a return of inflows since then.
It remains to be seen what effect the current stock market turmoil will have on capital flows.
A quite balanced view was given by Tokyo-based Mitsubishi UFJ Kokusai Asset Management, which oversees US$119 bil in assets.  “We’re not going to see the type of euphoria we saw in emerging markets anymore,” said its chief fund manager Hideo Shimomura in an interview with Bloomberg agency. “We’re in a phase where investors are being given a reality check after a great run.  That’s not to say inflows to emerging markets will reverse completely.”
In recent years the developing economies have become more open to external capital flows.  This has resulted in new vulnerabilities and heightened their exposure to external financial shocks, according to several papers published by the South Centre and written by its chief economist Yilmaz Akyuz.
There has been a massive build-up of debt by their non-financial corporations since the 2008 crisis, reaching $25 trillion or 95 per cent of their GDP.  The dollar-denominated debt securities issued by emerging economies increased from some $500 billion in 2008 to $1.25 trillion in 2016, according to the Bank of International Settlements.
Moreover, the foreign presence in local financial markets has reached unprecedented levels, increasing their susceptibility to global financial boom-bust cycles. Foreigners now own a much larger share of government bonds and of the equities in the stock market of many developing economies.  For example, in Malaysia, foreigners own about a quarter to a third of the value of government bonds and about a quarter the value of equities in the Kuala Lumpur stock exchange.
Should there be net capital outflows from developing economies, their currencies may depreciate.  When this happens, or when there is anticipation of this, the capital outflows may increase, in a vicious cycle. The depreciation will also make it more costly to service debt, and add to inflationary pressures.
While their vulnerabilities have grown, the countries have less resilience or capacity to prevent or counter a crisis if it happens, due to two reasons, according to the South Centre.
First, many of the countries have seen a significant deterioration in their current account balances and net foreign asset positions since the 2008-9 crisis. In most countries international reserves built up in recent years came from capital inflows rather than current account surpluses. The reserves could decrease significantly if foreigners decide to take their funds back, and they could be  inadequate to meet large and sustained outflows of capital.
Second, the developing countries have limited economic policy options in responding to deflationary and destabilizing impulses from abroad.
Their fiscal space for countercyclical policy response to deflationary shocks is much more limited today than in 2009. There is also a significant loss of monetary policy autonomy and loss of control over interest rates as a result of their deepened global financial integration. Flexible exchange rate regimes adopted in many emerging economies since the last bouts of crises are no panacea in the face of severe and sustained financial shocks, particularly in view of currency risks assumed by their corporations.
“Most developing economies have not only lost their growth momentum but find themselves in a tenuous position with an uncanny similarity to the 1970s and 1980s when the combined booms in capital flows and commodity prices that had started in the second half of the 1970s ended with a debt crisis as a result of a sharp turnaround in the US monetary policy, costing them a decade in development,”  says a South Centre paper by Akyuz.
“It would now be difficult for some of them to avoid international liquidity crises and even debt crises and significant loss of growth in the event of severe financial and trade shocks.”
In light of the South Centre analysis, the stock market turbulence could only be the tip of an iceberg of financial instability and vulnerability, with the developing countries in danger of being trapped in the grip of the flawed global system.
Ironically, this instability increased in recent years due to efforts by the developed countries to counter the effects of the 2008-9 crisis through easy money policies that fuelled more debt and bigger financial bubbles.  These initiatives may have the unintended consequence of building up a new and perhaps bigger crisis.