Me too | The Indian Express

Me too | The Indian Express

The conversation on sexism and sexual harassment must expand and include. To survive and thrive, the #MeToo movement has to be open to embracing the issues of the older feminists and the younger ones.
Early last year, I made the conscious decision to not point out instances of casual sexism on Facebook, as well as in conversations. I had to do this to preserve my sanity, not lose friends and to not be stereotyped as the “ladaaki ladki”. Most importantly, however, I had never won a battle online, I was tired of passive-aggressive responses, and losing.
So, I would scroll past memes, GIFs and status updates that would mildly hurt me but not entirely haunt me. There were layers of sexism, and I was aware of them. Every time I would want to type out a sharp response, I would remember some unsolicited advice: Learn to take a joke. And so, I learnt to replace “horrid dating culture” with “just a bad date” and learnt how to ignore casual sexism, mansplaining, manspreading and whatnot.
And then one fine day, I woke up to a different reality. The #MeToo movement was splashed all across social media. Although it was a reaction to allegations of sexual misconduct against Hollywood mogul Harvey Weinstein, #MeToo didn’t stop just there. From middle-aged aunts, pesky cousins and school friends to that girl in college you didn’t like, colleagues, professors, and acquaintances — everyone had a story of sexual assault or harassment, and they were openly talking about it. So did I.
Borders had shrunk, the solidarity circle was bigger and tighter, the rules were going to change. The new wave of feminism was here and I was a part of it. It was a movement that began in another part of the world but we all could claim it as our own. We had to sustain it, build it, stretch it, and constantly breathe life into it.
The internet had reclaimed its prime place in my life, and for more on this, turn to page 261 of Roxane Gay’s Bad Feminist — the chapter is titled “When Twitter Does What Journalism Cannot”. Well, as #MeToo went around knocking men from their pedestals, another debate began: This time among the women themselves. In India, there were “lists” of allegedly known sexual predators; harrowing accounts of rampant sexism at a popular bar in Pune; allegations of sexual misconduct by an Instagram celebrity; and another list of men who cross the line, with screenshots as proof.
I am guilty of not taking a strong stand. The naming and shaming, as evident, has led to a loss of social media following (currency, frankly), cancelled events, even getting fired. But what about taking legal recourse or what if someone truly doesn’t belong to the list? People who opposed the “lists” also opposed its inclusion in the #MeToo movement. I was left questioning the limits to which #MeToo could be stretched.
In the midst of all this, the Aziz “woke bae” Ansari scandal broke out, and further cracks developed in the #MeToo movement. A large group of women — let’s call them the older feminists — “scolded” the young woman who went on that date with Ansari. They blasted her on TV for not leaving his apartment, for “a feeble No”, for trying to gain attention. They accused her of taking advantage of the #MeToo movement, and told her (and in turn, me) that there is no space for “bad dating culture” conversations in #MeToo.
To my absolute horror, some women also supported the men who said “if a woman doesn’t say it, how can we tell she’s uncomfortable?” The answer lies in two words — body language.
They also told the younger woman (and in turn, me) that we disrespected their fight, their struggle, their wave of feminism. We owe them for the freedoms we enjoy today — the right to vote, the freedom to work, to choose a partner, to study, to voice our dissent. We are grateful to them for fighting to get out of their homes, for fighting for future generations, for articulating the basics of feminism for us. We are, however, angry with them for belittling our causes, for denouncing our lists, for “scolding” us and telling us it was just a bad date after all.
Well, I was furious, and so was another large group of women — let’s call them the younger feminists. The workings of a movement I had nurtured in my own small way were suddenly being dictated by someone else. #MeToo is not an institution, there are no rules and outlines. I saw it as a movement that could encapsulate countless conversations, issues, stories, women. But here it was, suddenly alienating me.
I can’t say if men see it but there are layers of sexism. A casual sexist remark by a colleague or a joke about “female drivers” is different from the commentary on what women wore or drank if and when they get sexually harassed, which is different from a man “jokingly” forcing you to perform a sexual act after a date, which cannot be compared to years of sexual assault by Weinstein. Is one layer less worthy than the other of being a part of a movement that took the world by storm?
To survive and thrive, the #MeToo movement has to be open to embracing the issues of the older feminists and the younger ones, the ones in India and the ones in the US, the ones who talk openly and the ones who only let their shoulder be photographed for Time magazine.
It has to be a verb, not a noun.
somya.lakhani@expressindia.com
For all the latest Opinion News, download Indian Express App
More From Somya Lakhani 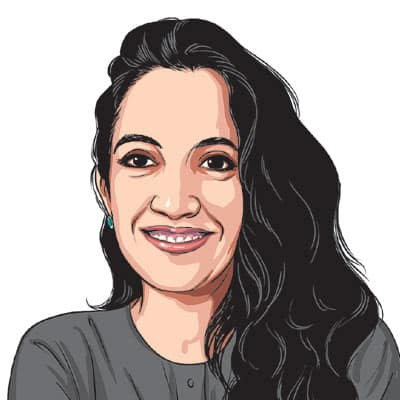