Israeli minister “honoured” to be barred from Poland over Holocaust bill

"The blood of Polish Jews cries from the ground, and no law will silence it," Bennett later said in a statement. "The government of Poland cancelled my visit, because I mentioned the crimes of its people. I am honoured." 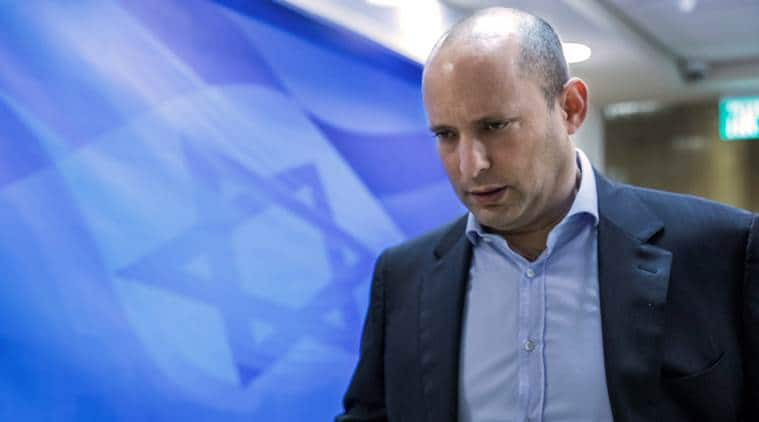 Israeli Education Minister Naftali Bennett (Reuters/file)
Israel’s education minister said on Monday he was “honoured” Poland had cancelled his visit to Warsaw this week because he refused to back off of condemnation of a bill that would outlaw suggesting Poland was complicit in the Holocaust.
Earlier on Monday, Naftali Bennett said he would travel to Poland to discuss the bill, which Israeli officials have said amounts to Holocaust denial. However Poland’s government spokeswoman said there would be no such visit. “The blood of Polish Jews cries from the ground, and no law will silence it,” Bennett later said in a statement. “The government of Poland cancelled my visit, because I mentioned the crimes of its people. I am honoured.”
After Bennett’s statement, the government spokeswoman said the Polish side is “convinced” that soon the two sides will agree on a date to meet. “We will certainly talk about our common history soon,” Joanna Kopcinska, the spokeswoman, said in a statement sent to Reuters.
Israel has denounced the Polish Holocaust bill, which passed in parliament last week and is awaiting a decision by President Andrzej Duda over whether to sign it. The Polish measure would impose prison sentences of up to three years for mentioning the term “Polish death camps” and for suggesting “publicly and against the facts” that the Polish nation or state was complicit in Nazi Germany’s crimes.
Poland’s rightwing nationalist government says the bill is necessary to protect the reputation of Poles as victims of Nazi aggression. Israel says the law would ban true statements about the role that some Poles played in Nazi crimes.The bill has drawn criticism from the United States and condemnation from a number of international organisations as well as Polish minority groups.
Poland, which had Europe’s biggest Jewish population when it was invaded by both Nazi Germany and the Soviet Union at the start of World War Two, became ground zero for the “final solution”, Hitler’s plan to exterminate the Jews of Europe.
More than three million of Poland’s 3.2 million Jews were murdered by the Nazis, accounting for about half of the Jews killed in the Holocaust. Jews from across the continent were sent to be killed at death camps built and operated by Germans in Poland, including Auschwitz, Treblinka, Belzec and Sobibor.
According to figures from the U.S. Holocaust Memorial Museum, the Nazis also killed at least 1.9 million non-Jewish Polish civilians. “The death camps in Poland were built and operated by the Germans, and we cannot allow them to evade responsibility for these actions,” Bennett said.
“However, many Polish people, all over the country, chased, informed or actively took part in the murder of over 200,000 Jews during, and after, the Holocaust. Only a few thousand people, Righteous Among the Nations, risked themselves to save Jews.”
Kopcinska said that Poland would like to talk about “the huge involvement of the Polish nation in saving Jews during the war, because under the conditions of German occupation, people of Jewish origin could hardly be saved without the help of Poles,” But she said Poland is also ready to talk about “the painful cases when people behaved despicably” and turned their neighbours in to Germans. “(The bill) does not limit such discussions, but aims to fight against false accusations against Poland for its complicity in the Holocaust.
For all the latest World News, download Indian Express App
Publicado por salud equitativa en 3:09