The PNB branch in Fort Mumbai from where Rs 11.300 crore fraud has been spotted. (Express photo by Ganesh Shirsekar)
The breathtaking scale of the Punjab National Bank (PNB) fraud, allegedly involving Nirav Modi and his associates, has shaken the public confidence in national banks. It is astonishing that the fraud was perpetuated over so many years, especially in the age of public accountability, preventive vigilance and stringent know-your-customer (KYC) norms, both nationally and internationally. The pre-eminent question before every media outlet and some government agencies is the exact whereabouts of the suspected persons who had left India more than a month ago. However, some media reports have focussed on the raids by the Directorate of Enforcement on properties held by the accused in Mumbai, Surat and New Delhi which have led to the seizure of some assets. Practically speaking, this aspect of asset recovery is far more important currently than either finding or arresting Nirav Modi and the other accused.
From the First Information Report (FIR) filed by PNB, it is apparent that a substantial amount of money has been lent by Indian banks abroad. Relying, on the unauthorised letters of undertaking (LOU) provided by the PNB, Allahabad Bank and Axis Bank, based in Hong Kong, have lent money to Nirav Modi via his three firms “Diamond R Us”, “Solar Exports” and “Stellar Diamonds”. It seems the government agencies have, so far, followed a typical operating procedure in initiating the process to suspend the passports of the main accused and getting attachments orders of their assets in India, estimated to be around Rs 5,100 crore. But, according to recent reports, the alleged magnitude of the overall PNB fraud is claimed to be in the vicinity of Rs 22,000 crore, which is four times the value of what has been attached by authorities within India. Therefore, it is of paramount importance that the Government of India acts swiftly to freeze and recover all the overseas assets of the accused persons.
Nirav Modi has luxury branded jewellery stores across the world in diverse jurisdictions such as London, New York, Beijing, Macau, Singapore and Malaysia. In a case of this nature, it is imperative that Government of India and the PNB utilise every possible legal resources to immediately freeze these overseas assets, pending the outcome of the criminal investigation.
India must learn from the Vijay Mallya case that seeking extradition of a suspect under a criminal cooperation procedure between countries will not automatically lead to the recovery of monies lost by the public.
In any event, the Government of India has a woeful record of extraditing suspects from the UK. Recently, its request to extradite the UK-based bookie, Sanjeev Chawala, for match-fixing charges involving Hansie Cronje during the South Africa cricket tour to India in 2000, was refused by the jurisdictional court on the basis of poor state of prisons in India which would be contrary to his human rights. As such, India faces an uphill task in ensuring that Vijaya Mallya returns to India in the extradition proceedings. Therefore, the Government of India must focus its limited resources and legal acumen on freezing the proceeds of this crime, wherever they may be located, by devising a coordinated, multinational prosecution strategy to freeze Nirav Modi’s assets.
Many foreign jurisdictions have well developed legal mechanisms to assist victims of fraud by granting freezing injunctions known as “Mareva injunctions”. In London, the high court routinely grants freezing injunctions using its power to preserve and protect the assets derived from fraudulent transactions. Freezing Order is a well-known legal remedy which can be obtained quickly and without notice to the suspects.
Recently, the London High Court has become even more victim-friendly in making an order freezing assets of not only people known to have been involved in a fraud but also “persons unknown”. This means that the court’s order automatically extends to people who may have been involved in a fraud and freezes their assets. This is a landmark asset protection order, which will assist in cases such as the PNB fraud.
In a case of this nature, with the public confidence on national banks at stake, it is imperative that the PNB and Government of India start going after assets of the accused anywhere in the world. The Finance Bill 2018, which is yet to passed, contains amendments to the definition of “proceeds of crime” under the Prevention of Money Laundering Act 2002. This allows the recovery of assets located outside India. But the lessons learnt from previous failed extradition efforts must be taken into account and timely action is the need of the hour. Only a dedicated strategy to recover international stolen assets would ultimately deliver timely justice to the public purse in India.
Ganesan is Barrister-at-Law, London and Shunmugasundaram is spokerperson, DMK and advocate in Chennai
For all the latest Opinion News, download Indian Express App
More From Manuraj Shunmugasundaram 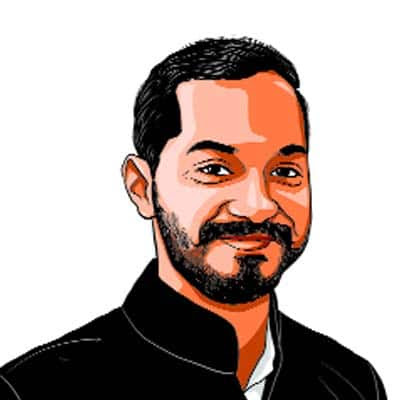