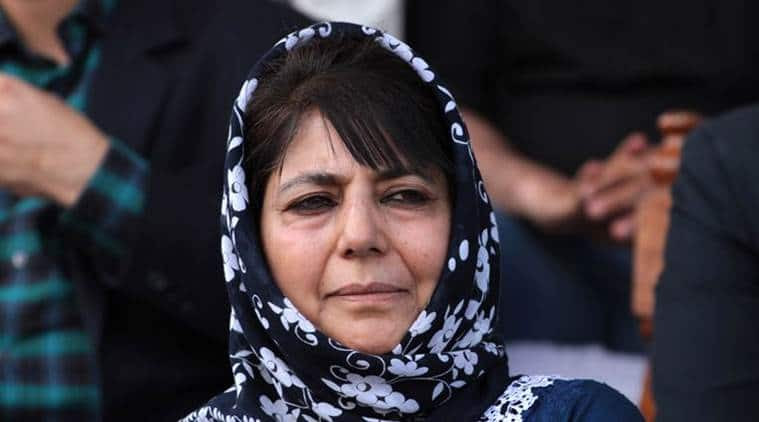 Jammu and Kashmir CM Mehbooba Mufti (File photo)
Jammu and Kashmir Chief Minister Mehbooba Mufti on Monday called for talks between India and Pakistan. Mufti’s appeal comes in the wake of the increasing border clashes along the Line of Control (LoC) as well as Saturday’s terrorist attack on Sunjuwan Military Station in Jammu in which five army men and a civilian were killed. Meanwhile, the CRPF foiled an attack in Srinagar’s Karannagar area on Monday morning.
Saying that war is not an option for the two countries, Mufti added that talks are necessary to end the bloodshed. Taking to Twitter, the CM said, “Dialogue with Pakistan is necessary if we are to end the bloodshed. I know I will be labelled anti-national by news anchors tonight but that doesn’t matter. The people of J&K are suffering. We have to talk because war is not an option.”
Speaking in the state assembly, later in the day, Mehbooba hit out at some media houses for labelling those favoring dialogues with Pakistan as “anti-nationals”. “Unfortunately, some media houses have created an atmosphere that if we talk of dialogue (with Pakistan) then we are labelled anti-national,” said Mufti.
“We fought and won all wars against Pakistan but even now today there is no solution other than dialogue, till when will our jawans and civilians keep dying. Wonder what some media houses would have called Atalji if he took bus to Lahore in today’s time&talked of dialogue,” she added, as reported by ANI.
The CM had appealed for the reconciliation of talks while addressing the attestation-cum-passing out parade of 911 police recruits at the subsidiary police training centre in Talwara in January. Reminding Pakistan about the promise its former president Pervez Musharraf had made to former prime minister Atal Bihari Vajpayee to maintain peace along the borders, the CM said, “We have to restart the reconciliation process with Pakistan and you (India) have a bigger role in the process in Jammu and Kashmir.”
“Our borders are witnessing, god forbid, a bloodbath. Our Prime Minister (Narendra Modi) often talks of development but at the same time, something opposite is happening in our state. Our schools are shut and children are trapped inside their homes,” Mufti said while adding that J-K should be ” a bridge of friendship between the two countries and not a battleground.”
Speaking about the ceasefire violations in the state, Mufti earlier this month had told the J-K Assembly that 834 ceasefire violations had taken place on the border in the last three years, killing 97 people and injuring 383 others.
For all the latest India News, download Indian Express App
© IE Online Media Services Pvt Ltd
Publicado por salud equitativa en 4:34