Strengthening Governments to Cope with PPPs 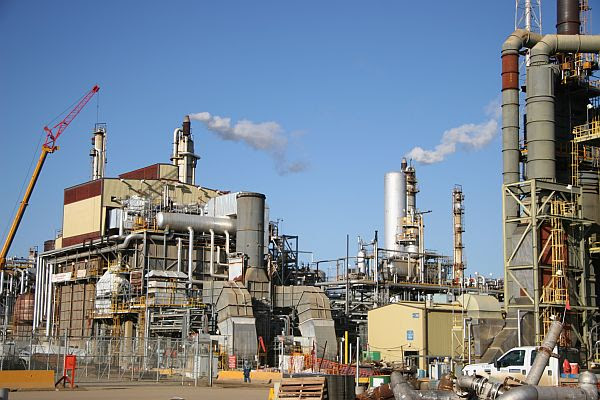 Through public-private partnerships (PPPs) corporations are increasingly using governments to advance their own interests. Credit: IPS
KUALA LUMPUR, Dec 5 2017 (IPS) - Public-private partnerships (PPPs) have emerged in recent years as the development ‘flavour of the decade’ in place of aspects of the old Washington Consensus. Instead of replacing the role of government or consigning it to the garbage bin of history, corporations are increasingly using governments to advance their own interests through PPPs.
On the one hand, in a contemporary variant of previously condemned ‘tied aid’, developed country governments have been persuaded to use their aid or overseas development assistance (ODA) budgets to promote their own national – read corporate – interests, e.g., by providing ‘blended finance’ on concessional terms to secure PPP contracts, or to otherwise advance the interests of such businesses.
On the other hand, aid-recipient governments have been encouraged to replace government procurement with PPP arrangements to undertake infrastructure and other projects despite the mixed records of PPPs, not least in developed countries themselves.
Improving PPPs
Hence, many developing countries have little choice but to deal with the active promotion of PPPs. Thus, to secure financing for needed infrastructure, they need strong institutional capacity to create, manage and evaluate PPPs.
When presented with PPP proposals, governments need to have the capacity to critically evaluate these proposals and to make counter proposals when needed. It is therefore important for government institutional capacity to be enhanced to create, manage and evaluate PPP proposals.
Governments should be empowered, and thus discouraged from presuming that they have no choice but to accept PPP proposals from the private sector. Most developing country governments cannot dodge the PPP bullet and need to be able to better deal with the challenge.
Strengthening institutional capacity
Strong institutional capacity to better cope with PPPs requires having a dedicated competent service loyal to the government and public priorities and concerns in order to do as needed.
Responsible and accountable developed and developing country governments must work together to ensure that they are all better able to cope with this growing trend of state-sponsorship of private corporate expansion, mainly by the North.
But most low-income and many-middle income developing countries do not have the capacity, let alone the capabilities needed to be able to effectively evaluate and respond to such proposals. Hence, most developing countries need international technical support for the necessary accelerated capacity-building.


Using private consultants to fill the gap in the interim before national capacities are sufficiently developed can be attractive in the short term, but it is often forgotten that most such consultants tend to be mainly oriented to serving ‘better paymasters’ from the private sector.
Hence, strengthening public sector capacities to cope with PPP proposals is both essebtial and urgent. This is not a major problem in some emerging market economies, which generally have more choice in such matters, but it is for many poorer developing countries.
Overseas development assistance (ODA) should, therefore, enable public sector capacity building, rather than give governments little choice. Instead of helping countries develop such capacities, much ODA often gives developing country governments little choice but to accept some PPP proposal touted as superior.

Collective action
As many governments may not be able to develop such a centralized capacity and mechanism with the capacity and ability to deal with very varied PPP proposals, one alternative is for them to work together to develop some kind of shared capacity.
But relying on organizations committed to PPPs, such as multilateral development banks (MDBs) or international financial institutions (IFIs), raises different problems. So far, they have largely failed to credibly provide such capacities and mechanisms.
They have also not enabled cooperation among developing countries to better cope with the PPP challenge, partly due to their current inclination to promote and enable PPPs as directed by their major shareholders.
Alternatives
Hence, there is an urgent need to consider and develop alternative arrangements. Government procurement, with sovereign debt, if necessary, has been found to be generally much cheaper, contrary to the misleading claims of PPP advocates.
Ensuring transparent competition among prospective PPP proposals would also help. Many PPP proposals have been approved and implemented without any real or meaningful transparency or competition despite a great deal of pious rhetoric by donor governments, IFIs and MDBs about the importance of and need for competition and transparency.
There are many contemporary examples that clearly suggest that the public interest would be well served by more transparent bidding. Also, it is important to make sure that PPPs are not abused, with the government or public sector, and ultimately, the public bearing the costs or taking the bulk of the risks, while rents or profits mainly accrue to the private partner.
Multilateral guidelines
Internationally agreed guidelines would also help. International guidelines for PPPs need to be developed multilaterally through an inclusive multi-stakeholder process, perhaps through the United Nations Financing for the Development process. Alternatively, UNCTAD in Geneva is well placed to work towards such guidelines which would go some way to leveling the playing field.
Such guidelines should endeavor to enhance developing countries’ bargaining and negotiating positions, e.g., by ensuring competition through open bidding. Such guidelines should also seek to avoid abuse of PPPs, including by ensuring that public money is not used to subsidize private risk and rents.
Responsible and accountable developed and developing country governments must work together to ensure that they are all better able to cope with this growing trend of state-sponsorship of private corporate expansion, mainly by the North.