South Sudan: a Nation Tormented by a Crisis 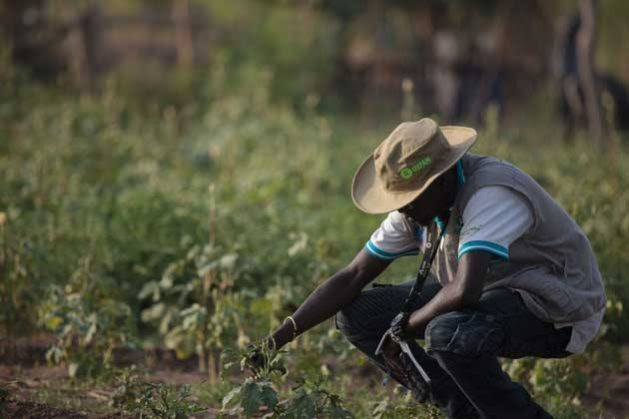 Oxfam in South Sudan
PANYIJAR COUNTY, South Sudan, Dec 14 2017 (IPS) - I come from Panyijar County, South Sudan, just south of where famine was declared in February this year and one of thousands of places badly hit by the conflict which enters its fifth year today. With each year the fighting continues, the hopes that I and my fellow South Sudanese had when voting for independence in 2011 are dimmed.
Home has become a place where our worst memories are made in recent times. Another year passes and I wonder if I should start to ignore it, to move on and avoid more hurt. But how can you forget home? This is my home. My South Sudan.
Let me tell you a bit about my home.
If I ask you to imagine what my old home looked like, most people would picture the bad bits. You might think of the fighting that has forced people to flee for their lives, of barren lands, and of the suffering that thousands of people are currently going through.
But for me, Panyijar was always somewhere completely different; a beautiful and natural place with some of the kindest people around. It’s because of these memories that I cry when I see what is happening there today.
Panyijar County sits in the heart of huge swamps, some of the largest in the world. The waters are dotted by dozens of small islands, with lilies and natural vegetation floating in between. Rare eagles compete with the roosters to wake you in the morning. Not much plastic has reached here yet, so the waters are clear of rubbish.
The people of Panyijar have maintained the natural state of this palm tree-laden land. Were South Sudan a peaceful and developed nation, tourism would be a big earner here! And then there are the people.
Panyijar is famous for its culture of giving and sharing. Caring for others is encouraged from childhood. People tell folk tales of the perils of greed to discourage selfishness. It has even been known for families to trace the lineage of potential spouses for meanness, before getting married.
I remember you could move from one corner of the county to the next, meeting friendly faces all the way. You worried little about where to find food or a place to spend the night: someone would always welcome you. Because people had more, they had more to share when others were in need.
I cannot say there were no challenges before the conflict, but Panyijar was peaceful at least. Today, it’s a different story; a story of crisis. When the guns started blazing, thousands of people fled to the islands where they found some kind of safety but little to survive on except boiled water lily bulbs. With few latrines and clean water difficult to find, deadly diseases and suffering have followed.
The talk of the towns was once of cattle arriving from towns nearby. Now you hear of desperate people arriving, forced to flee from their homes. Diseases seem to be killing more than ever.
When, as a child, I felt unwell in the morning, my mother would give me some herbs and by late afternoon I would be back in the field playing with friends. The difference? Back then I ate nutritious food until I was full to the brim, but now the children are almost always hungry.
Food production has declined. There are few places safe enough to farm and fewer young people to do the work as many of them have been sucked into the conflict. We all keep giving and sharing whatever we may have, but with less to go around, our efforts are stretched thin.
It’s heart-breaking to see the state of a place with such huge potential. On my recent return I saw some signs that there can be better days. Community gardens set up with Oxfam’s help were flourishing, supplying some of the only vegetables in the markets.
It can’t be enough to feed the ever-growing population of the islands, but hopefully in better times more people will adopt them. I want nothing more than this place of natural beauty and wonderful people to grow and flourish.
For now, we must avert disaster. Aid agencies like Oxfam are doing all they can to stop things getting even worse and we must all keep working together to bring back my home’s lost glory and better times for South Sudan.
Peace is where it all begins.