Print | Send by email
Raghav Gaiha is (Honorary) Professorial Research Fellow, Global Development Insitute, University of Manchester, England; & Shantanu Mathur is Lead Advisor, Programme Management Department, International Fund for Agricultural Development, Rome, Italy. The views are personal.
NEW DELHI, Dec 19 2017 (IPS) - Lack of diet diversity is viewed as the major cause of micronutrient malnutrition in Sub-Saharan Africa. Imbalanced diets resulting from consumption of mainly high carbohydrate based-diets also contribute to productivity losses and reduced educational attainment and income. Consequently, micronutrient malnutrition is currently the most critical for food and nutritional security problem as most diets are often deficient in essential vitamins and minerals. In Tanzania, for example, most rural and urban households consume mainly staples as their main food, which are high in carbohydrates, but low in micronutrients and vitamins. Staple food items increase energy availability but do not improve nutritional outcomes if not consumed together with micro-nutrient rich foods. 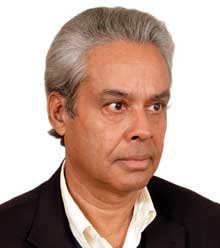 Raghav Gaiha
A positive relationship between farm production diversity and diet diversity is plausible, because much of what smallholder farmers produce is consumed at home. However, this is more plausible for a subsistence economy than one in which market transactions are prominent. Instead of producing everything at home, households can buy food diversity in the market when they earn sufficient income. Farm diversification may contribute to income growth and stability. Besides, as the majority of smallholder households in developing countries also have off-farm income sources, the link between production diversity and diet diversity is further undermined. Finally, when relying on markets, nutrition effects in farm households will also depend on how well the markets function and who decides how farm and off-farm incomes will be allocated to food. It is well-known that income in the hands of women frequently results in more nourishing food-especially for children.


A recent study analyzed the relationship between production and consumption diversity in smallholder farm households in four developing countries: Indonesia, Kenya, Ethiopia, and Malawi (Sibhatu et al. 2014). These four countries were selected mainly because of availability of recent household data. The results are classified under (i) association between production and diet diversity, (ii) role of market access, and (iii) role of selling and buying food. Farm production diversity is positively associated with diet diversity, but the effect is relatively small. In the pooled sample (of all four countries), producing one additional crop or livestock species leads to a 0.9% increase in the number of food groups consumed This effect, however, varies across the countries in question. In Kenya and Ethiopia, the estimates are very small and not (statistically) significant. In these two countries, average production diversity is quite high; further increasing farm diversity would hardly contribute to higher diet diversity. One indicator of market access is the geographic distance from the farm household to the closest market where food can be sold or bought. The estimated effects are negative, implying that households in remoter regions have lower dietary diversity. Better market access through reduced distances could therefore contribute to higher diet diversity. Reducing market distance by 10 km has the same effect on diet diversity as increasing farm production diversity by one additional crop or livestock species. 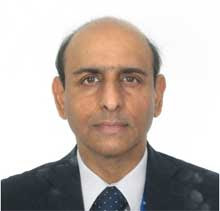 Shantanu Mathur
A more pertinent question is whether this also leads to more healthy diets. Depending on the type of food outlets available in a particular context, buying food may be associated with rather unhealthy diet diversification, for instance, through increased consumption of fats, sweets, or sugary beverages. This is examined by using alternative diet diversity scores, including only more healthy food groups. The finding that better market access tends to increase diet diversity also holds with this alternative measure. However, it is not self-evident that this measure is appropriate for two reasons: (i) one is the failure to distinguish between processed and unprocessed, say, vegetables (eg French fries and boiled potato) with vastly different nutritional implications; and (ii) at best, diet diversity (restricted or unrestricted) is an approximation to nutrients’ intake as there are substitutions both within and between food groups in response to income and price changes (a case in point is different grades of rice).


Another approach is to take into account what households sell and buy. This information is only available for Ethiopia and Malawi. If a household sells at least parts of its farm produce, it has a positive and significant effect on diet diversity. It is also much larger than the effect of production diversity. This comparison suggests that facilitating the commercialization of smallholder farms may be a better strategy to improve nutrition than promoting more diversified subsistence production. Furthermore, the negative and significant interaction effect confirms that market participation reduces the role of production diversity in dietary quality.
Better market access in terms of shorter distance and more off-farm income opportunities increase the level of purchased food diversity. If off-farm income opportunities are greater in rural areas with short distances to market, the market access effect can’t be disentangled from the income effect. The interaction between level of farm income and participation in off-farm activities is often complex as small farmers tend to work as labourers in the latter while relatively affluent dominate as owners in more remunerative enterprises. The two important inferences are: (i) increasing on-farm diversity among smallholders is not always the most effective way to improve diet diversity and should not be considered a goal in itself; and (ii) in many situations, facilitating market access through improved infrastructure and other policies to reduce transaction costs and price distortions seems to be more promising than promoting further production diversification. One major caveat, however, remains. Even the alternative measure of diet diversity/quality is merely a crude approximation to nutrition (Gaiha et al. 2014).
In brief, market access through buying/selling food is more closely associated with diet diversity than production diversity. Diet diversity, however, is a weak proxy for nutrition. Indeed, there is no shortcut to empirical validation of the link between diet diversity and nutritional outcomes-especially consumption of micronutrients.