“Only Our Youth Can Save the Planet” – Kumi Naidoo 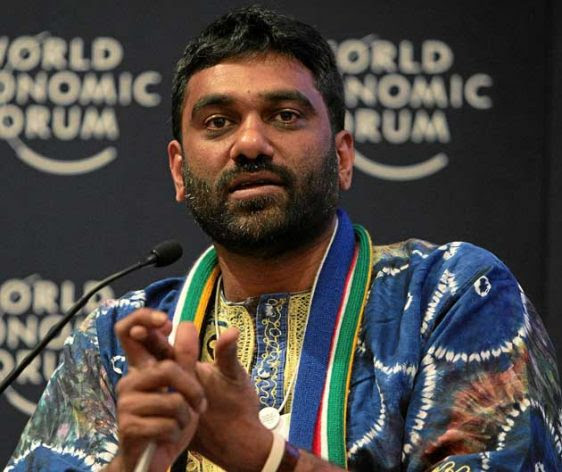 Kumi Naidoo
SUVA, Fiji, Dec 20 2017 (IPS) - “Today’s youth should think of new solutions for old problems like climate change and social injustice.”
That’s the strong message of the South African activist Kumi Naidoo. The former executive director of Greenpeace says young people need to be more innovative and visionary, “because the solutions of my generation have failed.”
After battling apartheid in South Africa, Kumi Naidoo led numerous global campaigns to protect
human rights.
Among other organizations, he headed CIVICUS, an alliance for citizen participation. It was at the International Civil Society Week (ICSW), organized by CIVICUS in Fiji in December, that Naidoo spoke out on youth and innovation.
“My advise for young people is: don’t put any faith in the current leaders. They are the biggest bunch of losers you are going to find. Because they are unwilling to accept that they have got us into this mess,” says Naidoo.
“Basically, we are using old solutions that have never worked in the past anyway,” Naidoo contin-ues.
Albert Einstein said: ‘the definition of insanity is doing the same thing over and over again, expecting to get different results.’ If humanity continues to do what we always did, we will get what always got: inequality, unsustainability and environmental destruction.”
How can young people steer the planet away from insanity?
“The most valuable role that they can play, is bringing fresh lenses to old problems. And not to be scared to be called romantic, unrealistic or idealistic. The so called realistic solutions to today’s
problems are ineffective.”
“In terms of innovation, I really think that the best solutions in the world – even on a small scale – are coming from young people. For example: Four years ago, a group of young schoolgirls in Zambia designed a generator that could run for five hours on one liter of human urine.”
Can local innovation change the whole world?
“We are obsessed with big infrastructure. We have to break out of that. In Africa, the rural popula-tion is short of energy. Big power plants are not going to help those people. Politics get in the way. And lots of energy gets lost in the transmission process. The solution is simple: small grids. All we need is 20 solar panels and connect them to 50 homes. It can be done quickly, it’s not rocket sci-ence.”
You have been a vocal critic of global bodies like the World Economic Forum. You proposed a system re-design. What do you mean by that?
“We are heading towards irreversible and catastrophical climate change. It’s one of the worst cases of cognitive dissonance. All the facts are telling us we have to change. Over the last 10 years, there has been an increase of 100 percent of extreme weather. But nothing is done. Therefore, I believe that innovation will not come from people who are trained in an old system.”
“I’m inspired by my daughter. She was in her early teens when she said that my generation is con-taminated by decades of bad experiences. She was right. The current generation has run out of fresh ideas. Young people will learn more easily, they are essential to innovation. Like the founders of Google, how old where they?”
What’s your dream for the future?
“That young people could recalibrate our values and convince the world that excessive consump-tion does not lead to happiness. I hope that they take us back to basics: a sense of community, sharing and equity. I hope that young people will be able to take us from an polluting economy to one that is based on green and renewable energy. And that extreme poverty will be completely eradicated.”
“My final message to our youth is: you have to resist the old wisdom that young people are the leaders of tomorrow. If you wait until tomorrow, there might not be a tomorrow to exercise it.”
This article is part of a series about the activists and communities of the Pacific who are responding to the ef-fects of climate change. Leaders from climate and social justice movements from around the world met in Suva, Fiji, 4 December through 8 December 2017 for International Civil Society Week.