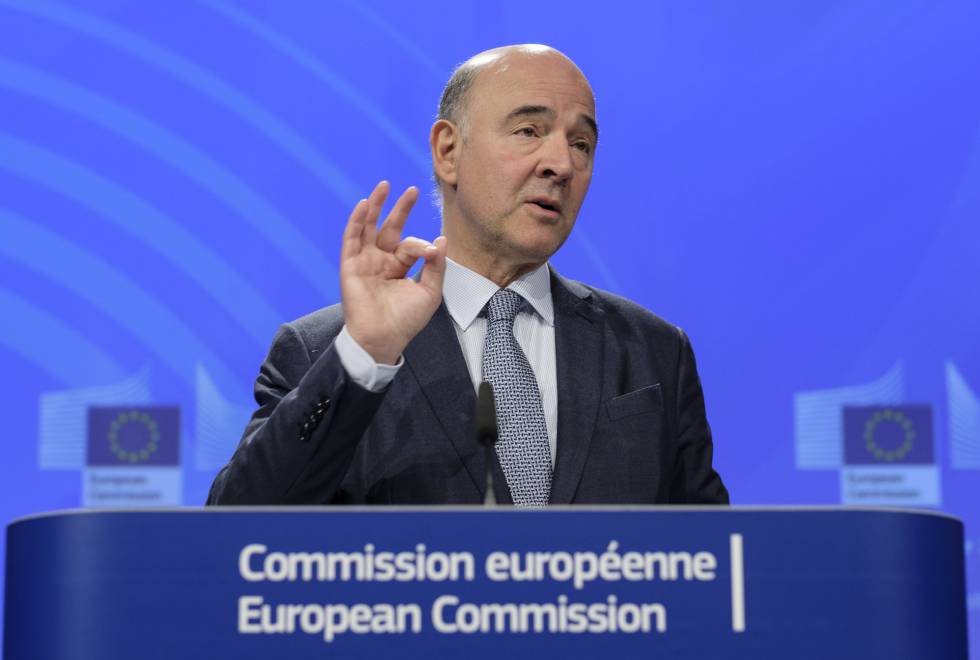 
On December 6, Brussels will propose turning the EU’s bailout mechanism into the European version of the International Monetary Fund (IMF). The proposal, to which EL PAÍS has had access, scales back initial ambitions because of Germany’s reticence to support bolder plans.
With initial firepower of €500 billion, which could be boosted up to a further 20%, the new European Monetary Fund will bail out member states in exchange for reforms, as the European Stability Mechanism (ESM) has done in the past with Greece, Ireland and Portugal. The ESM also issued a loan to Spain in 2012 to recapitalize its banking sector.
All the most relevant decisions, such as raising capital or bailing out a member, will require a unanimous vote
The new agency will also handle a future anti-crisis budget for the euro zone and have the ability to borrow from the markets.
“It’s been nearly 16 years since the first euro bills and coins entered the daily lives of Europeans,” begins the draft proposal to create the EMF.
The 47-page document represents a small revolution for the euro zone. Brussels is aware that the euro is a young currency with flaws that are difficult to fix due to the North-South divide and the irreconcilable differences between the various economic policy cultures.
The euro has survived the EU’s great crisis, but it is caught in a low-intensity warfare between creditors and debtors. Faced with the danger of disintegration, European institutions are launching a reform based on three pillars: the European fund (which might end up being called the European Stability Mechanism), a eurozone budget to deal with financial crises, and a “super-minister” to oversee the EU economy [see box below].
“The economic union is more solid than it was before the crisis, but it is still incomplete,” reads the document.
The new EMF would be like a bridge linking the minimum goals sought by Paris and Brussels with the maximum concessions that Berlin is willing to make. Germany has pushed to ensure that the new mechanism takes charge of overseeing fiscal policy but avoids creating a EU budget. But French President Emmanuel Macron and European Commission chief Jean-Claude Juncker have been actively pursuing a more ambitious reform.

The economic union is more solid than it was before the crisis, but it is still incomplete

According to the draft document, the current ESM will morph into the EMF, which will come to the rescue when a member state has trouble borrowing from the markets. The loan program will include requirements for adjustment and reforms.
The new agency will have a board of governors (the EU’s finance ministers) and a board of directors chaired by Germany’s Klaus Regling, current managing director of the ESM. All the most relevant decisions, such as raising capital or bailing out a member, will require a unanimous vote. Bailout amounts will require a qualified majority of 85% of votes, compared with 80% now. This automatically awards veto power to Germany, France and Italy. Spain, representing 12%, will still lack this veto power in the new EMF.
Besides creating a European version of the IMF and an anti-crisis budget, Brussels is planning to appoint a new “super-minister” to deal with the EU’s economic and financial affairs, according to a draft proposal to be presented on December 6.
This new appointee will also be vice-president of the European Commission and head of the Eurogroup, which regularly brings together finance ministers at informal meetings. The super-minister will also represent Europe at world forums such as the G20 or IMF.
This post is “the next natural step” toward completing monetary union and streamlining a complex organizational chart. The minister’s main task would be to coordinate economic policies.
Publicado por salud equitativa en 3:58