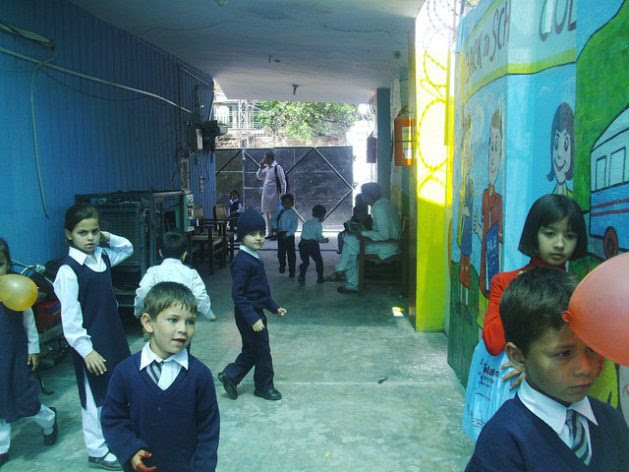 Since the late 1990s, many countries have embraced Public-Private Partnerships for areas ranging from healthcare and education to transport and infrastructure as a solution to persistent underdevelopment. Credit: IPS
KUALA LUMPUR, Nov 28 2017 (IPS) - Public-private partnerships (PPPs) are essentially long-term contracts, underwritten by government guarantees, with which the private sector builds (and sometimes runs) major infrastructure projects or services traditionally provided by the state, such as hospitals, schools, roads, railways, water, sanitation and energy.
Embracing PPPs
PPPs are promoted by many OECD governments, and some multilateral development banks – especially the World Bank – as the solution to the shortfall in financing needed to achieve development including the Sustainable Development Goals (SDGs).
Since the late 1990s, many countries have embraced PPPs for areas ranging from healthcare and education to transport and infrastructure with problematic consequences. They were less common in developing countries, but that is changing rapidly, with many countries in Asia, Latin America and Africa now passing enabling legislation and initiating PPP projects.
Nevertheless, experiences with PPPs have been largely, although not exclusively negative, and very few PPPs have delivered results in the public interest. However, the recent period has seen tremendous enthusiasm for PPPs.
Financing PPPs
Undoubtedly, there has been some success with infrastructure PPPs, but these appear to have been due to the financing arrangements. Generally, PPPs for social services, e.g., for hospitals and schools, have much poorer records compared to some infrastructure projects.
One can have good financing arrangements, e.g., due to low interest rates, for a bad PPP project. All over the world, private finance still accounts for a small share of infrastructure financing. However, concessional financing arrangements cannot save a poor project although they may reduce its financial burden.
PPPs often involve public financing for developing countries to ‘sweeten’ the bid from an influential private company from the country concerned. ‘Blended finance’, export financing, and new aid arrangements have become means for governments to support their corporations’ bids for PPP contracts abroad, especially in developing countries. Such business support arrangements are increasingly passed off and counted as overseas development assistance (ODA).
Undermining rights
PPPs often increase fees or charges for users of services. PPP contracts often undermine consumer, citizen and human rights, and the state’s obligation to regulate in the public interest. PPPs can limit government capacity to enact new policies – e.g., strengthened environmental or social regulations – that might affect certain projects.
PPPs are now an increasingly popular way to finance ‘mega-infrastructure projects’, but dams, highways, large-scale plantations, pipelines, and energy or transport infrastructure can ruin habitats, displace communities and devastate natural resources. PPPs have also led to forced displacement, repression and other abuses of local communities and indigenous peoples.
There are also growing numbers of ‘dirty’ energy PPPs, exacerbating environmental destruction, undermining progressive environmental conservation efforts and worsening climate change. Typically, social and environmental legislation is weakened to create attractive business environments for PPPs.
PPPs often expensive, risky
In many cases, PPPs are the most expensive financing option, and hardly cost-effective compared to good government procurement. They cost governments – and citizens – significantly more in the long run than if the projects had been directly financed with government borrowing.
It is important to establish the circumstances required to make efficiency gains, and to recognize the longer term fiscal implications due to PPP-related ‘contingent liabilities’. Shifting public debt to government guaranteed debt does not really reduce government debt liabilities, but obscures accountability as it is taken ‘off-budget’ and no longer subject to parliamentary, let alone public scrutiny.
Hence, PPPs are attractive because they can be hidden ‘off balance sheet’ so they do not show up in budget and government debt figures, giving the illusion of ‘free money’. Hence, despite claims to the contrary, PPPs are often riskier for governments than for the private companies involved, as the government may be required to step in to assume costs if things go wrong.
Marginalizing public interest
Undoubtedly, PPP contracts are typically complex. Negotiations are subject to commercial confidentiality, making it hard for parliamentarians, let alone civil society, to scrutinize them. This lack of transparency significantly increases the likelihood of corruption and undermines democratic accountability.
PPPs also undermine democracy and national sovereignty as contracts tend to be opaque and subject to unaccountable international adjudication due to investor-state dispute settlement (ISDS) commitments rather than national or international courts. Under World Bank-proposed PPP contracts, national governments can even be liable for losses due to strikes by workers.
Thus, PPPs tend to exacerbate inequality by enriching the wealthy who invest in and profit from PPP projects, thus accumulating even more wealth at the expense of others, especially the poor and the vulnerable. The more governments pay to private firms, the less they can spend on essential social services, such as universal social protection and healthcare. Hence, PPP experiences suggest not only higher financial costs, but also modest efficiency gains.
Government procurement viable
One alternative, of course, is government or public procurement. Generally, PPPs are much more expensive than government procurement despite government subsidized credit. With a competent government doing good work, government procurement can be efficient and low cost.
Yet, international trade and investment agreements are eroding the rights of governments to pursue such alternatives in the national interest. With a competent government and an incorruptible civil service or competent accountable consultants doing good work, efficient government procurement has generally proved far more cost-effective than PPP alternatives. It is therefore important to establish under what circumstances one can achieve gains and when these are unlikely.