Trump and the Iran boomerang | The Indian Express

Trump and the Iran boomerang | The Indian Express Trump and the Iran boomerang

New US sanctions can hurt Iran. But they also risk alienating young Iranians from America The electoral results might mean a big political setback for the Trump administration and its hawkish agenda for Iran. (Illustration by CR Sasikumar)
Seven months after US President Donald Trump signed an executive memorandum kicking off the process for America to withdraw from the Iran nuclear deal, new wide-ranging sanctions on Iran’s oil exports as well as its shipping and aviation industries are coming back into force. These new sanctions will have far-reaching impact for global financial businesses and world energy markets in general, and for Middle Eastern geopolitics in particular.
This is a great risk taken by Trump, who received a bloody nose in the US mid-term elections. The electoral results might mean a big political setback for the Trump administration and its hawkish agenda for Iran. However, even with a Democratic majority in the House of the Representatives, it is very unlikely that the US government would return to the Joint Comprehensive Plan of Action (JCPOA). That said, one way or another, imposing sanctions on Iran in order to destabilise the Iranian government will not be an easy task for Trump and his collaborators.
For the time being, the sanctions have not created any dangers and difficulties for the stability of the Iranian regime. If the current measures are deemed unsuccessful, then the US will most certainly look for stronger sanctions. Moreover, the bullying attitude of the Trump administration with regard to the regime of the Ayatollahs and the Iranian Revolutionary Guards, will remain the same or might even take a stronger tone.
According to the US Secretary of State, Mike Pompeo, “The Iranian regime has a choice: It can either do a 180-degree turn from its outlaw course of action and act like a normal country, or it can see its economy crumble.” This, even as the US Treasury Secretary, Steven Mnuchin, asserted himself to the Iranian authorities by pointing out that the new sanctions “should make clear to the Iranian regime that they will face mounting financial isolation and economic stagnation until they fundamentally change their destabilising behaviour.”
Now, all eyes are on Iranian oil exports and the fall of oil production in Iran, though the US has granted temporary waivers to eight jurisdictions (including India) to continue importing Iranian oil. Surprisingly, Italy and Greece have received the waivers, while Germany, France and other European states did not. One reason might be that the US is trying to punish those states that seek to develop or join alternative payment systems and other means of evading any US sanction pressures. No matter what, many of the US’s allies in Europe, and competitors such as Russia and China, will overwhelmingly continue to support the JCPOA. This is one of the reasons why the Iranian authorities show a great sense of confidence in their anti-American policy.
A few days ago, in an interview to USA Today, Iran’s foreign minister Mohammad Javad Zarif dismissed the possibility of any future dialogue between Iran and the Trump administration. “There has to be the foundation for a fruitful dialogue, it doesn’t have to be the next administration”, he affirmed. “It has to be a new approach, a different approach. I mean, we never negotiated in a positive atmosphere. It’s up to the Americans to decide who they want to elect as their leader. We want to see a different approach. We don’t care who is behind that approach.”
Despite talks of a defiant strategy in Tehran, the consequences will certainly be catastrophic for the Iranian economy. The continuous slogans of “Death to America” and the burning of pictures of President Trump aside, the shine of the Rouhani government has already worn off for many ordinary Iranians. It remains unclear how the Iranian population will react to the new harsh sanctions on Iran’s oil exports. Already angry that the previous sanctions on Iran have caused a fall in the country’s revenues, devaluation of the national currency and an increase in inflation and unemployment, Iranians are demoralised and depressed. There has been a deterioration of people’s overall welfare and access to everyday necessities such as nutritious food, healthcare and medicine has become more difficult, especially for the poor, patients, women and children.
Iran cannot appropriately handle the humanitarian crisis caused by sanctions and still maintain a level of its population’s enjoyment of their basic rights. However, it is not the same story for the Iranian Ayatollahs, and more specifically, Iran’s Islamic Revolutionary Guard Corps (IRGC). While sanctions may theoretically serve to stop IRGC access to international financing through front companies, the real opportunities for those who control the Iranian economy lie in the black market, and lucrative smuggling in narcotics, alcohol and consumer goods. Let us not forget that illicit trade accounts for more than 10 per cent of Iran’s total exports.
From this perspective, the new sanctions imposed by the Trump administration on Iran will not have any immediate effects on the clandestine ownership of major Iranian enterprises by groups such as the IRGC. As in the past, tougher US sanctions will give more power to IRGC which has become a state-within-a-state. With a population of 80 million, many of them highly educated, Iran is not an easy ball to juggle.
As such, it would be a huge strategic mistake for Washington if young Iranians, traditionally among the most pro-American Middle Eastern youth, turn against the United States because of Trump’s dream of making the new Middle East.
The writer is professor and vice-dean, Jindal Global University.
For all the latest Opinion News, download Indian Express App
More From Ramin Jahanbegloo 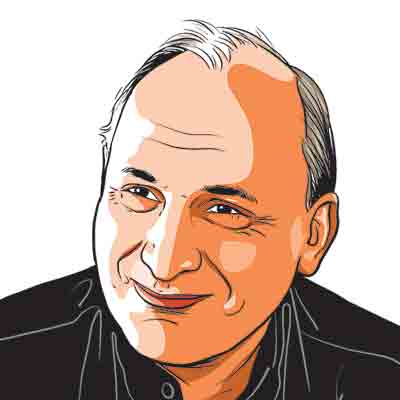