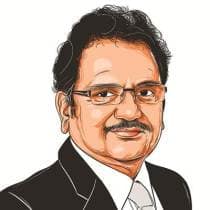 India slips in global RTI ratings. But is the ranking system flawed? It is surprising to note that despite the RTI statute in India remaining the same along with its legal framework, India has slipped from its second position (2011) to fourth, fifth and sixth in 2016, 2017 and 2018 respectively.
In the recent global RTI ratings, a programme founded by the Centre for Law and Democracy (CLD), a Canada-based non-governmental organisation, along with Access Info Europe, India has slipped a rung further this year to the sixth position. Ironically, India ranks lower than smaller nations like Afghanistan — which adopted the RTI later than India — and Serbia, in these ratings, made on the basis of 61 indicators.
According to CLD, the global RTI rating is a system for assessing the strength of the legal framework for guaranteeing the right to information in a given country. It is, however, limited to measuring the legal framework only and does not gauge the quality of implementation.
It is surprising to note that despite the RTI statute in India remaining the same along with its legal framework, India has slipped from its second position (2011) to fourth, fifth and sixth in 2016, 2017 and 2018 respectively. According to the rating agencies, India scored 128 out of a possible total of 150 points. Out of the 61 indicators, there are nine indicator categories under which India’s points have been downgraded.
Presumption for access subject to limited exceptions is indicator number two. Section 8(2) of Indian RTI Act specifically overrides Official Secrets Act 1923, and has made disclosure a rule and secrecy an exception. Yet, India was given one instead of two points.
The seventh indicator is the non-exclusion of executive and administrative units like ministries, local bodies, police, armed forces and bodies controlled or owned by the above. Our public authority definition covered these aspects, but CLD says that jurisdiction exclusion of the state of Jammu and Kashmir and broad exemption to 18 bodies under Section 24 reduced India’s points.
The 22nd indicator was of a clear maximum timeline for processing requests and India got one out of two points — though our Act states that information should be given as soon as possible, with a maximum limit of 30 days. In contrast, two points were given to Afghanistan which also said the same — “as soon as possible” — without maximum limit.
India and Sri Lanka prescribe fees for information, but on this, the 24th indicator, India was given one while Sri Lanka got two points. No charges and limitations on the reuse of information obtained under RTI was the 27th criterion. The Indian Act does not prohibit it, and the courts have said it can be used as evidence. Still, India was given zero out of two.
For the 30th criterion, pertaining to the “harm test”, India was given only one point while Afghanistan was awarded four points for equally applying the harm test to all clauses of exemption. In India, Section 8(2) says that notwithstanding the Official Secrets Act 1923, nor any of the exemptions in Section 8(1), access to information cannot be denied if public interest in disclosure outweighs the harm to protected interest. It is clear that the mandate of the International Agency for meeting this indicator is fully met by the Indian RTI Act.
Criterion 51 deals with a system for redressing the problem of public authorities which systematically fail to disclose information or underperform. India provides for sanction against officers and compensation against authorities, which is ignored. Afghanistan gets two points here, though it does not mention anything in law, while India was given one.
Legal protections against imposing sanctions on those who, in good faith, release information which discloses wrongdoing (whistleblowers) is criterion 53. The rating agency maintains that in India there are no such protections, while Afghanistan and Serbia do have them. Section 21 of the Indian RTI Act says, “No suit, prosecution or other legal proceeding shall lie against any person for anything which is in good faith done or intended to be done under this Act or any rule made thereunder”. This gives immunity to all persons who give information under this Act. But this is ignored. The rating agency mentions: “A bill is currently in Parliament (as of September 2011), but at the time of review there was no such protection”. The agency overlooked the fact that the Whistleblowers Protection Act was actually passed by the Parliament in 2014. On this count, depriving India of points would be unfair, though it should be mentioned that the Act does not consider any information-seeker under RTI as a whistleblower.
It is evident that had the rating agency gone through the RTI Act and the legal framework of India more closely, India would have got 140 of 150 points and retained its position on the top, if not among the top three.
The point which needs reconsideration at present is the blanket exemption of some organisations from furnishing information under Section 24 of the Act. The preamble of the RTI aims at promoting accountability and minimising corruption. Then how can a premier police agency like the CBI, which aims to fight corruption, be exempt from furnishing information on corruption? This is an anomaly which we must seriously seek to ponder on.
The writers are Central Information Commissioners
Publicado por salud equitativa en 4:46